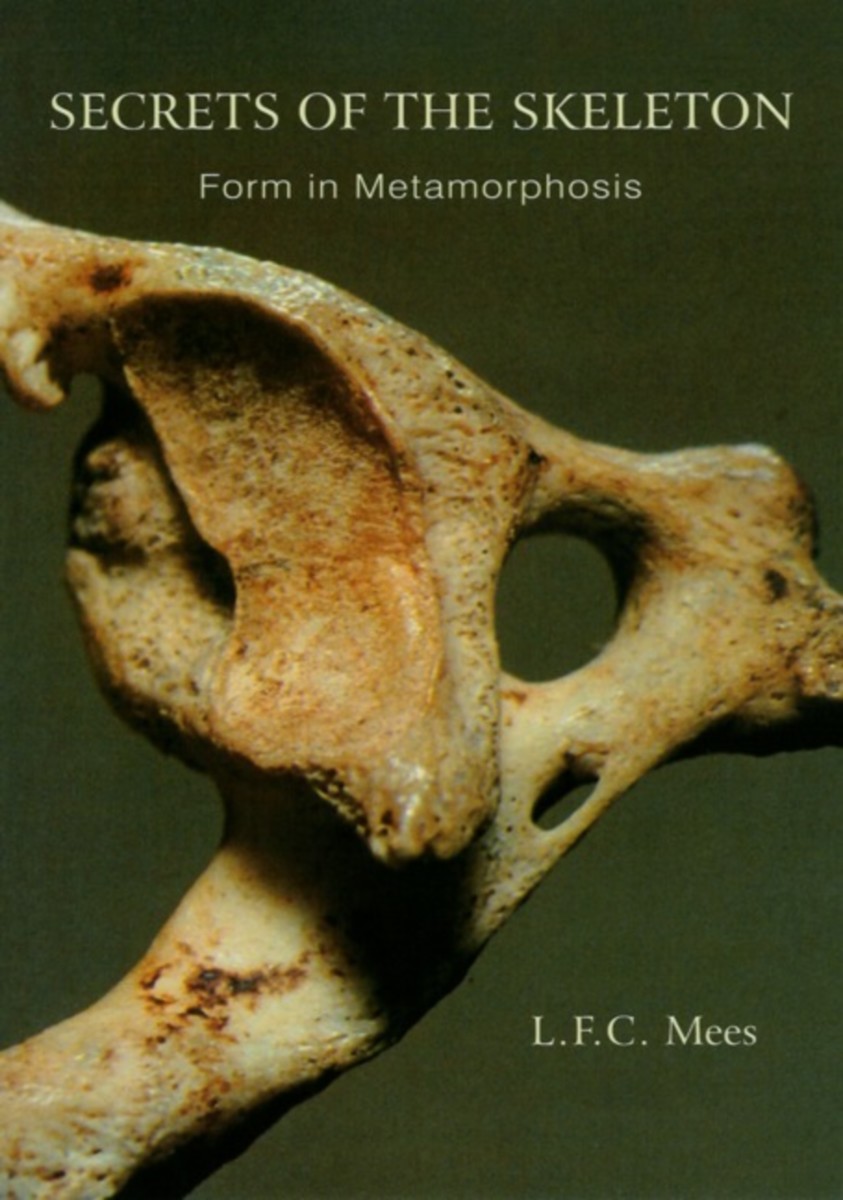 Secrets of the Skeleton

“In this book, we are not dealing, as is usually the case, with statements that are, in my opinion, established facts.... The artistic part that lives in some form in each human being can be used as a means of observation. Thus, it is possible to observe things that would escape those who take the purely analytical, scientific approach.... It is of prime importance to discover a certain order, a plan, in the multitude of shapes. To achieve this, we must study the skeleton as a whole. For our purpose, it is also necessary to study the shape of a number of bones in a new way and by mutual comparison.” —L. F. C. Mees

In this seminal study of human bone forms, Dr. Mees reveals the skeleton as an articulate work of art. But who is the artist? Using a blend of phenomenological observations and artistic intuition, the author carefully explores the anatomical facts of the human skeleton, with the beauty of many bones impressively described and illustrated through numerous parallel photographs and illustrations.

Dr. Mees discovers numerous intriguing correspondences of form, especially between bones of the lower body and those of the skull. Interpreting the gestural language hidden within the skeleton from the background of Rudolf Steiner’s spiritual science, the author reaches startling conclusions concerning those correspondences—conclusions that support the reality of reincarnation and the concept of a body of formative forces, or what some call the human “etheric body.”

The book also contributes a discussion of polarity and intensification—the essential laws of metamorphosis, as discovered by Goethe and revealed in his writings. Mees clarifies the various types of metamorphosis as characterized by the living realms of plant, animal, and human, and this, in turn, sheds new light on the creationist vs. evolutionary controversy, as well as several other contemporary spiritual dilemmas.

This volume is a translation from Dutch of Geheimen van het Skelet.

2. Metamorphosis in the Vegetable, Animal, and Human Realms

3. Metamorphosis in the Human Skeleton

4. Viewing Our Discovered Phenomena in a New Light

5. The Tripartite Human Being

Leendert F. C. Mees, M.D. (1902–1990), was born in Amsterdam and studied medicine before becoming a student of the anthropologist Louis Bolk. At the time, he also met Rudolf Steiner and became a lifelong student of Anthroposophy. From 1930 on, he practiced general medicine in The Hague and was also a doctor and teacher at the Waldorf school there. In 1959, he and his wife established a clinic for artistic therapy in Dreibergen. In 1969, he began writing extensively and lecturing worldwide on medicine, evolution, education, and other topics.

If the Organs Could Speak
The Foundations of Physical and Mental Health: Understanding the Character of our Inner Anatomy

Threefoldness in Humans and Mammals
Toward a Biology of Form

What Makes Blood Move?
A Mind-Body Physiology of the Heart

The Wisdom of Teeth
Dentosophy, a Gateway to Health: From Oral Balance to Total Balance
OR