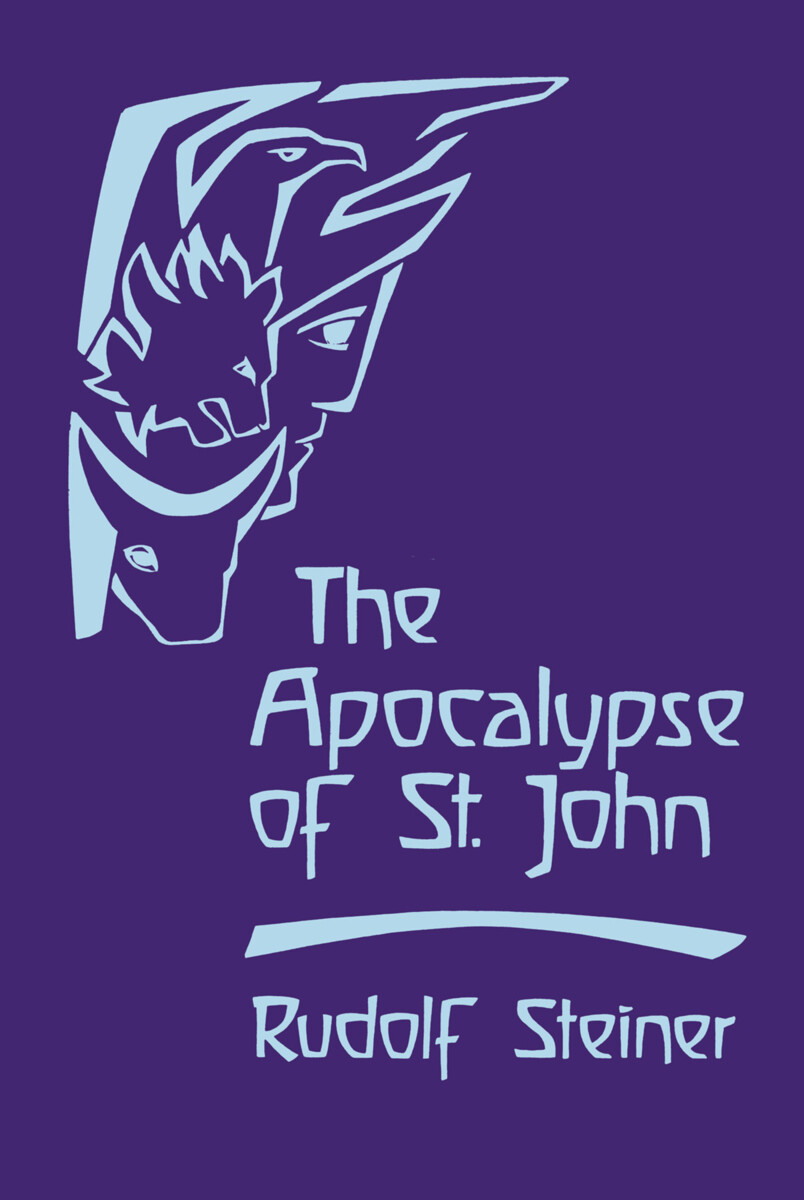 The Apocalypse of St. John

Lectures on the Book of Revelation (CW 104)

Initiation enables a person to see, understand, and communicate what may be observed with spiritual eyes. St. John's text arises from such an initiation. It addresses the fundamental questions of existence that every human being asks: Where are we? Where have we come from? Where are we going? And because it arises from esoteric Christian vision, it emphasizes the task of the individual: What am I, and what is my purpose now in this era of cosmic and human evolution?

Steiner shows that the messages to the seven churches and the unsealing of the seven seals must be understood as an initiation text. Based on his initiation and on spiritual science, Steiner interprets John's insights into cosmic and human history. In this way, the spiritual images of John's writing—the twenty-four elders, the sea of glass, the woman clothed with the sun, the vials of wrath, the lamb and the dragon, the new heaven and the new earth, and the number of the beast—all take on new meaning.

Since the previous painful century has closed, these important words have even greater meaning and significance. Readers interested in contributing their moral will to future generations cannot afford to pass them by.

This volume is a translation from German of Die Apokolypse des Johannes (GA 104).

From the Preface by Marie Steiner to the 1st German Edition, 1945
Introductory Lecture: Spiritual Science: The Gospels, the Future of Mankind

1. The Apocalypse as a Description of Christian Initiation
2. The Nature of Initiation: The First and Second Occult Seal Pictures
3. The Messages to the Seven Churches
4. The Seven Seals and their Unsealing
5. The Development of Man in Connection with the Cosmic Development of Earth
6. Man in the Lemurian and Atlantean Epochs and the Mystery of Golgotha
7. The Development of the Personality that Has a Consciousness of Self
8. The Future Development of Mankind: The Civilization of the Seven Seals and the Seven Trumpets
9. Transition to the Spiritualized Earth: The Woman Clothed with the Sun
10. The Process of Evolution through the Seven Conditions of Consciousness, of Life, and of Form
11. The Number 666: Sorath the Sun-Demon
12. The First and Second Deaths: The New Heaven and the New Earth

READ A REVIEW OF THIS BOOK BY BOBBY MATHERNE.

The Book of Revelation

Revelation
A Cosmic Perspective
OR