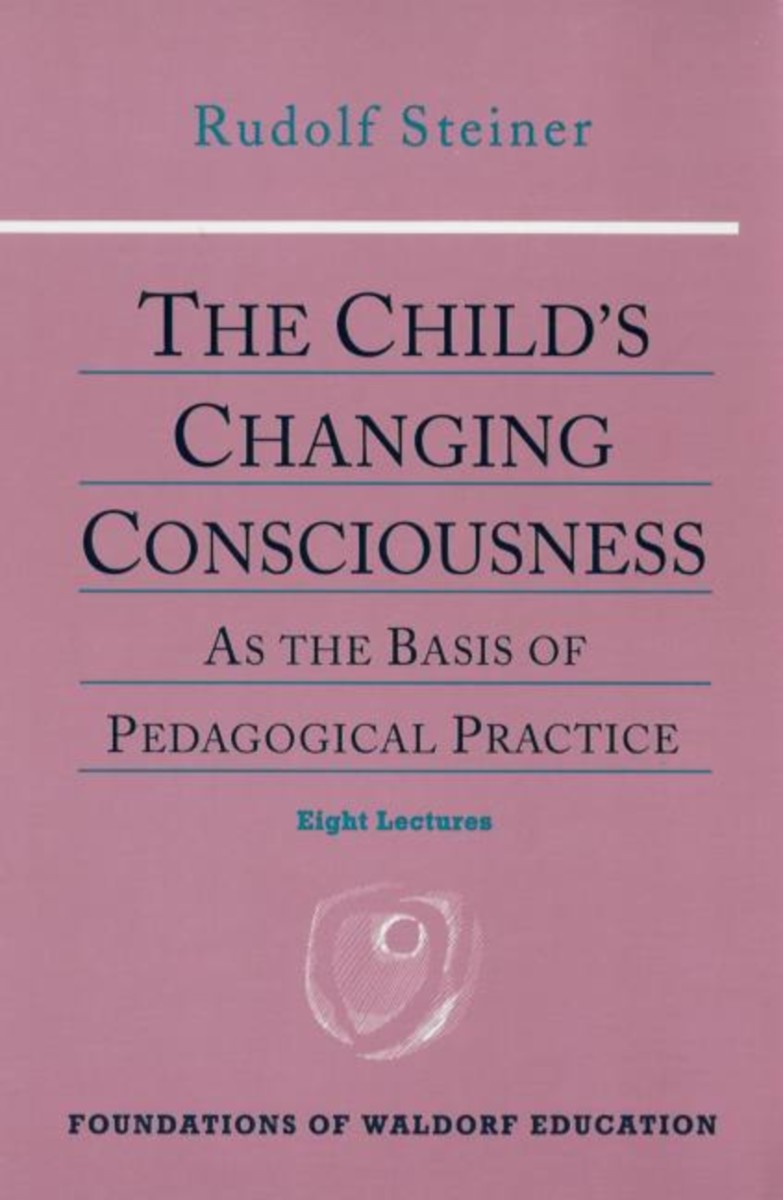 As the Basis of Pedagogical Practice (CW 306)

Three and a half years after the founding of the first Waldorf school in Stuttgart, Germany, these talks were given to an audience of Swiss school teachers, most having little knowledge of Anthroposophy. This is the context of these lectures, which are among Rudolf Steiner's most accessible talks on education.

A teacher who attended the lectures wrote in the Berne school paper:

“Every morning, as we listened anew to Dr. Steiner, we felt we had come closer to him and understood better what he had to say and how he had to say it. Daily, we newcomers gathered, asking ourselves: Why are more of our colleagues not here? It is untrue that anthroposophy limits a person, develops blinkers, or avoids real life.... Step by step, Dr. Steiner shows its application to life...illumining the details and disclosing their connection with profound questions of life and existence. I came to the conference to stimulate my school work. I found benefit in abundance. But also, I unexpectedly received a greater richness for heart and soul—and, from this in turn shall stream richness for my classes.”

In other words, these lectures are ideal for anyone who is approaching Waldorf education for the first time. Using language that any teacher or parent can understand, Steiner goes into the essentials of his educational philosophy, providing many examples and anecdotes to convey his meaning. In this way, against the background of the developing child, he allows the curriculum and the method of teaching to emerge as the commonsense conclusion of practical experience.

1. April 15, 1923: What must happen for education to receive a new heart again? The intellectual age has reached a one-sided view of the human being. Its ﬁndings are based upon what becomes evident when the spiritual and some of the soul forces are left out of account. Many elements of an unreal soul constitution have crept into the present-day scientiﬁc viewpoint of the world. To reach the human being, living ideas are needed. In educational practice the whole life span of the human being needs to be considered.

2. April 15, 1923: Knowledge of the growing child—the ﬁrst three faculties: walking, speaking, and thinking. In coming to terms with statics and dynamics, the weaving of destiny is hidden. From its environment the child absorbs the soul element of its surroundings. Through thinking it takes hold of outer nature.

3. April 17, 1923: Imitation as a natural law. Religious devotion toward the surrounding world. The widening of the horizon through the child's walking, speaking and ﬁrst thinking. Approaching the artistic element through the medium of language. The child needs a pictorial, and not a logical approach. During the second life period acceptance of authority becomes a natural law. With the change of teeth memory begins to develop out of the child's ensouled life of habit. The interweaving of breathing and blood circulation within the rhythmic system during the ninth and tenth years, and, through it, the child's taking hold of the musical forces. Puberty. The nature of the rhythmic system.

4. April 18, 1923: The importance of play during the stage of imitation. The transformation of play into work. Writing out of the activity of painting and drawing. Learning to read. Speech. Vowels and consonants. The main periods of life and the ninth year in particular. The “I” and the surrounding world. First nature study. The plant world from the earthly point of view. The animal world as an unfolded or spread-out human being.

5. April 19, 1923: The child's life of feeling between the seventh and fourteenth years. The nature of authority. The child's life of will. The child's experience of the pictorial element before and after the ninth year. The artistic element in lessons. The different characteristics of the human members during the course of life. After the twelfth year the sense for causality begins to develop. The child is now ready for lessons on mineralogy, physics, and a causal interpretation of history. The harmful effects of premature judging. The crisis around the ninth year. Color perspective and ﬂexibility of soul. Learning to read. The transition of knowledge into faculties.

6. April 20, 1923: The relationship of the individual to the body social. The three fundamental virtues: gratitude, love, and a sense of duty, and their development. The need to introduce an element of “soul breathing” in the lessons. Seriousness and humor. An all-embracing attitude to life should pervade the teacher's soul and spirit. Education and healing. Education is self-education. The teacher needs to cultivate unselﬁshness. Education as a social deed. Institutions are of little signiﬁcance in social development. The two guiding principles for working in the social sphere.

7. April 21, 1923: The need to compromise in coping with the demands of modern life, especially after the twelfth year. Through the sense of gratitude and the ability to love, the third fundamental virtue is unfolded, namely the sense of duty. After the twelfth year, and especially after puberty, education must enter practical activities: lessons in knitting, sewing, weaving, spinning, and bookbinding for both boys and girls. Introduction of simple mechanical and chemical processes used in technology and the ensuing permeation of the physical body by soul and spiritual forces. Shortage of available lesson time due to pressure of exam work. The tragedy of materialism.

8. April 22, 1923: Running a school on the principles presented in the course. Equal consideration must be given to body, soul, and spirit. The hygienic and therapeutic aspect of education. The interweaving and interaction of the three main systems: nerves and senses, the rhythmic system, nutrition and movement. Children's illnesses during the ﬁrst seven-year period. The second seven-year period is the healthiest, because the rhythmic system radiates out into the child's entire organism and the rhythmic system never tires. Faculty meetings as the lifeblood of the school. The school doctor. How to treat the various temperaments. Each detail within the entire school life must reﬂect the spirit reigning throughout the school. Block periods in Main Lessons. Language lessons. Gymnastics and eurythmy. The entire human organism is oriented towards the forces of music. Waldorf education as an education for all humankind.

Introductory Words to a Eurythmy Performance