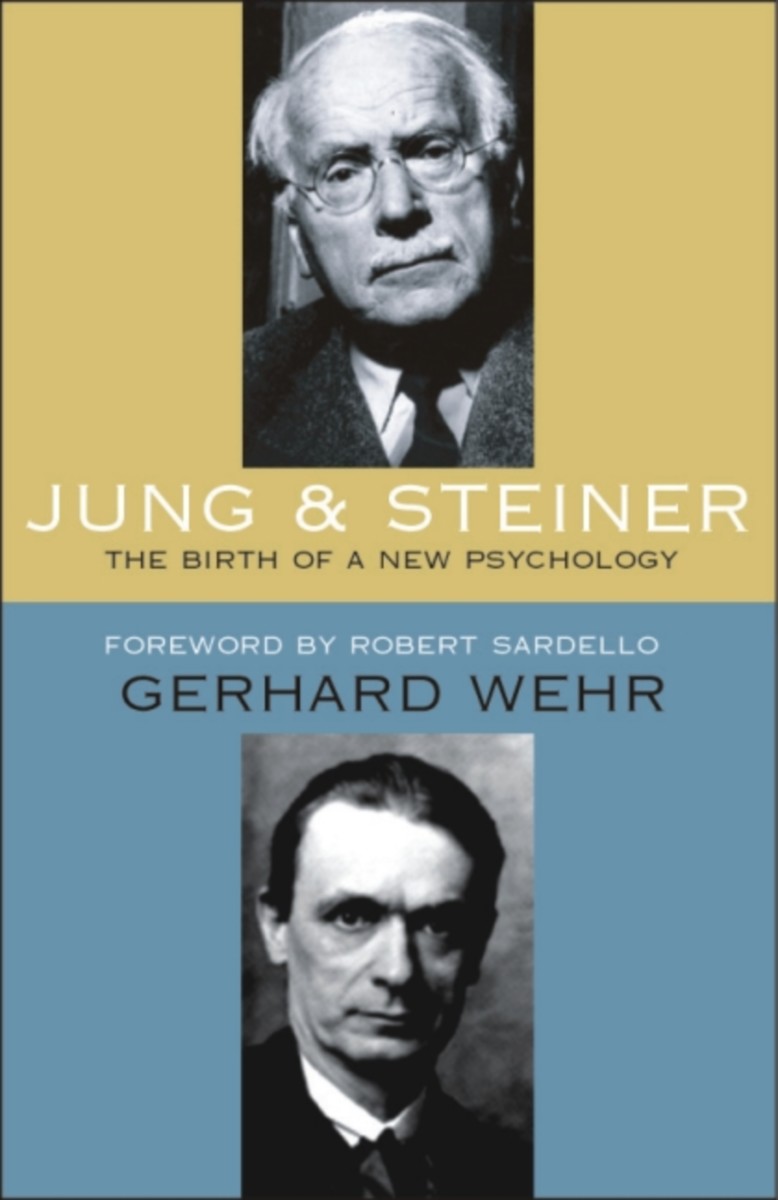 The Birth of a New Psychology

A series of extraordinary questions begin to hover when we consider C.G. Jung and Rudolf Steiner together.

What is the relationship between their views of psychology?
How can we compare their views on evil, East and West, life after death, technology, clairvoyance, the Christ, alchemy, spiritual practice?
Is Jung’s individuation process the same as Steiner’s development of individuality?
How does the Jung’s Self relate to Steiner’s “I”?

To answer these questions, Gerhard Wehr—an anthroposophist and Jung biographer, as well as author of books on the Western spiritual tradition—visualizes Jung and Steiner and the essential elements of their thinking together. This opens us to new insights and forms a basis for a spiritual psychology that integrates both approaches.

Wehr’s skilled and articulate understanding of Jung and Steiner takes us into many themes. He clarifies the difference between soul consciousness and spiritual consciousness. He shows how meditation relates to the image work of the soul; and he compares the soul and spiritual views of sexuality.

The author also considers the Grail stream as a way of uniting Jung and Steiner. He discusses the significance of a therapeutic perspective large enough to address the cultural problems of our time. By approaching two such important worldviews with depth, they are enlarged, strengthened, and revitalized. If taken to heart, this work can free both spiritual science of Steiner and the analytic psychology of Jung from the dangers of dogmatism.

This work marks a significant step toward genuine spiritual psychology.

This engaging book explores "soul" and "spirit" as experienced and expounded upon by two creative geniuses whose works, and living examples, are of enormous significance for our time: C.G. Jung and Rudolf Steiner.
As one familiar with the works of both men but an expert on neither, I enjoy Gerhard Wehr's perspective and generous style. Absorbing his take on their biography, key ideas, and methods is like hearing favorite musical pieces interpreted by a previously unknown but gifted and seasoned conductor; their life comes forward anew, encouraging subtler reflection, even when I end up seeing differently or would opt for a different vocabulary.
Jung & Steiner is a trio, really: an introduction by Robert Sardello, Wehr's text, and then an appendix with three lectures on "Riddles of the Soul" by Hans Erhard Lauer. It should be enormously helpful to depth psychologists and anthroposophists alike, and virtually any Westerner seriously interested in discovering individual and collective spiritual potentials.
Robert Sardello's introduction is worth the price of admission by itself, and gains in power and value when reread after completing the book. Sardello sets the stage by offering that "Steiner followed the spirit side of the Grail myth; Jung on the soul side," then he makes a strong case for why we need to call upon both methods in our current crisis situation. His mature observations on distinguishing love and desire, and working intelligently with both, are wise and fertile.
Wehr's text compares similarities and differences in the conceptual shells of the two systems in admirable detail. More significantly, though, it juxtaposes core insights of these two prolific geniuses in a way that coaxes something new from the tension between them.
With profound respect for the integrity of both men, Wehr treats the concepts they produced as accurately expressing concrete experiences of their respective realms of expertise. While he finds many commonalities, their broad divergences may prove more useful—to the extent that they help us distinguish the voices of psyche and spirit in ourselves.
Wehr's Jung is fundamentally a physician, focused on healing mental disturbances, receptively tuning in to deeper experiences of psyche to midwife needed changes in a patient's conscious attitude or structure, generally reluctant to speculate (though with notable exceptions) what, if anything, might lie beyond psyche's archetypes. His Steiner is fundamentally a spiritual researcher, inspiring the active development of soul faculties that can give us conscious access to a realm of differentiated spiritual beings that underlies those archetypes and the world, and is immanent in the evolution of both. Modulating these perspectives, Robert Sardello suggests that trying to go Steiner's way without first, or at least also, going Jung's way, is unlikely to take us where Steiner is pointing; and that one pursuing depth psychology alone easily falls prey to believing that any strong desire we have, because it is of soul, must be good.
The book concludes with three brilliantly clear lectures by Hans Erhard Lauer. Originally published in 1960, and appearing here in English for the first time, they express Lauer's perspective on how anthroposophy enlarges upon and clarifies the findings of depth psychology.—Reviewed by Paul Cash
Paul Cash in the director of Larson Publications and a student of soul and spirit in the school of Paul Brunton and Anthony Damiani.

[Posted on the newsgroup alt.books.reviews]
May 2003

In Sardello's Foreword, he summarizes Wehr's goal in this extended and perspicacious comparison of the groundbreaking psychologists Steiner and Jung. Like Sardello, Wehr has long been interested in "bringing the soul psychology of C. G. Jung into a relation with the spiritual science of Rudolf Steiner." Such a creative synthesis could "give birth to a new psychology—one that is fully cognizant of the spiritual and soul worlds and how human consciousness forms in association with them." While recognizing that Jung and Steiner use different terminology and have different conceptions, Wehr nonetheless recognizes essential interests, concerns, and ends between them. These are found mostly by understanding and analysis, and to some degree deconstruction, of the notions of individuality and its formation and development which were central subjects and concerns of each seminal psychologist. For both Jung and Steiner, symbols and experiences relating to religious beliefs, death, sexuality, and other major factors of human life were of primary importance in human nature and individuality.

In an appendix, Hans Lauer relates the essence of Wehr's synthesizing comparison to anthroposophy in an approximately 40-page essay with an ending section titled "Depth Psychology and Anthroposophy."

With its varied parts of Foreword, text, and appendices, this study of Jung and Steiner is enlightening and absorbing for serious students of psychology and spirituality.

1. Introducing the Problem
2. A Biographical Comparison
3. Jung’s Psychology of the Unconscious and Steiner’s Lectures on Psychology
4. Spiritual Backgrounds
5. Two Images of the Human Being
6. Steiner’s “Second Self” and the Unconscious
7. Natural Science as a Starting Point
8. Forms of Consciousness
9. Soul and Spirit
10. Initiation and Individuation
11. Contrasts and Similarities in East and West
12. Allegations of Gnosticism

Appendix: The Riddles of the Soul: Depth Psychology and Anthroposophy
by Hans Erhard Lauer

Gerhard Wehr was born in Schweinfurt, Germany, in 1931. He is a free-lance author and teaches at the Diakonenschule Rummelsberg in Nuremberg. He is the author of numerous publications in fields such as Christian spirituality, depth psychology, and Anthroposophy. He is also the author of a biography of C.G. Jung.

Dark Light of the Soul