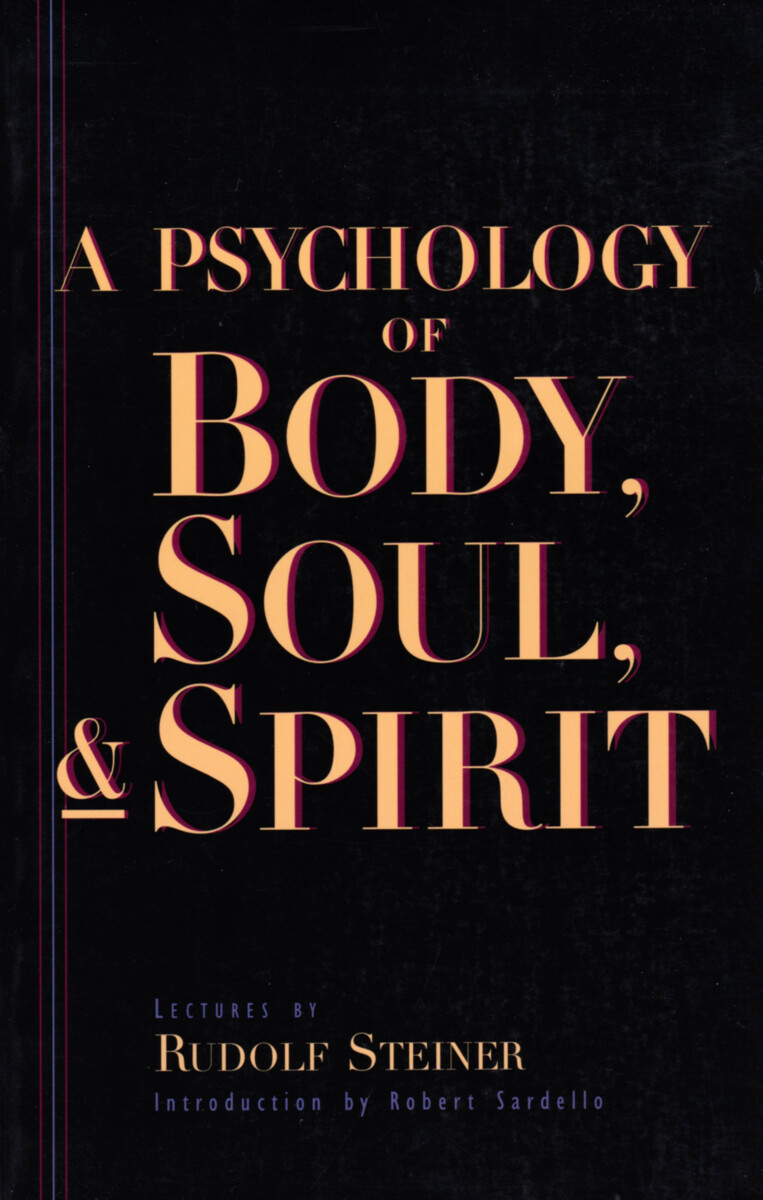 A Psychology of Body, Soul, and Spirit

“Steiner does not talk about soul; he speaks from soul. That is the entire method. There is, however, an entrance fee for doing psychology. The fee is that you need to leave behind your well-known-to-you self-identity. You must suffer the experience of leaving behind not only what you know, but also what you think you know of yourself. This requirement qualifies psychology as integral to the work of initiation.” — Robert Sardello (from his introduction)

This series of lectures provides the basis for an entirely new psychology. The first four lectures give a precise, dynamic understanding of the human soul in relation to the activity of the senses and to the subtle processes that make up the human being on Earth. The next four lectures focus on what we can know of the human soul based on direct observation alone. No theorizing takes place. To show what we can know of soul life through the immediacy of engaged observation of oneself and others, Rudolf Steiner refrains from using his own higher capacities of clairvoyance to form a picture of our soul life. The concluding lectures portray the relationship of soul life to spirit life, showing us how to awaken individual spirit life and how to distinguish between illusory and genuine spiritual experiences.

Presented more than a century ago, we might be tempted to think that, insofar as psychology is concerned, the content of these lectures is outdated. It is also tempting to think that, because Steiner is not usually associated with the founders of modern psychology, his efforts must be considered, at best, an interesting aside. On the contrary, these lectures are actually a wellspring for the true stream of psychology, as the term itself means “soul study.”

A Psychology of Body, Soul, and Spirit will be of interest to anyone interested in deeper understanding psychology, as well as by those interested in inner development. Whether we are involved in education, medicine, art, drama, economics, or business, the perspectives contained in this book have the potential to restore the frequently missing element of soul in psychology today.

Dr. Robert Sardello’s in-depth introduction places Steiner’s lectures in the context of modern life and psychology and provides insights into how to read and use this text for inner development and a deeper understanding of spiritual science.

1. Aspects of Soul Life
2. The Activities of Human Soul Forces
3. The Senses, Feeling, and Aesthetic Judging
4. Consciousness and Soul Life

1. Franz Brentano and Aristotle’s Doctrine of the Spirit
2. Truth and Error in Light of the Spiritual World
3. Imagination–Imagination; Inspiration–Self-Fulfillment; Intuition–Conscience
4. Nature, the Evolution of Consciousness, and Reincarnation

A Secret History of Consciousness