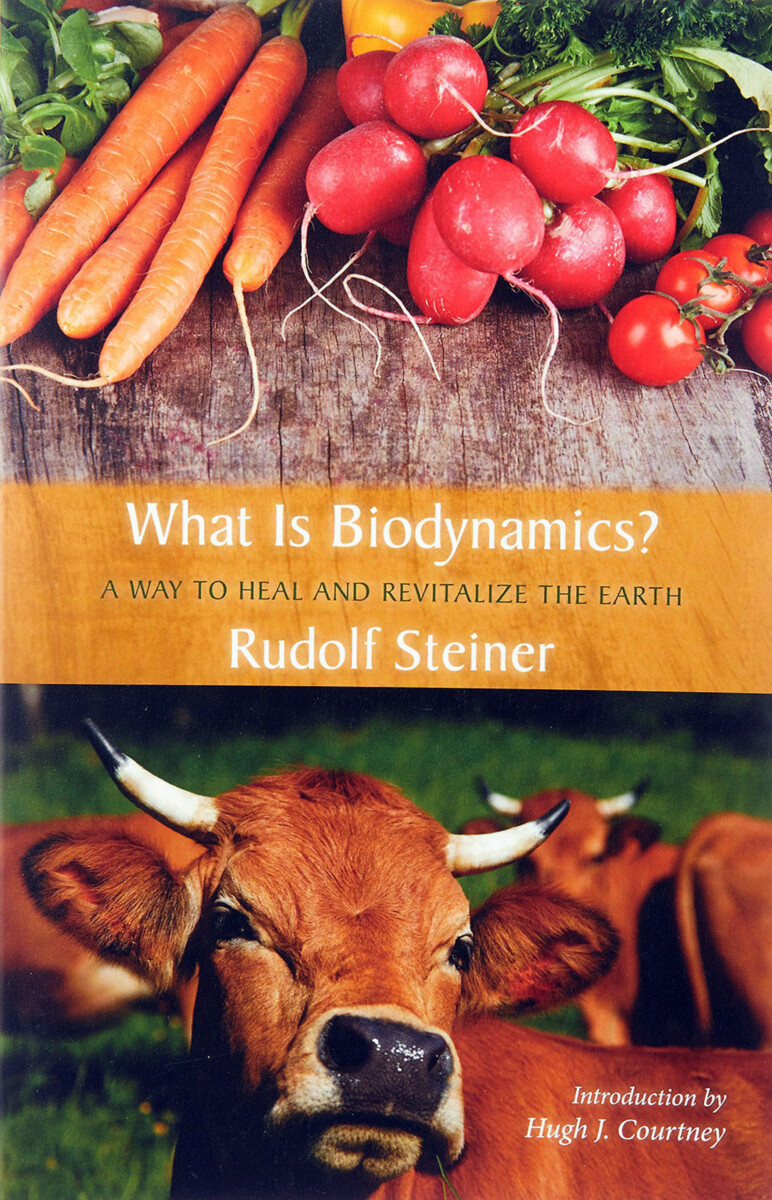 A Way to Heal and Revitalize the Earth

In 1924—in response to questions about the depletion of soils and a general deterioration of crops and livestock—Rudolf Steiner gave eight lectures on “the spiritual foundations for a renewal of agriculture.” Based on his suggestions and spiritual science, generations of farmers, gardeners, viticulturist, and researchers developed biodynamics as a healing, nurturing, holistic, ecological, organic, and spiritual approach to a sustainable care of the Earth.

Biodynamic methods consider the farm or garden to be a self-contained organism, embedded in the living landscape of the Earth, which is in turn part of a living, dynamic cosmos of vital, spiritual energies. The aim is to increase the health and vitality of the whole, including the farmer or gardener. The biodynamic practitioner follows an alchemical, transformative path of working with the Earth through the nine “homeopathic” preparations created by Steiner.

What Is Biodynamics? collects seven seminal lectures—four on developing a spiritual perception of nature and three from his Agriculture Course, dealing with the preparations. Hugh Courtney of the Josephine Porter Institute for Applied Biodynamics contributes an informative, passionate, and visionary introduction.

Whether you are concerned with the quality of agriculture and gardening in particular or have a broader interest in the ecological crises facing us today, this book offers a transformative approach that can truly change the way we live together on Earth.

“That the Earth May Be Healed”:
An Introduction to Biodynamic Agriculture, by Hugh Courtney

Agriculture
Spiritual Foundations for the Renewal of Agriculture (CW 327)

Biodynamic Farming and Gardening
Renewal and Preservation of Soil Fertility

The Biodynamic Year
Increasing Yield, Quality and Flavour
100 Helpful Tips for the Gardener or Smallholder

What Is Biodynamics?
A Way to Heal and Revitalize the Earth
OR