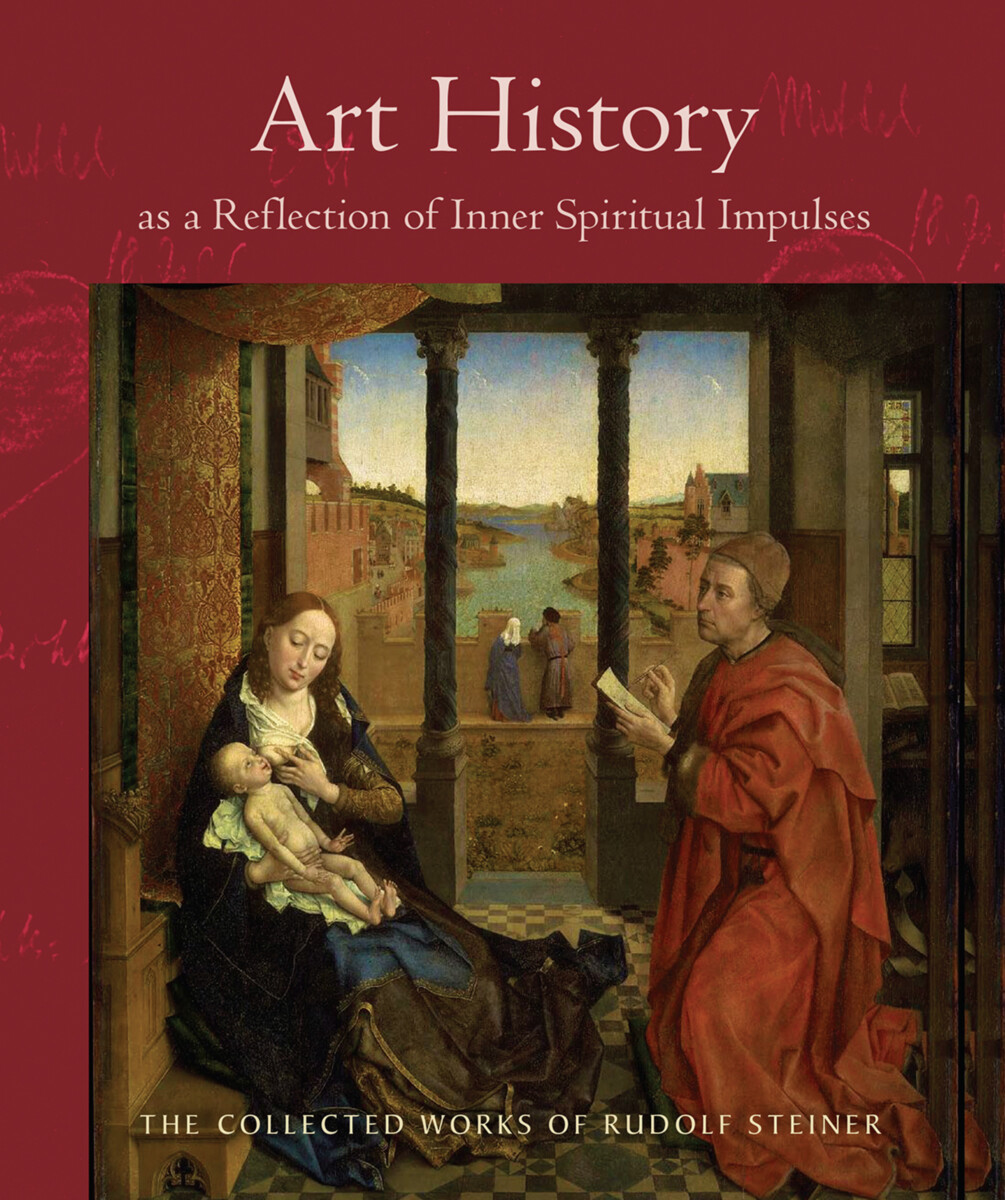 Art History as a Reflection of Inner Spiritual Impulses

"I am going to show you a series of reproductions, of slides, from a period in art history to which the human mind will probably always return to contemplate and consider; for, if we consider history as a reflection of inner spiritual impulses, it is precisely in this evolutionary moment that we see certain human circumstances, ones that are among the deepest and most decisive for the outer course of human history, expressed through a relationship to art." —Rudolf Steiner

Rudolf Steiner understood that the history of art is a field in which the evolution of consciousness is symptomatically and transparently revealed. This informal sequence of thirteen lectures was given during the darkest hours of World War I. It was a moment when the negative consequences of what he called the age of the consciousness soul, which began around 1417, were made most terribly apparent. In these lectures he sought to provide an antidote to pessimism. After describing the movement of consciousness from Greece into Rome, coupled with influences from the Orthodox East, he showed how these influences transformed as the Middle Ages became the Renaissance.

The process that begins with Cimabue and Giotto develops, deepens, and becomes more conscious in the great Renaissance masters Leonardo, Michelangelo, and Raphael. Then this movement continues with the Northern masters, Dürer and Holbein, as well as the German tradition. One entire lecture is devoted to Rembrandt, followed by one on Dutch and Flemish paintings. Themes are woven together to show how past epochs of consciousness and art live again in our consciousness-soul period.

Replete with interesting information and more than 600 color and black-and-white images, these lectures are rich and dense with ideas, enabling us to understand both the art of the Renaissance and the transformation of consciousness it announced. These lectures demonstrate (to paraphrase Shelley) that artists truly are the unacknowledged legislators of the age.

Introduction: “Art and a Beyond” by Stephen Keith Sagarin, PhD

1. Cimabue, Giotto, and Other Italian Masters
2. Leonardo — Michelangelo — Raphael
3. German Sculpture and Painting to the time of Dürer and Holbein
4. Sculpture of Germany and the Netherlands
5. Rembrandt
6. Dutch and Flemish Painting
7. Christmas Themes through the Centuries
8. Raphael—Dürer, and the German Masters
9. Greek, Roman, and Renaissance Sculpture
10. Raphael’s Disputa and School of Athens
11. Icons—Miniatures—German Masters
12. Early Christian Sculpture, Symbols, and Sarcophagi—Precious Metal Works
13. The Representation of Christ in Art: From Early Christian Art to Rudolf Steiner

Art as Seen in the Light of Mystery Wisdom
(CW 275)

Drawing with Hand, Head, and Heart
A Natural Approach to Learning the Art of Drawing

Spirit and Art
Pictures of the Transformation of Consciousness

What Is Art?
Conversations with Joseph Beuys
OR