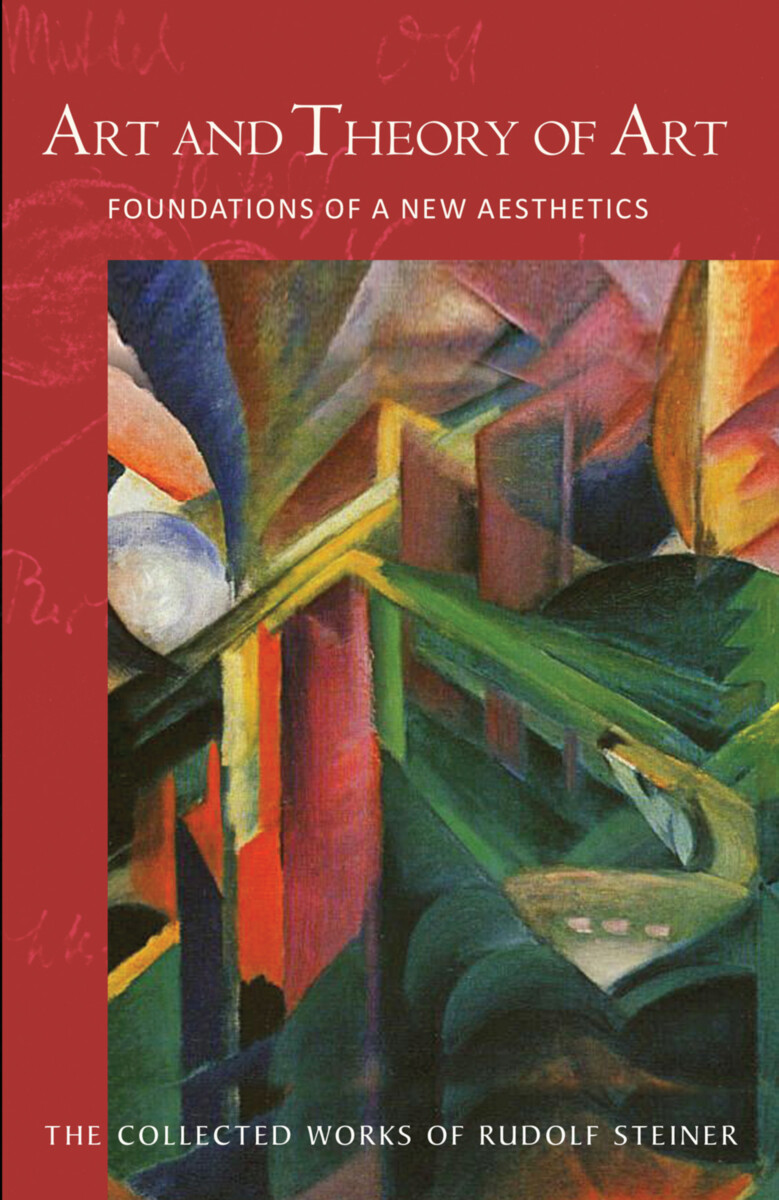 Art and Theory of Art

Foundations of a New Aesthetics (CW 271)

“The challenge of saying something about art was personal for Rudolf Steiner. He experienced it as deeply connected with his biography. It is not for nothing that, in the last lecture of this volume, he points to his repeated attempts to develop a new approach and new forms of expression for speaking about art. We find at least three forms of this attempted approach in this book.” —Zvi Szir (from the introduction)

The subject, practice, and vital importance of art was a thread that ran through Rudolf Steiner’s life, from his early work as a scholar of Goethe, through his time as an editor of a literary and arts journal in Berlin in the 1890s, and to his two and a half decades as a spiritual researcher and teacher. Understanding and articulating the significance of art was a perennial challenge for Rudolf Steiner.

This volume of Steiner’s Collected Works is unique in that it showcases a survey of both early written works and later lectures to anthroposophic audiences, and in doing so presents a picture of a lifetime of intensive effort to convey something essential about the arts.

Beginning with his early philosophical work and literary criticism at the end of the nineteenth century and on into his later lectures, this volume follows Steiner’s endeavor to reveal in words the mystery obscured by the vague concept of what “art” is.

Viewed as a whole, this volume forms one of the most provocative collections of the twentieth century on the subject of art. It offers a unique analysis of the origin, foundation, and method of the creative process.

I. WRITINGS & ESSAYS
Goethe as Father of a New Aesthics
On the Comical and Its Relationship to Art and Life
Beauty and Art
Count Leo Tolstoy: What Is Art?
On Truth and the Illusion of Truth in Works of Art

Art History as a Reflection of Inner Spiritual Impulses
(CW 292)

Spirit and Art
Pictures of the Transformation of Consciousness
OR