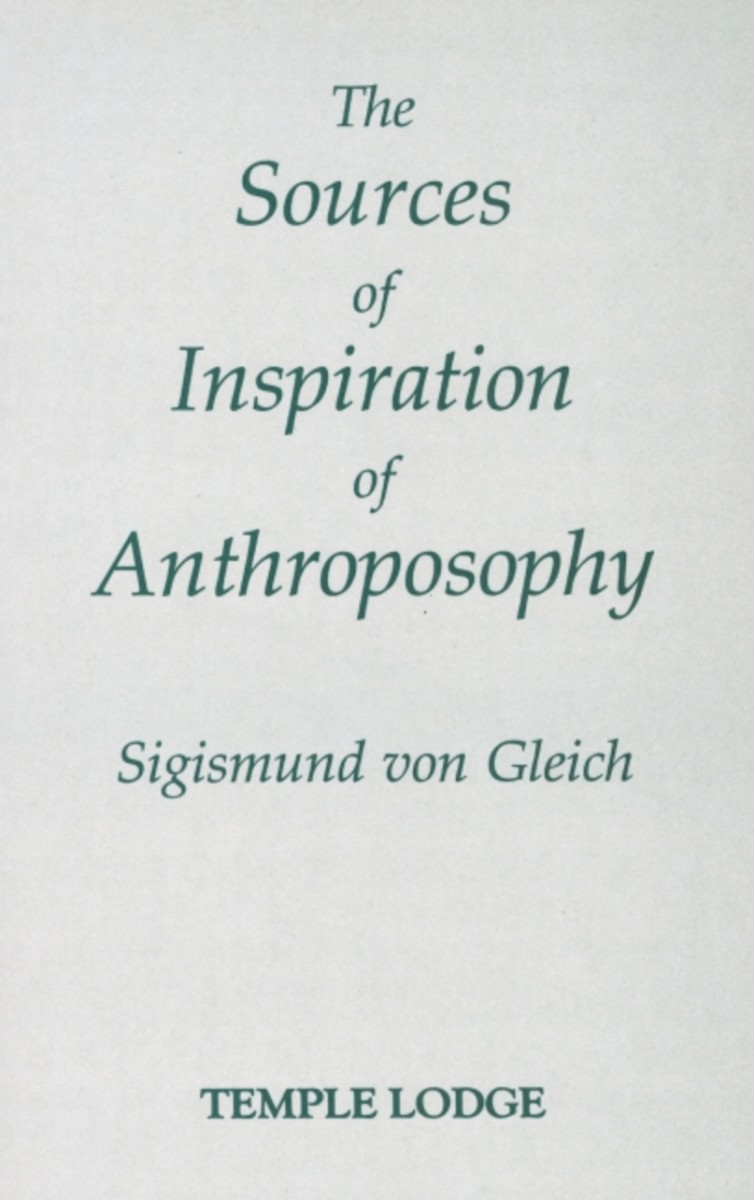 Sources of Inspiration of Anthroposophy

Christ, the powers of karma, the Archangel Michael, the Grail, Sophia—whatever has been founded on earth out of spiritual sources can only remain alive and fruitful if it can repeatedly draw nourishment from these original sources, suggests the author in this well-crafted book.

Gleich, who bases his research on Rudolf Steiner's work, presents "the fivefold stream of inspiration out of the spiritual world" that is the foundation of Anthroposophy.

1. The Christ Impulse
2. The Impulse of the Powers of Karma
3. The Michael Impulse
4. The Grail Impulse
5. The Sophia Impulse

Sigismund von Gleich was born in Germany in 1896. While serving in the army he became ill with lung disease, and during convalescence was given a book by Rudolf Steiner. He was soon immersed in Steiner’s philosophy, and became one of the most prolific lecturers and writers in the early years of the anthroposophic movement. He fled Nazi Germany in 1936 and, in 1953, died in Holland.