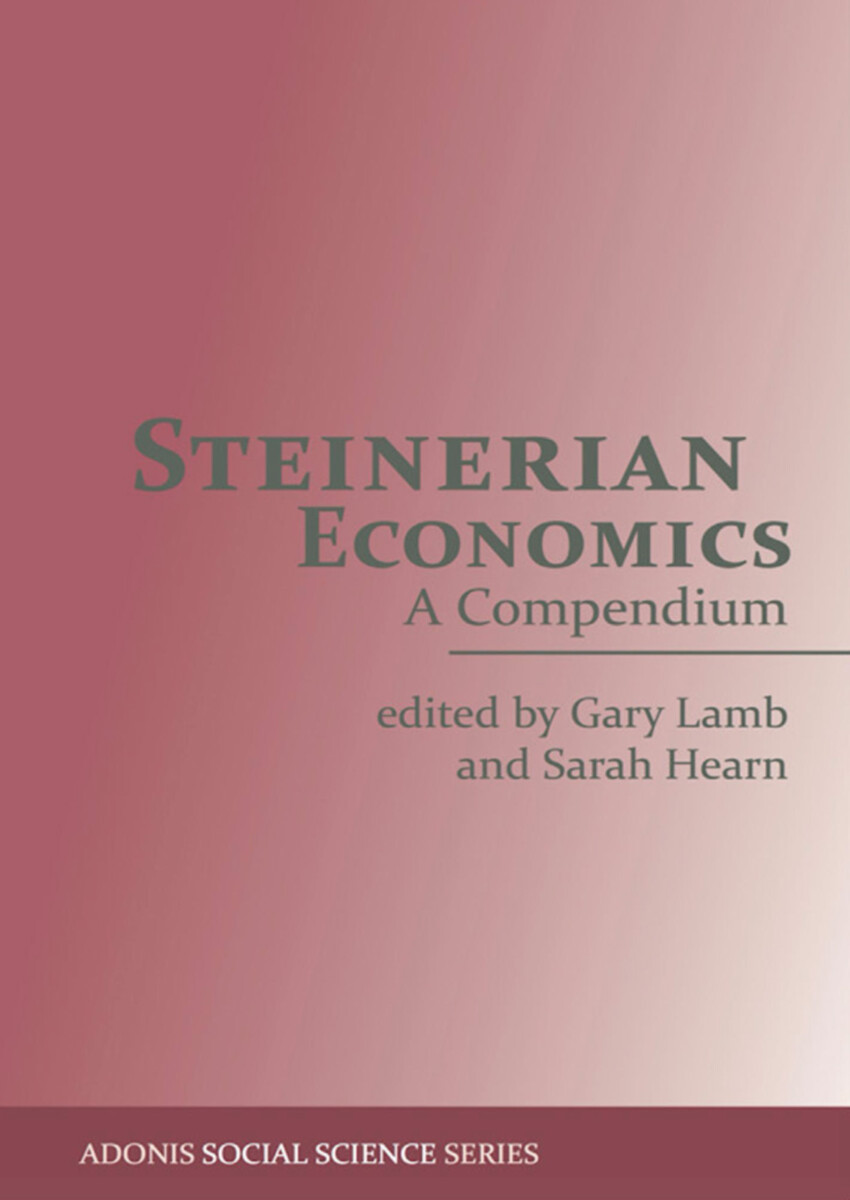 Perhaps one of Steiner’s most important contributions toward cultural renewal is his method for thinking about social life within the context of human evolution. In relation to current modes of thinking, his work is bold, holistic, human-centered, and inwardly creative. Scientific thinking about evolution gives so much attention to the outer physical human form that it misses the most important current evolutionary process, the inner process for the development of the independent ego in the individual and the unique-in-nature development of the self-governing human social organism.

One central insight to be found in Steiner’s social science is that human society as a whole consists of three interpenetrating yet distinct realms, or systems – spiritual-cultural, political-rights, and economic – each with its own inherent function and guiding ideal. Many people recognize the critical need to understand this today, and by understanding their different tasks, we can create a healthy degree of independence between these complex, interpenetrating realms. Even though mainstream social science has yet to give these three realms full recognition, symptoms of the excessive interference of one realm upon another are being recognized as problematic. By way of example, the increasingly insistent call for “Money out of Politics” recognizes the problematic effect that monetary-economic influences from the Economics Realm have upon a Political Realm of Rights. This realm of Rights must be kept independent from any inappropriate influence rooted in Economic interests if it is to avoid corruption of its task, that of establishing an equality of rights. Mainstream social and economic thinking about these social issues has not yet achieved a comprehensive science that recognizes these three realms, to understand the role of each, their differences and trappings. Steiner effectively establishes here the beginnings of a new method for economic science, and the recognition of these three interdependent realms in social life is only one of many new social ideas to come from Steiner’s extensive research.

Within the context of today’s economic upheavals, many people are passionately seeking for a new economy.  Some realize that we need new ideas, a new way of forming our social life, if there is to be hope for a healthy future. This need is not just for ourselves or our personal nation, but for all people, and for the many generations to come. Steiner offers a great deal of insight through his phenomenological approach to economics. What emerges from this research is often referred to as Associative Economics, as it portrays an economy that is collaborative, interdependent, and is inspired by the real needs of human beings – with ever broadening consideration for the whole of our related world.

While there is an abundance of recognition for the seriousness of the problems surrounding us, what is lacking is a scientific basis to understand the problems at their depths and to offer an alternative way of thinking to what is prevalent everywhere today. Current economic thinking does not meet today’s fundamental problems at their source, rather, it habitually functions within the already abstract thinking upon which its main premises are based, and therefore fails to take into account any aspects of phenomena that don’t conform to its preconceived conclusions. To meet problems at their source requires a disciplined phenomena-centered scientific method, one that overcomes the limitations of abstract thinking, the mental habits where essential context can easily be lost.

Thinking built directly from the phenomena themselves is also what leads to ideas that can become accessible to everyone, and can provide a human way of describing and understanding economics and social life. Coming to new ideas and developing them further is a work for many people to do.  When many individuals participate in their own self-education, the vital ideas they develop can become a cultural endowment and shape our lives into the future. The ideas that were used to form current economic, political and cultural thinking today have exhausted themselves, and this is clearly demonstrated by the instability of social life the world over. Economic science needs to cultivate new methods for understanding social phenomena, for out of new methods, we acquire new perceptions; and new perceptions are the truest source of new ideas.

Problems of Society
An Esoteric View, from Luciferic Past to Ahrimanic Future (CW 193)

The Social Future
Culture, Equality, and the Economy (CW 332a)

The Threefolding Movement, 1919
A History: Rudolf Steiner’s Campaign for a Self-governing, Self-managing, Self-educating Society
OR