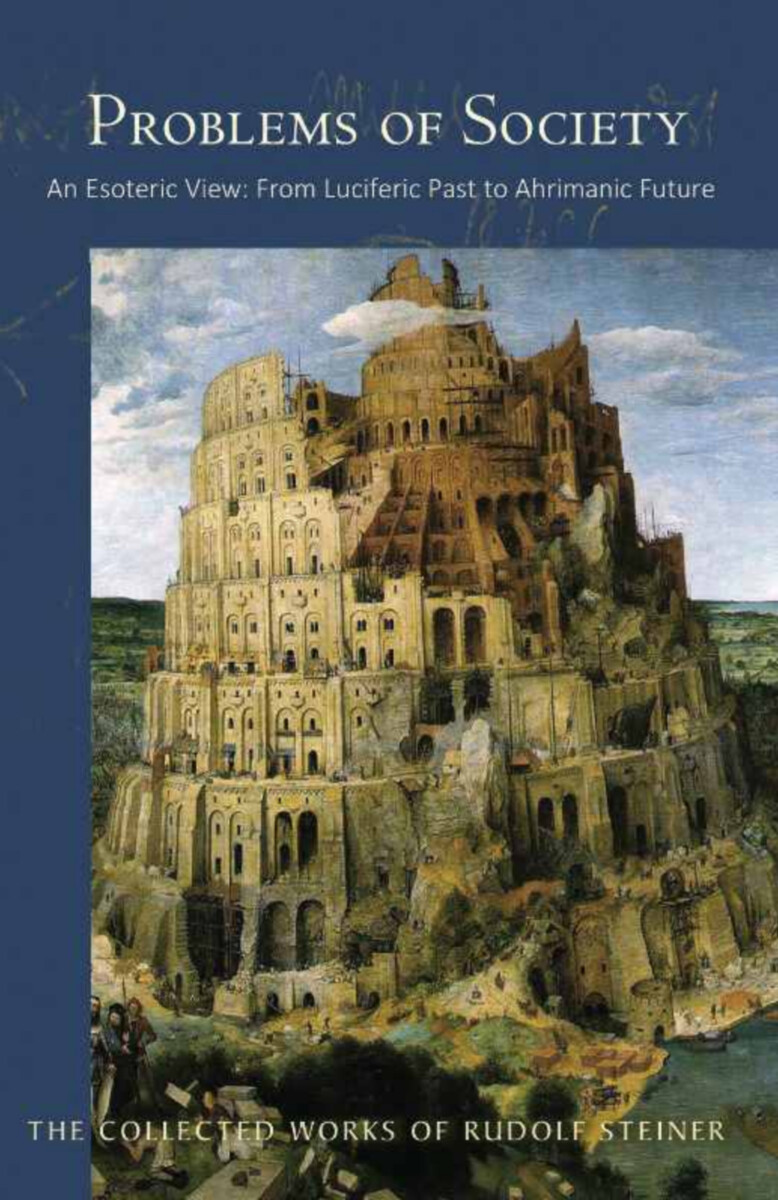 An Esoteric View, from Luciferic Past to Ahrimanic Future (CW 193)

“Whatever turbulent outward events occur in the world, whatever form is taken by things seeking to work their way out of the depths of human evolution, we only really hearken to the true, underlying nature of these events...if we observe the world from a spiritual perspective” — Rudolf Steiner

In seeking to heal the many social crises of our time, Rudolf Steiner urges us to turn away from “fixed principles, theories, or social dogmas” and to rediscover the true nature of the human being. This inner reality—which cannot be understood in materialistic or deterministic ways—is the only basis on which society can be truly founded. Nevertheless, Steiner tells us that it is not enough to speak of well-meaning ideas, unless we also actively work for change—change that begins with each of us.

In 1919, a year marked by strong social and political upheavals, Steiner was deeply concerned with social questions. Having published a book on the subject (Towards Social Renewal), he embarked on a major campaign to publicize his “threefold” ideas for society. In addition to public lectures, however, Steiner also sought to deepen the subject in a series of talks to members of the Anthroposophical Society. Those lectures, gathered in this volume, reveal the “inner,” or “esoteric,” aspects of the social question. They complement Steiner’s very practical efforts to realize threefolding in the historical context of his time.

Whereas Steiner’s suggestions for social change may seem counter-intuitive to pragmatic thinkers, they will strike a resonant chord in many of those who seek deeper answers to the social problems of our time—problems that politicians seem unable to remedy. Among the many themes that Rudolf Steiner discusses here are nationalism as a retrograde tendency; the tasks of Central Europe and Britain in relation to the East; the incarnation of Ahriman in the West, and the historical incarnation of Lucifer in the third millennium BC.

“Time and again in these lectures, Steiner urges us to turn away from ‘fixed principles, theories, or social dogmas,” appealing instead to the intrinsic nature of the human being as the only reality on which society can be founded.” — Matthew Barton