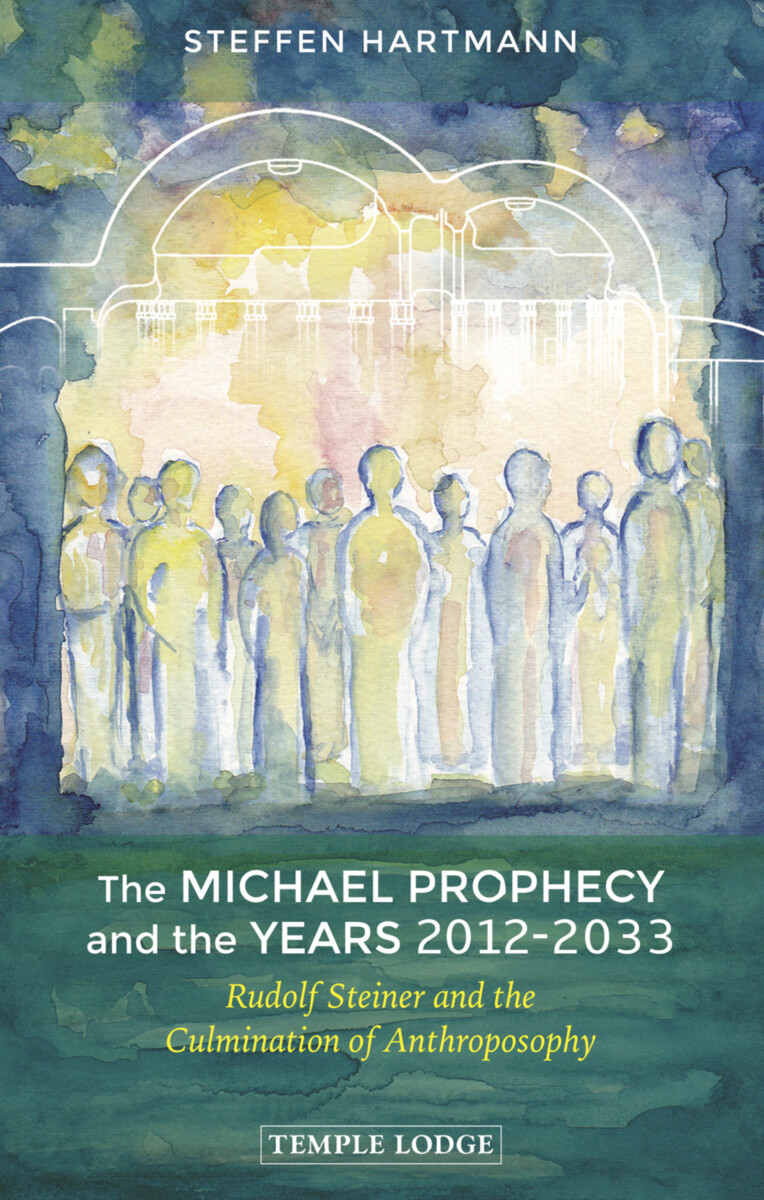 Rudolf Steiner and the Culmination of Anthroposophy

“‘War is peace; freedom is slavery; ignorance is strength’—these are the three slogans of the ‘Ministry of Truth.’ Much of what Orwell described in a visionary way [in his book 1984] has since become reality. Our entire society is indeed a surveillance state, and millions of people willingly entrust all their personal data to the controls of ‘Big Brother’—that is, the World Wide Web. We live in a ‘smart reality’ that on the surface doesn’t appear nearly as brutal or in human as the one George Orwell described. But is this ‘smart dictatorship’ actually any less threatening to the future of humanity?” — Steffen Hartmann (from the foreword)

In a series of vibrant and lively essays, Steffen Hartmann focuses on a little-known but critically important theme relating to the teachings of Rudolf Steiner, who described the collaboration between human souls connected to the Platonic and Aristotelian “schools,” or “groupings,” both on Earth and in the spiritual world. These groups of souls work in a wider metaphysical collective known as the “Michael School,” led by the Archangel Michael, the ruling Spirit of our age. Prior to birth, millions of human souls were prepared in this school to face the challenges of the twentieth and twenty-first centuries.

We might have forgotten these preexistence experiences, but they can be awakened within us, says Hartmann. Indeed, it’s possible to reconnect consciously with earlier incarnations and to perceive our karma.

The book begins with this theme and leads to Rudolf Steiner’s “Michael Prophecy” of 1924, his vision of the millennium and the era in which we live, especially the crucial period between 2012 and 2033.

Dealing with the “anthroposophic block” in the emerging holistic building of humanity, the author contextualizes the topic in connection with direct personal experiences. Sharing such experiences can stimulate self-reflection in the anthroposophic movement and contribute real spiritual substance to contemporary culture.

This book provides stimulation to spiritual seekers who carry profound questions about life in the modern world.

1. Learning to Perceive Karma
2. Rudolf Steiner’s Michael Prophecy and the Years 2012 to 2033
3. Michael Prophecy and Individual Karmic Insight
4. Michael’s Call to Us
5. Failure and Revival in the Anthroposophical Movement
6. The Spiritual Goetheanum Today
7. The Collaboration of Platonists and Aristotelians and the Michael Prophecy
8. The Island of Stones: A Fairy Tale

Steffen Hartmann was born in 1976 in Freiburg im Breisgau, Germany. He studied piano in Hamburg and participated as accompanist in master classes with Elisabeth Schwarzkopf and Dietrich Fischer-Dieskau, and has worked closely with the soprano Marret Winger. In 2007, with Matthias Bölts, he founded the MenschMusik Institute in Hamburg, a leading innovator in the field of contemporary music education. He has followed an inner meditative path based on Anthroposophy since 1997 and has been a teacher of meditation for several years. Hartmann writes essays on salient topics connected to anthroposophic Spiritual Science, meditation, and music. With Torben Maiwald, he founded the publishing house Edition Widar and is the author of several books in German. He has led the Rudolf Steiner Haus Hamburg branch of the Anthroposophical Society since 2012, in addition to lecturing internationally and leading seminar and concert activities in Germany, Switzerland, Austria, Finland, Greece, and Brazil.

The Archangel Michael
His Mission and Ours

The Michael Letters of Rudolf Steiner
The Mission of Archangel Michael

The Michael Mystery
(CW 26)
OR