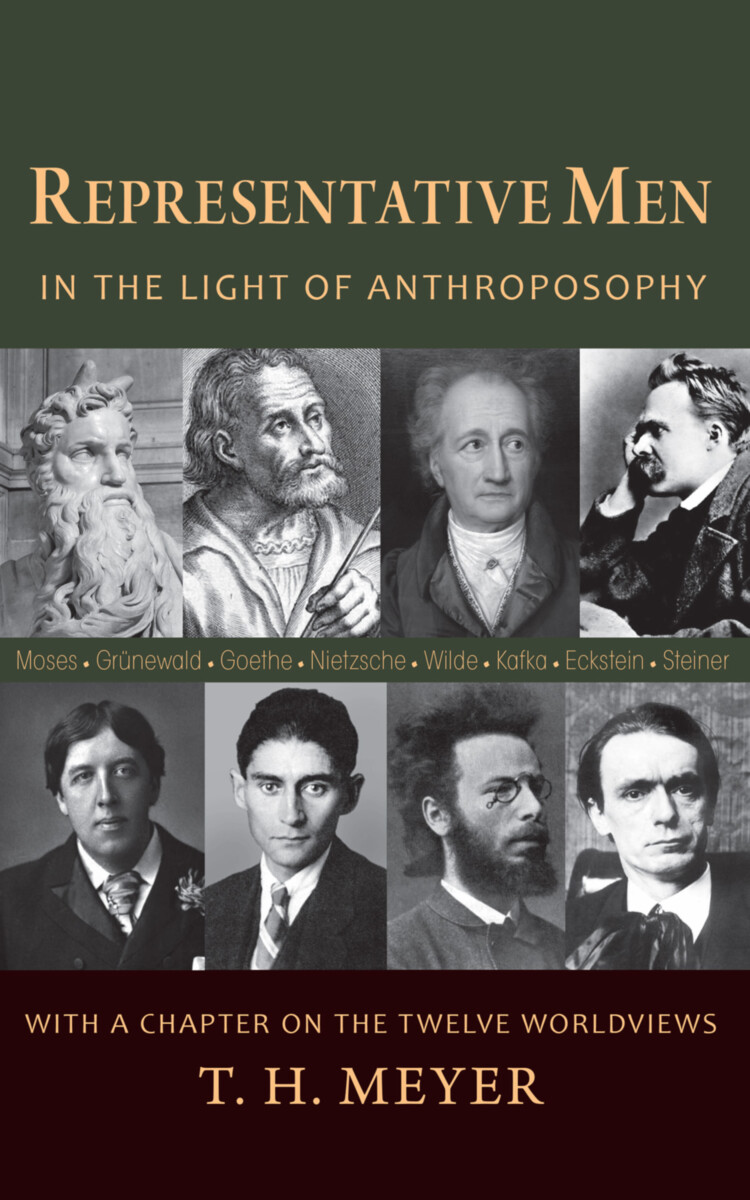 “Here I sat, waiting—not for anything—
Beyond Good and Evil, fancying
Now light, now shadows, all a game,
All lake, all noon, all time without all aim.
Then, suddenly, friend, one turned into two—
And Zarathustra walked into my view.” — Nietzsche (The Gay Science)

Each individual portrayed in this book may, beyond his unique nature, be considered representative of one or several aspects of human nature and human striving, and for the obstacles such striving must encounter.

Nietzsche is perhaps the representative of the new faculty of inspiration and the challenge to complement it by intuition.

Oscar Wilde represents the stage of soul development at which insight into the worthlessness of vanity and ambition dawns with the power of a purifying tempest.

Kafka represents those millions of people who are drawn toward the threshold of the spiritual world but lack the courage to cross it.

Eckstein, the great friend of Steiner’s youth, is representative of the tendency to withhold esoteric knowledge from the majority of human beings and to keep it as a possession of ”the privileged few,” an attitude that still prevails in certain occult streams.

Rudolf Steiner worked to make esoteric truths public and showed ways toward a radically new knowledge of the spirit and a new mobility of thought.

1. Goethe and Moses: A Karmic Relationship
The Free Formation of Judgment

2. “Behold, a Virgin Shall Conceive . . .”
The Annunciation Scene of Grünewald’s Isenheim Altarpiece
Portrayal of an Inspiration

5. Franz Kafka, Rudolf Steiner, and Norbert Glas
The Fear of Crossing the Threshold of the Spiritual Realm

6. A Friendship under the Guardian Spirit of the Age
Friedrich Eckstein and Rudolf Steiner

7. The Twelve Worldviews and Anthroposophy,
With a Focus on Anthropomorphism

Watch the author's discussion of this book.