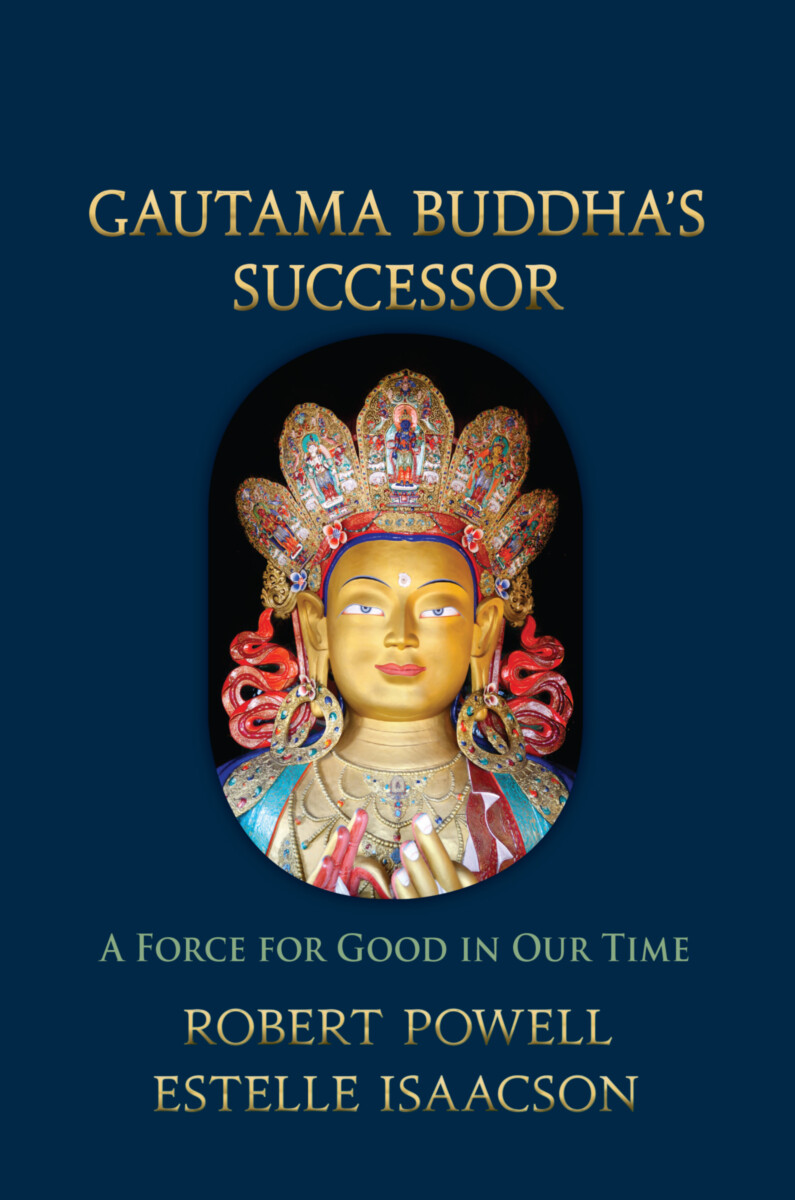 A Force for Good in Our Time

“The Bodhisattva who took the place of Gautama when he became Buddha will come in the form of the Maitreya Buddha.... He will be the greatest of the proclaimers of the Christ Impulse.” — Rudolf Steiner (April 13, 1910)

The year 2014 has a special significance that is addressed in this book by Robert Powell and Estelle Isaacson. Dr. Robert Powell is a spiritual researcher who in this short work—and in many other books—brings the results of his own research investigations. Estelle Isaacson is a contemporary seer who is gifted with a remarkable ability to perceive new streams of revelation. Both have been blessed in an extraordinary way by virtue of accessing the realm wherein Christ is presently to be found.

Powell makes the critical point that the year 2014 not only denotes the beginning of a new 600-year cultural wave in history but also that there is an ancient prophecy applying to this very same year, 2014, which can be interpreted as pointing to the onset of the twenty-first-century incarnation of the Bodhisattva who will become the future Maitreya Buddha, the successor to Gautama Buddha. Powell also makes the crucial point that the Maitreya Buddha awaited in Buddhism is the same as the Kalki Avatar expected in Hinduism.

Powell’s contribution serves as an introduction to Isaacson’s offering, comprising a series of six visions relating to the future Maitreya Buddha. The visions are highly inspirational, communicating something of the profound spirituality, peace, radiance, and, above all, goodness of this Bodhisattva who is Gautama Buddha’s successor. His title, Maitreya, means “bearer of the good,” and in Isaacson’s visions he emerges as a remarkable force for good in our time.

Also included in this book are two appendices: A Survey of Rudolf Steiner’s Indications Concerning the Maitreya Buddha and the Kalki Avatar and Valentin Tomberg’s Indications Concerning the Coming Buddha-Avatar, Maitreya-Kalki. A third appendix discusses the significance of Rudolf Steiner’s Foundation Stone of Love meditation as a heralding of Christ’s Second Coming.

The Bodhisattva Question
Krishnamurti, Rudolf Steiner, Valentin Tomberg, and the Mystery of the Twentieth-Century Master

From Buddha to Christ

The Great Religions
Pathways to Our Innermost Being

Rudolf Steiner and the Masters of Esoteric Christianity