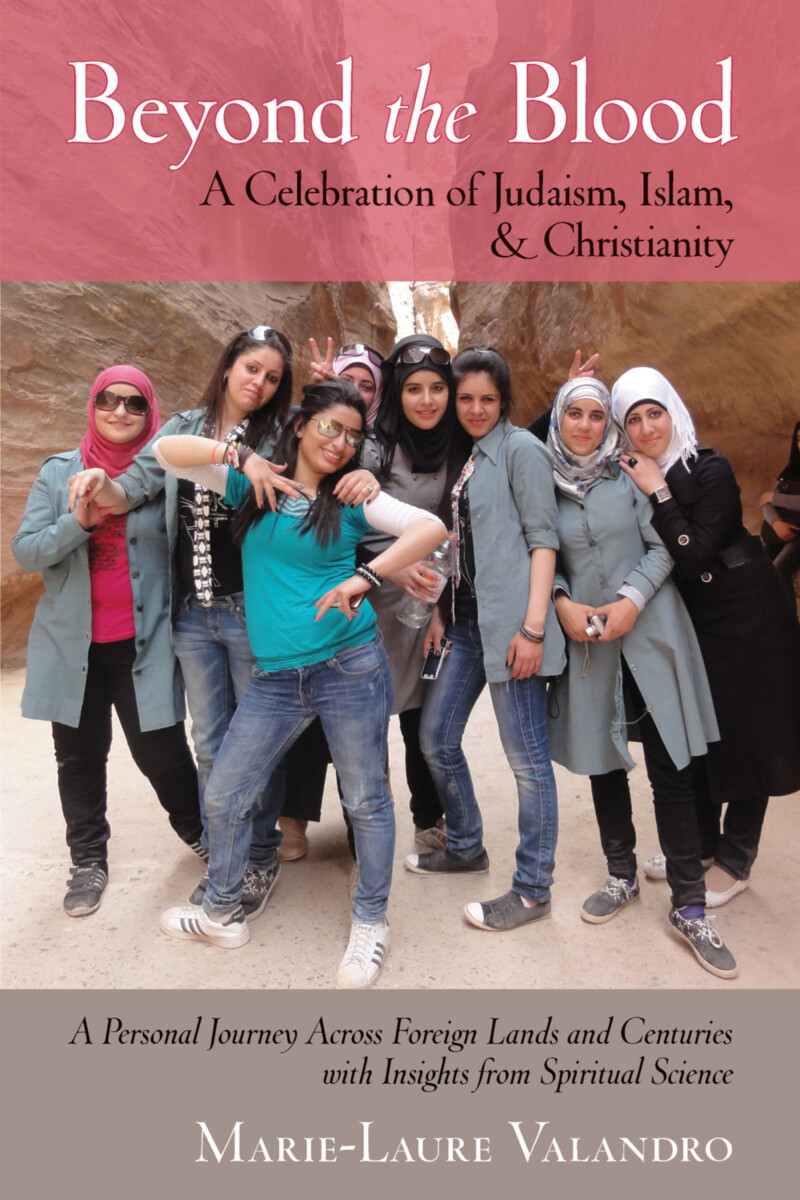 A Celebration of Judaism, Islam, and Christianity

This book takes us on an epic journey throughout Africa, Western and Central Asia, and Europe to explore the lives, culture, and landscape of the Judaic, Christian, and Muslim worlds. Motivated by a yearning to learn about and understand the "other," regardless of culture and faith, the author invites us on her adventures to ancient cities, architectural masterpieces, stunning landscapes, and even a camelback expedition in the desert.

Marie-Laure Valandro shares her insights, joys, and inner struggles—and her human-to-human and down-to-earth encounters with the people she meets along the way—as she endeavors to move beyond mere tolerance, to a place of true understanding and respect for the other. Her words of wisdom, as well as the insights of anthroposophists, theologians, poets, and historians, help to decipher the mysteries behind Muslims, Christians, and Jews. Not only are we, too, brought to a new place of understanding and wonderment, but we are also inspired to embark on our own journey of discovery.

Barefoot through Burning Lava
On Sicily, the Island of Cain: An Esoteric Travelogue

The Impulse of Freedom in Islam

Kabbalah of Prayer
Sacred Sounds and the Soul’s Journey

Via Podiensis, Path of Power
A Walk from le Puy, France, to San Juan de la Peña, Spain
OR