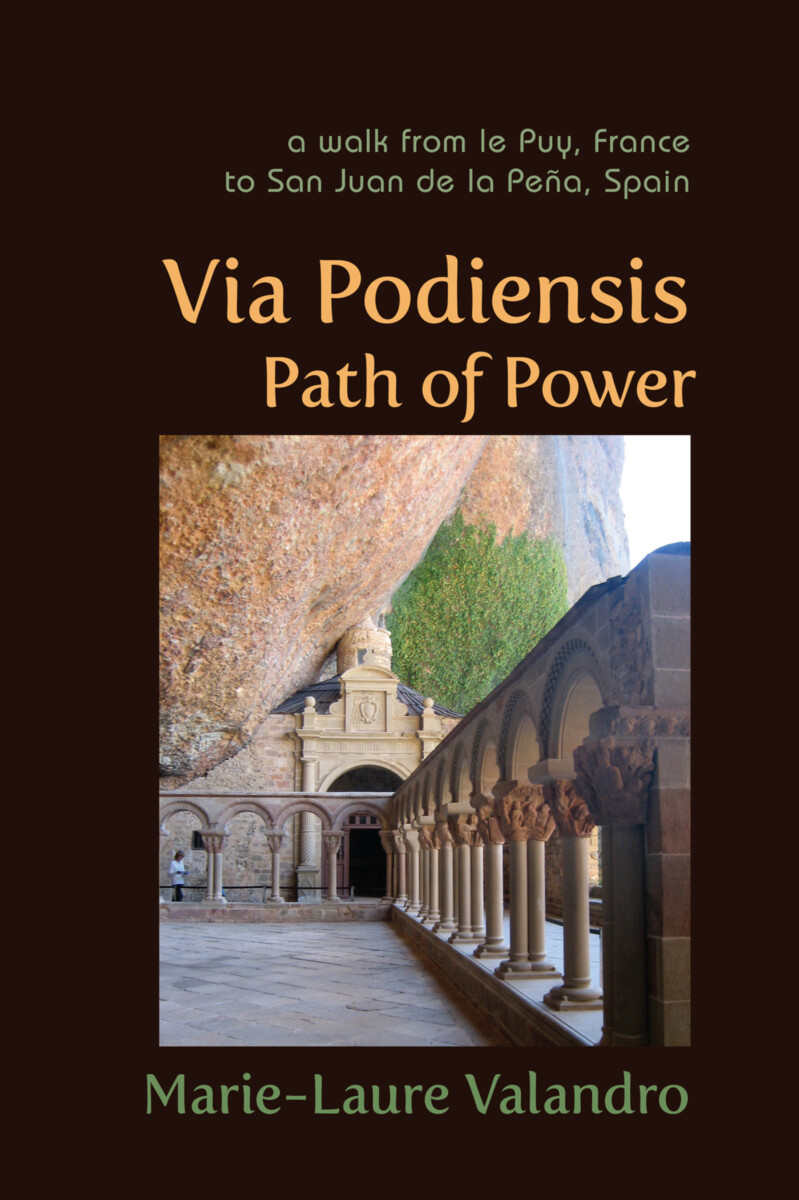 Via Podiensis, Path of Power

“I am constantly reminded that in previous times this path was not a pleasant excursion. Many pilgrims were driven out of their homes for being heretics or thieves or for not cooperating with Church officials, monks, or royalty. As punishment, they had to undertake pilgrimages to Le Puy, Santiago, Rome, or even all the way to Jerusalem. Some had no shoes and had a cross sewn onto their clothes to identify them as heretics. Many pilgrims were sick and sought cures for their illnesses. The ones who were not sick to begin with became sick along the way, and many died. The geography is very demanding, with very rough terrain, mountain passes, rugged stony paths, deep valleys, rivers, and deserted plateaus—which we were about to traverse.” —Marie-Laure Valandro

In a kind of sequel to her 2007 book Camino Walk: Where Inner & Outer Paths Meet, Marie-Laure Valandro walked and wrote the following year about her experiences on the French section of the Via Podiensis—the Le Puy Route—one of four routes through France, on the pilgrimage to Santiago de Compostela in northwest Spain and to the tomb of St. James.

She again encountered a steadfast though fleeting international community and fellowship on the route through southern France, while connecting her personal experiences with the many significant historical events of that area, especially those of the ninth century in connection with key political and spiritual figures, the Grail mysteries, and the struggles of women of that time and region.

The book brings to life words of Rudolf Steiner and other anthroposophic writers, as well as memoirs of various historical personalities. In her day-by-day, step-by-step account, the author reveals her own struggles along the way and, in her own imperfections, reveals the true purpose of such a journey—indeed, any journey—which is self-transformation.

As with her book Camino Walk, the reader is inspired—if not to walk the physical Camino—to find one’s own path to inner change.