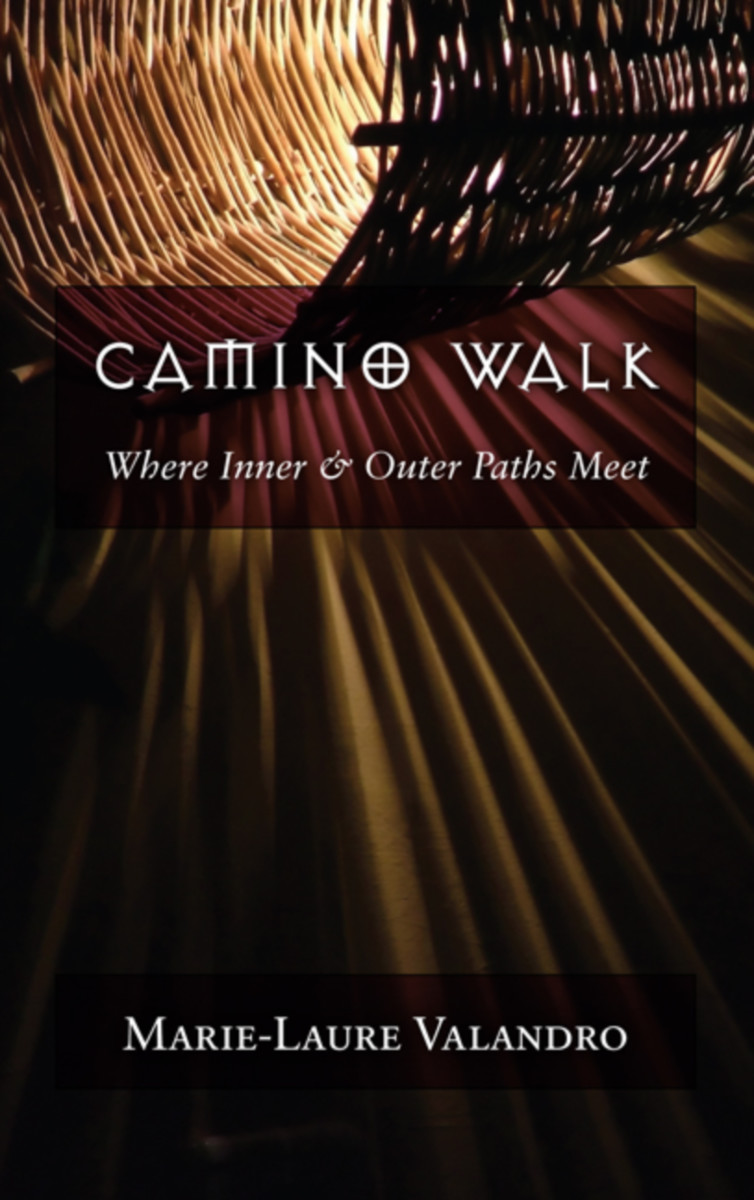 “With a mostly empty backpack and roaming empty paths, it becomes easier to empty oneself of the nonessential and fill the space with what counts. For many, it is the first experience of what it means to have space.” —Marie-Laure Valandro

In Camino Walk, Marie-Laure Valandro takes readers on a very personal pilgrimage along the centuries-old Camino de Santiago in northern Spain. The Camino de Santiago de Compostela (the Way of St James) is literally a path of devotion to the beings of Christianity—to Christ, to Mary, and to Saint James, for whom the Camino and the cathedral at the end are named. The Camino de Santiago winds its way through terrain that ranges from high plateaus to rugged mountain trails. It is a challenging pilgrimage during which inner and outer paths meet.

Beginning in Saint-Jean-Pied-de-Port in the Pyrénées-Atlantiques of southern France, the author traveled approximately 800 kilometers to Santiago on the northwest coast of Spain. Along the way, with the many other pilgrims on the path, she experienced an international community of the heart, shared by the many thousands of pilgrims of past, present, and future who have walked the path for more than a thousand years. Marie-Laure Valandro offers her fascinating and personal observations of the Camino and its fellowship, joys, pains, and hardships. She describes the many pilgrims she encountered and, most important, invites the reader to share her interior journey to Santiago and to wholeness.

Camino Walk offers a step-by-step account of the transformation that is possible when ordinary life falls away and we make room for gratitude and wonder for all that we encounter on our own path.

Barefoot through Burning Lava
On Sicily, the Island of Cain: An Esoteric Travelogue