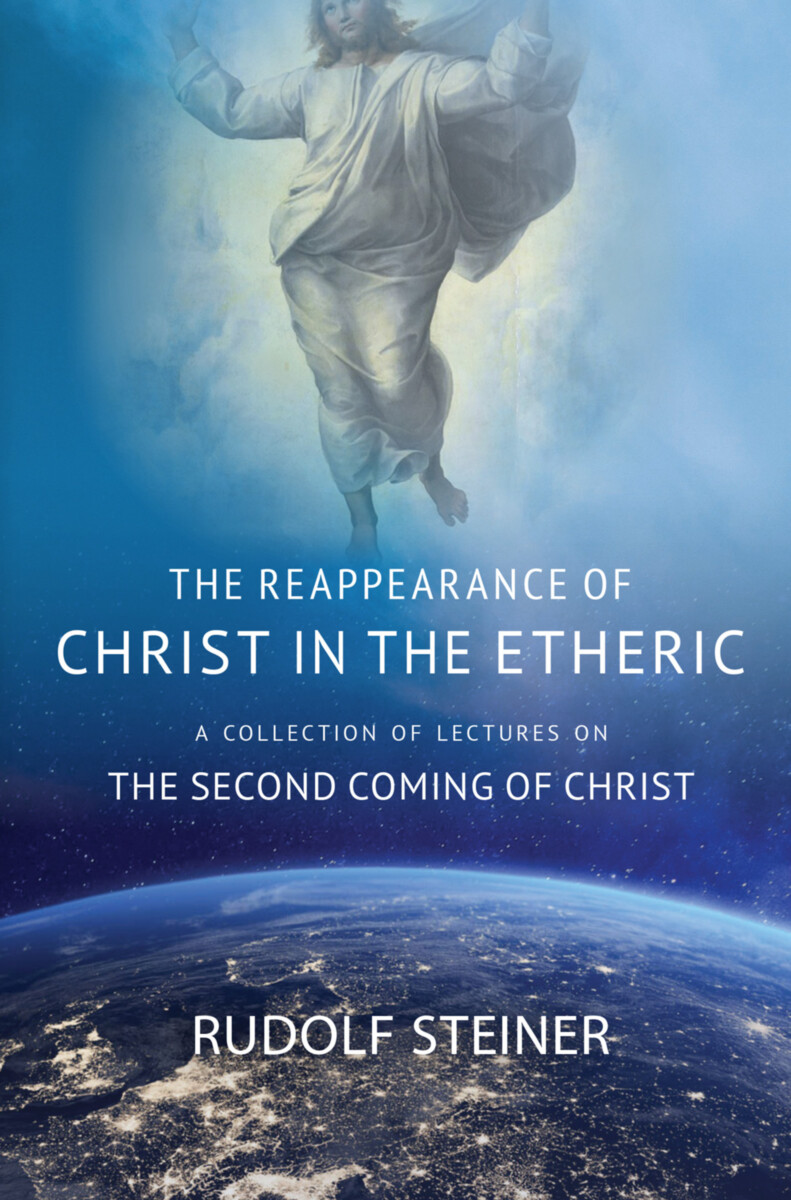 The Reappearance of Christ in the Etheric

A Collection of Lectures on the Second Coming of Christ

“Since the coming of Gautama Buddha, Eastern mystics have spoken especially about a future condition when earth will be bathed in a moral etheric atmosphere. Ever since the time of the ancient rishis, they had hoped that this moral impulse would come to earth from Vishva Karman (or from Ahura Mazda, as Zarathustra proclaimed). Eastern mysticism foresaw that this moral atmosphere would come to earth from the being we call the Christ. Eastern mystics had set their hopes on the being of Christ.” — Rudolf Steiner (p. 125)

The first chapter of the Acts of the Apostles describes Christ’s Ascension: “and a cloud received him out of their sight.” As the disciples were looking up, two angels appeared and said, “the same Jesus, taken up from you into heaven, shall come again in the same way as you have seen him go.”

Starting in 1910, Rudolf Steiner initiated a series of lectures announcing the advent of Christ’s appearance in the sphere of the earth’s etheric or life body. This he said would begin between 1930 and 1940, but at first, only a few people would be aware of it. In time, more and more people—regardless of their religious affiliation—would be infused by Christ’s living presence. Such “Damascus experiences,” bespeaking a new natural clairvoyance, Steiner said, would become increasingly common.

The Christ will become a living comforter. Though it may seem strange now, it is nevertheless true that even large numbers of people sitting together and wondering what to do will see the etheric Christ. He will be there and confer with them; he will cast his word into their gathering. We are approaching these times when this positive, constructive element will take hold of human evolution.” — Rudolf Steiner (p. 122)

The lectures collected here on the second coming of Christ also contain significant related issues, such as spiritual science and etheric vision, the etheric vision of the future, the Sermon on the Mount and the land of Shambhala, the etherization of the blood, the mysteries of comets and the moon, Buddhism and Pauline Christianity, and the three realms between death and rebirth.

READ THE INTRODUCTION BY STEPHEN USHER

The Etheric
Broadening Science through Anthroposophy 1

The Risen Christ and the Etheric Christ
An Esoteric Study