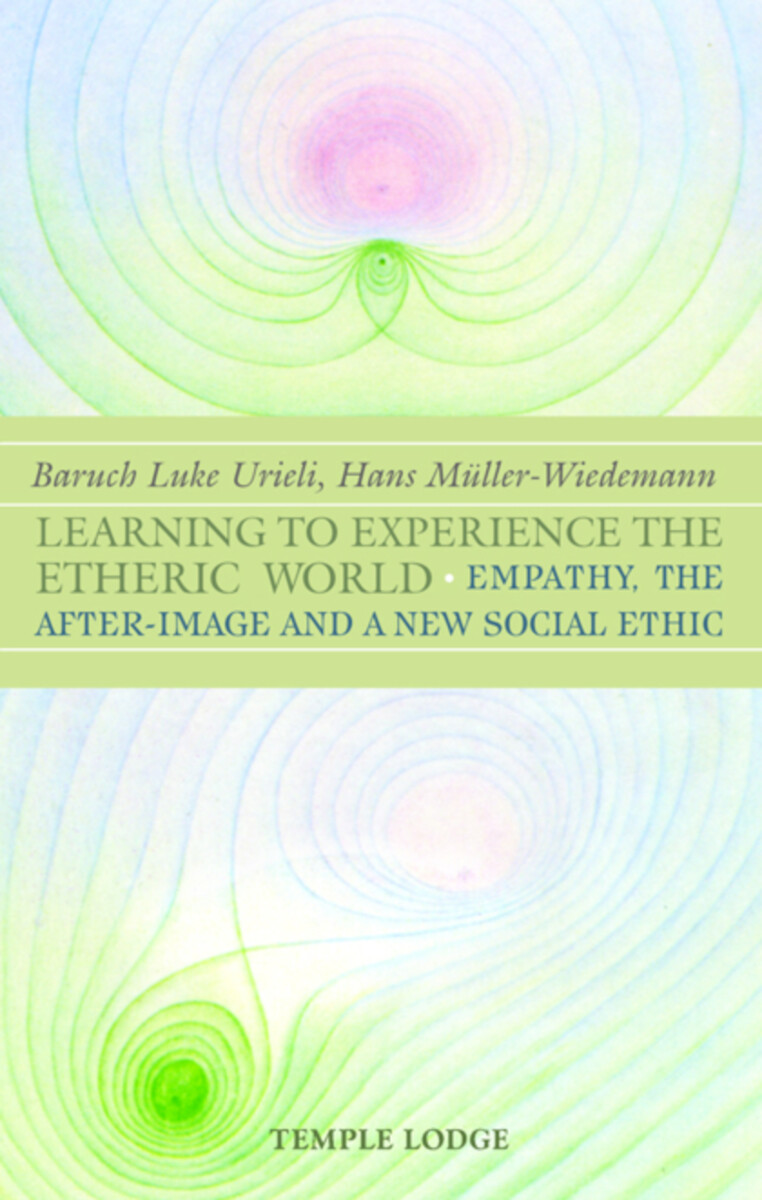 Learning to Experience the Etheric World

Empathy, the After-Image and a New Social Ethic

Today our world is increasingly filled with feelings of movement and flux, speed and a lack of sufficient time to do what "needs to be done." Life is marked by change, upheaval and revolution. The authors of this book suggest that, amid this life of turmoil, people are beginning to have conscious and semiconscious experiences of the etheric world of life forces. Yet, this growing sensitivity to the etheric realm only intensifies experiences of movement and upheaval. To counter such feelings, we must take hold of our inner life and strengthen the "I"—our true self.

Featuring essays supplemented with a substantial amount of source material from Rudolf Steiner and other authors, this book introduces us to methods for strengthening one's essential self. In particular, we can learn to practice the ability to add to every physical perception—whether of a stone, a plant, an animal or another person—of the etheric reality associated with that entity. This process leads us to become more aware of the "after-image." We can also learn to become conscious within the etheric realm. This work with the after-image, says Baruch Urieli, "is not an esoteric path but is, rather, an endeavor to bring the beginnings of a natural consciousness of the etheric to full conciousness and, hence, under the rulership of the ego."

Learning to Experience the Etheric World is an invaluable resource for inner development and the beginnings of spiritual sight.

PART ONE: The Development of the After-image Faculty in Modern Man and the Sacrifice of Kaspar Hauser by Baruch Luke Urieli

PART TWO: Collection of Source Material from Writings and Lectures by Rudolf Steiner

Source Material by Other Authors:
Goethe, “The Theory of Colour II”
Manfred von Mackensen, “A Phenomena-Based Physics”
Jacques Lusseyran, excerpts from And there Was Light and “A New Vision of the World”
Alfred Heidenreich, excerpt from The Vision of Christ in the Etheric World

Baruch Luke Urieli is a retired priest of the Christian Community and a long-standing member of the Camphill movement, which has many centers around the world for people with special needs.

Hans Müller-Wiedemann (1924–1997) studied medicine in Tübingen following his service in World War II. His focus was psychiatry, neurology, and psychosomatic disorders. Beginning in 1953, he lived and worked in Camphill communities, first with Karl König in Scotland, then in South Africa, and from 1966 at the Camphill community near Überlingen on Bodensee. His key research was in the area of autism. He published books and articles about his field of work, as well as poetry.