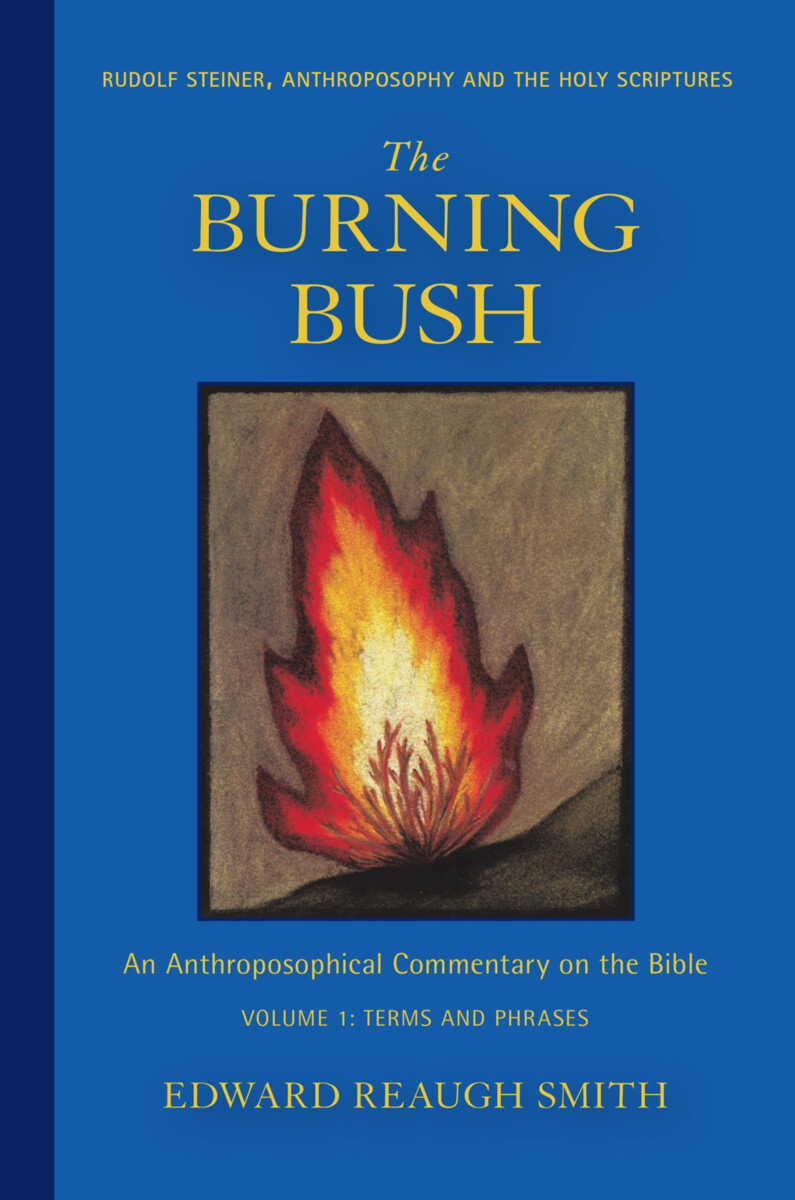 More significant for Christianity than the twentieth-century Dead Sea and Nag Hammadi discoveries is the growing North American awareness of Rudolf Steiner's works. No Bible commentary has yet reflected the remarkable spiritual insights of Anthroposophy. In The Buring Bush, Edward Reaugh Smith combines his own extensive traditional biblical knowledge with his years of concentrated study and reflection on hundreds of assembled works by Steiner. The result is the first Bible commentary in the light of anthroposophic insight.

This volume is based on the anthroposophic understanding given to humanity by Rudolf Steiner during the first twenty-five years of the twentieth century. The dramatic newness of anthroposophic thought means that the usual method of Bible commentary is not appropriate here. Much of The Burning Bush is devoted to laying an anthroposophic, or spiritual-scientific, groundwork. A major assumption indulged in most Bible commentaries—that one can go directly to portions dealing with given passages of scripture and understand what is being said about them—does not fit.

Moses’ vision of the bush burning on the mountain (Exodus 3:1–3) was profoundly seminal for each of us on our long, parabolic journey from the spiritual world into the valley of the shadow of death (Psalm 23:4), in which we have bodies of matter that die, until we can perfect them in our return journey.

In this 3rd edition of The Burning Bush, each of the numerous citations to Steiner’s works is updated according to the new Collected Works (CW) volume numbers. Steiner’s works, in German, comprise 367 volumes, archived in Dornach (near Basle), Switzerland. The volume numbers are provided for all Steiner references, whether or not yet published in English.

The Burning Bush is the foundation of the Edward Smith's five-volume series on the biblical message in the light of Rudolf Steiner’s Spiritual Science. The other volumes are: David’s Question: “What Is Man?” (Psalm 8) (2001); The Soul’s Long Journey: How the Bible Reveals Reincarnation(2003); The Temple Sleep of the Rich Young Ruler: How Lazarus Became Evangelist John(2011); and Revelation: A Cosmic Perspective(2015).

The numerous citations to Steiner’s works have been updated in this edition according to Collected Works (CW) volume numbers, as well as cities and dates for lectures. Steiner’s works, in German, comprise approximately 367 volumes, archived in Dornach (near Basle), Switzerland.