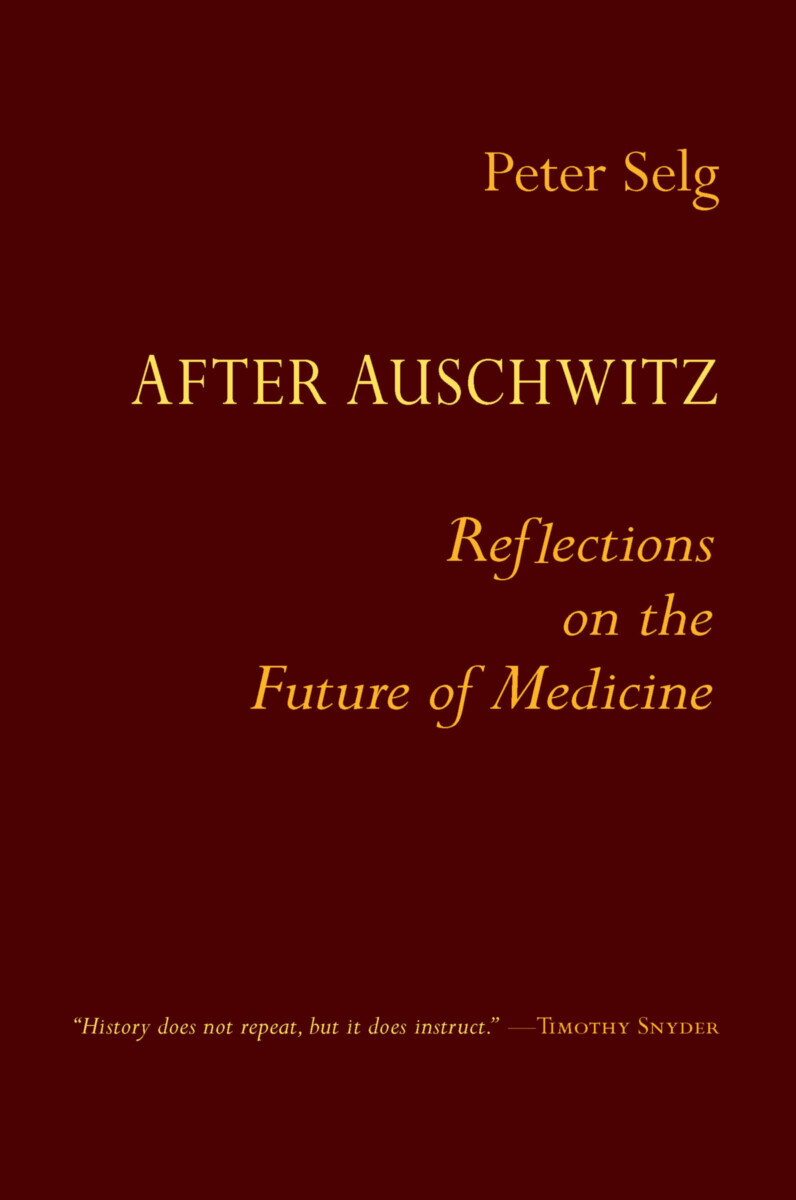 Reflections on the Future of Medicine

“History does not repeat, but it does instruct.”
— Timothy Snyder (On Tyranny)

Since 2009, Peter Selg, along with Polish historians, has led seminars on medical ethics at the Auschwitz-Birkenau memorial for students at Witten / Herdecke University, Germany. This book was created following a public event in 2019 that investigated the “lessons of Auschwitz” for the practice of medicine in society today and in the future.
As well as commemorating the individual victims, the Auschwitz event focused on the role of German physicians in the Nazi regime. In this book, Dr. Selg’s discussions go far beyond the historical events of the 1930s and ’40s. Countering the legacy of Auschwitz-Birkenau and the inhumane medical practices of that time, he presents us with ways to advance forms of medicine today that encourage the most compassionate treatment of one another as human beings.

“Today, as always in times of crisis, there are symptoms of a return, if not to Nazism, then to a right-wing regime that is strong, with a firm, streamlined order.” — Primo Levi

1.   Survival after Auschwitz: Primo Levi and the Hope for Change

1. The Death of Primo Levi
2. The Road to Auschwitz
3. Monowitz Buna
4. Medicine and Leonardo De Benedetti
5. If This Is a Man
6. Social Repression and Reappraisal
7. Contemporary History and Holocaust Denial
8. The Difficult Life
9. The Drowned and the Saved
10. Despair

2    Medicine without Humanity: Alexander Mitscherlich and the Forces of Persistence

1. The Nuremberg Doctors’ Trial
2. Alexander Mitscherlich and Viktor von Weizsäcker
3. “Freedom and Unfreedom in Illness”
4. The Establishment of the German Medical Commission
5. “The Dictate of Contempt for Humanity”
6. Doctors of Infamy
7. Basic Questions of Medical Science
8. “Science without Humanity”
9. “Coming to Terms with the Past” and Medicine
10. The Late Awakening of the 1980s

3.   “Knowingly Human”: Threats and the Future of Human Medicine

The Occult Significance of Forgiveness
OR