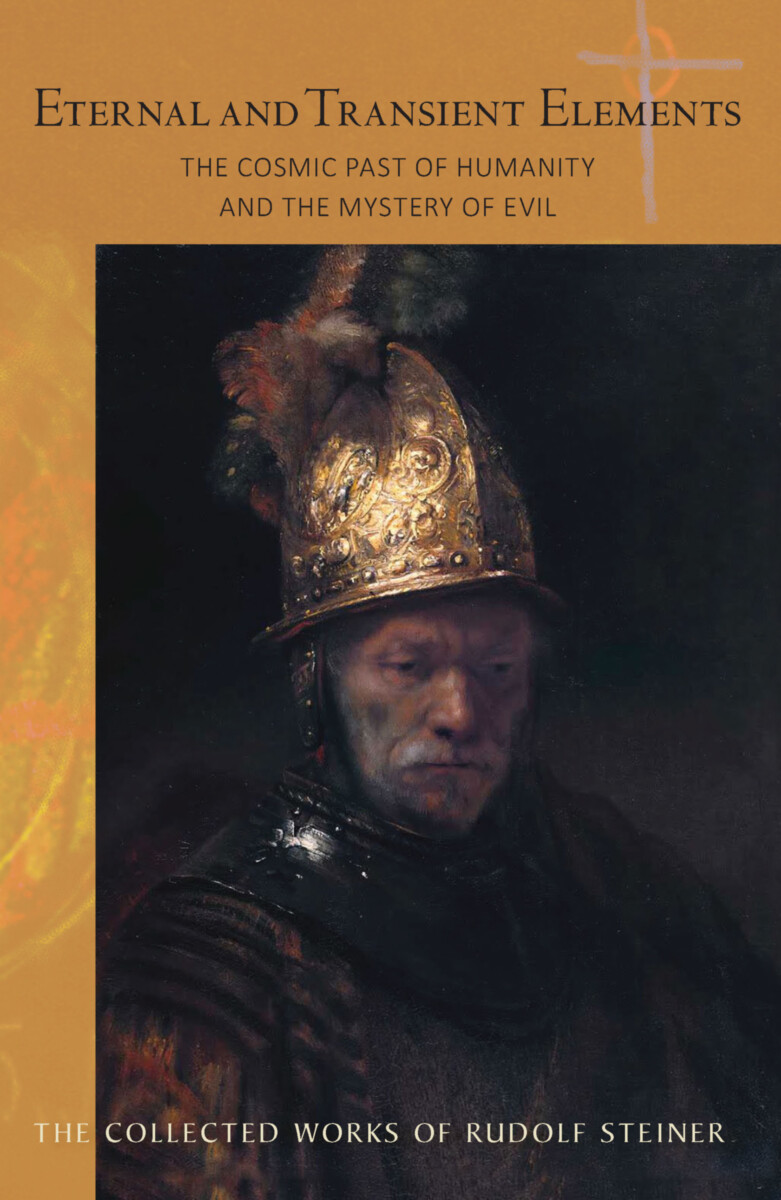 “This volume is said to be ‘the most advanced course in anthroposophy,’ and readers will no doubt find it a challenge. It may need several readings of a sentence or paragraph to get a grsp of what they convey, and it may sometimes be helpful to sleep on them and read them again the next day.” — Anna R. Meuss

In this “advanced course in Anthroposophy,” Rudolf Steiner addresses a great question of our time: What is the role of evil in human development? He discusses the year 666, when three streams of time intersected—the familiar linear stream and two “lateral” streams—and the reoccurrence of the 666-year rhythm in history.

At the heart of this mystery is the being Sorat (“the beast”), who attempted to flood humanity with premature spiritual knowledge by inspiring the scholars of the ancient Academy of Gondishapur. Although that academy was responsible for saving Aristotle’s works, Steiner explains that it also generated tremendous and dangerous gnostic wisdom, which eventually spread through Christian monasteries and inspired Western scientific thought. Its immediate negative impact, however, had to be counteracted by the Prophet Muhammad and the establishment of Islam.

In contrast to the 666-year rhythm in history, the 333-year rhythm is connected to the healing forces of the Golgotha Mystery. The year 333 is a central point in the post-Atlantean age, as well as a pivotal moment in establishing the Christ Impulse and the new equilibrium it has brought to humanity, allowing people to gain wisdom through their own efforts. Such wisdom enables insight into three key areas: suprasensory knowledge of birth and death; understanding an individual’s life; and the conscious ability to confront the adversarial beings, Lucifer and Ahriman.

Steiner also addresses a host of other themes, including occult Freemasonry in Anglo-American countries; materialism in the Roman Catholic Church; prophetic and apocalyptic vision; dualism and fatalism in pre-Christian times; and the delusion of time and space.

Seeking to awake his listeners to the urgency of the tasks ahead, he urges people to enliven spiritual understanding with enthusiasm, fire, and warmth of heart.

“Initiates of the mysteries have, through the ages, always said one thing, rightly so. It is that, if one does not know how to judge the two streams in philosophical life properly, two streams we have been considering—idealism and materialism—one will be in danger of either falling through a trapdoor into a poky little cellar hole, or coming to a dead end in the search for philosophy of life. The cellar has been considered by initiates of all times to be dualism, where one does not find the bridge from ideas, spiritual thinking tinged with theory, to the sphere of matter, of material things.” — Rudolf Steiner

The Inner Life of the Earth
Exploring the Mysteries of Nature, Subnature, and Supranature