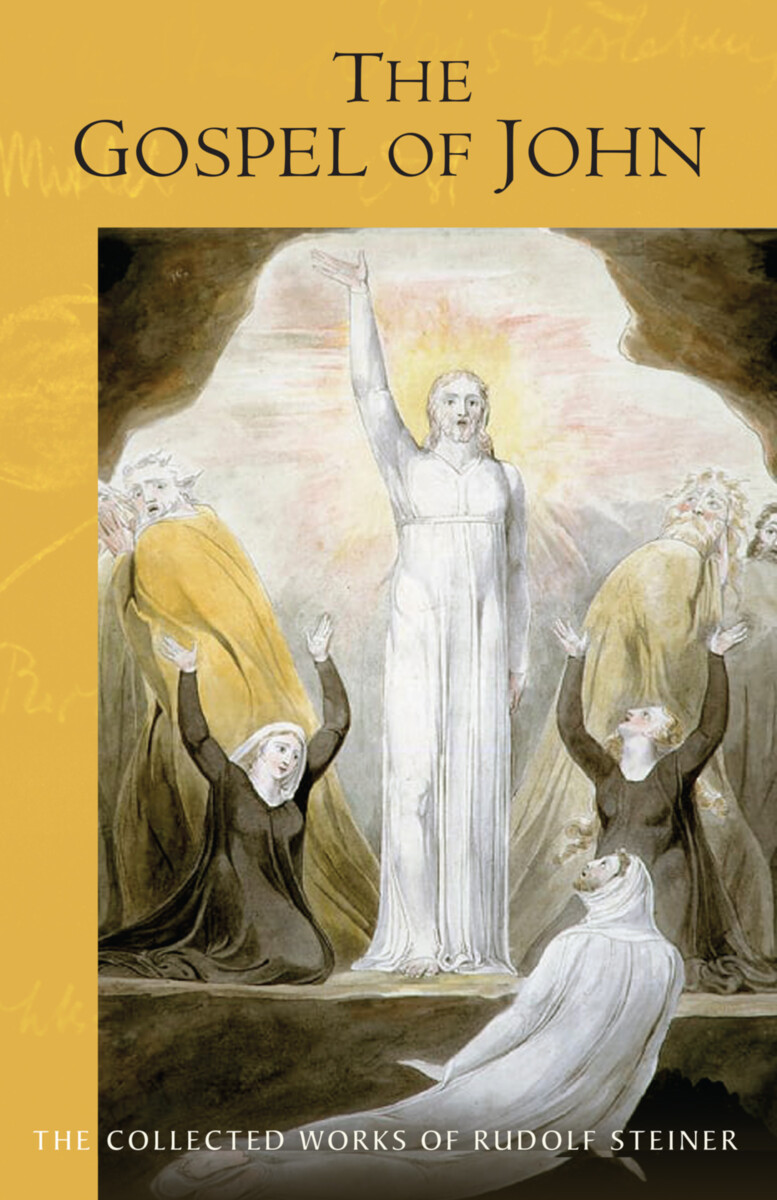 The Gospel of John

“It was Steiner’s intention in these lectures to establish the ways in which this Gospel and its author, Lazarus-John, the one Christ called the beloved disciple, provided one of the surest paths to an understanding of the profound relationship of Christ to each human person and to Earth.... He leads his audience, and us readers, to an understanding of Lazarus-John unknown even to the other three primary evangelists—Matthew, Mark, and Luke—who wrote their Gospels several decades before Lazarus-John.” — Robert McDermott (from the introduction)

In these twelve profound lectures, Rudolf Steiner uncovers and reclaims the essential truths of Christianity, illuminating the Gospel of John in all its majesty, power, and far-reaching signiﬁcance.

Foremost among the revelations to be found here is the identity of the writer of John’s Gospel—the risen Lazarus, the disciple whom the Lord loved. Lazarus-John, the ﬁrst to be initiated by Christ Himself, wrote his Gospel out of the deepest wellsprings of knowledge, implanting within it vital spiritual forces. As Steiner states in the ﬁnal lecture of this volume, “This Gospel is not a textbook but a force that can work within our souls.” It is this force living in the words and rhythms of John’s Gospel that puriﬁes the soul, transforming it—in the language of esoteric Christianity—into the Virgin Sophia, receptive to the Holy Spirit.

Along this path, we come to recognize that Christianity, far from being a codiﬁed system of beliefs, is a living power within the evolution of humanity, a power that is only at the beginning of its activity. What Steiner calls the Mystery of Golgotha—the death and resurrection of Christ—stands as the turning point of time, the event through which the Earth receives its meaning. The effects of this event, and the further activity of Christ as the Spirit of the Earth, will continue to evolve from year to year, century to century, until one day in the distant future, Christianity will fulﬁll its mission. This cannot happen, however, until Christianity is understood “in its true, spiritual form.”

This lecture cycle is an essential guide to understanding the true mission of Christianity, a guide to spiritualizing the Earth, transforming the Cosmos of Wisdom into the Cosmos of Love. As with all great books, The Gospel of John not only imparts knowledge—it can also change you.

“Our lectures on the Gospel of John will have a double purpose. One will be the deepening of the concepts of anthroposophy themselves and their expansion in many directions, and the other will be to make this great document itself comprehensible by means of the thoughts that will arise in our souls in consequence of these deepened and expanded concepts. I beg you to hold clearly in mind that it is the intention of these lectures to proceed in these two directions. It should not be simply a question of arguments about this Gospel, but rather that by means of the latter we shall penetrate into the deep mysteries of existence. We should hold very clearly in mind how the perspective of anthroposophy must be developed when we are dealing with any of the great historical records handed down to us by the different religions of the world. — Rudolf Steiner (lecture 1)

1. The Doctrine of the Logos
2. Esoteric Christianity and the Divine Human Archetype
3. The Mission of the Earth
4. The Raising of Lazarus
5. Pre-Christian Initiation and the Marriage at Cana
6. The “I Am”
7. The Mystery of Golgotha
8. Human Evolution in Relation to the Christ Principle
9. The Prophetic Documents and the Origin of Christianity
10. The Activity of the Christ Impulse within Humanity
11. Christian Initiation
12. The Nature of the Virgin Sophia and of the Holy Spirit

The Gospel of St. John
And Its Relation to the Other Gospels (CW 112)

Reflections on the Gospel of John