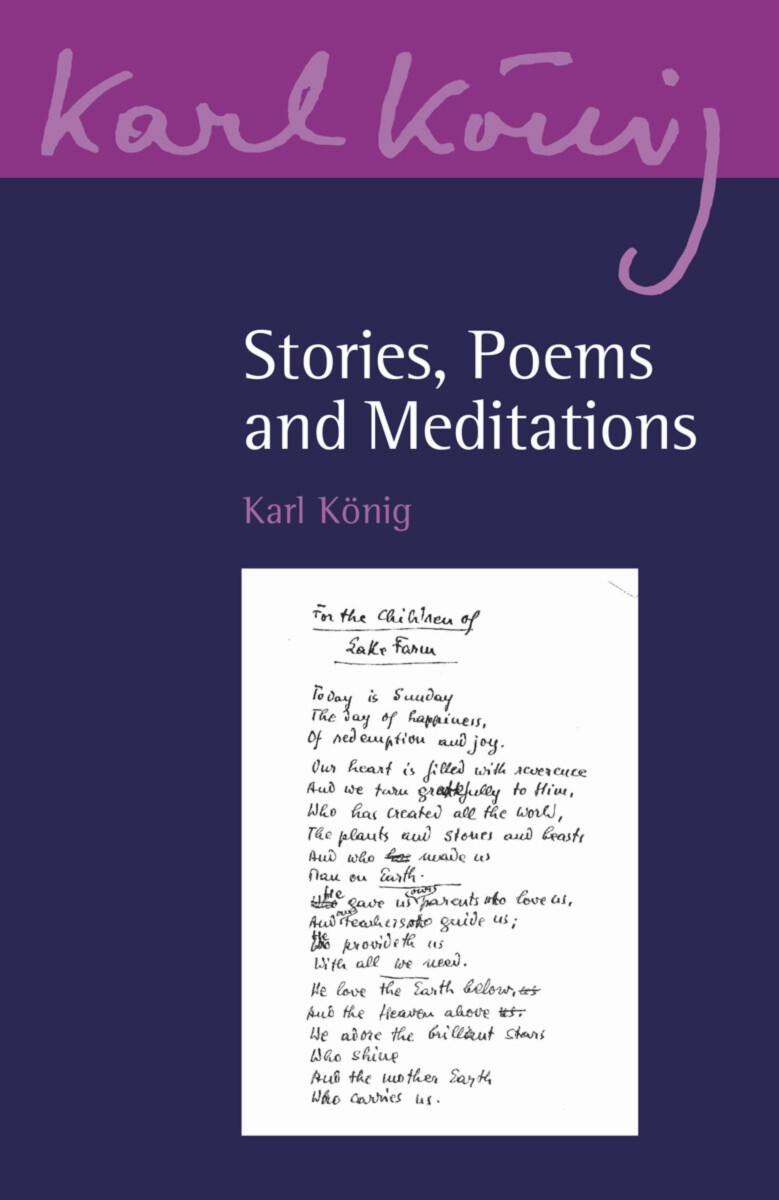 Alongside his work with the Camphill movement, Karl König was a prolific writer of stories, poems and meditative verses. This book contains:

An extensive introductory essay explores the cultural environments in which König was writing—including Vienna in the early twentieth century, and the challenging times leading up to World War II—and discusses the creative development of his literary work.

I Want the Meaning of Life

Poems
For Alfred Bergel
Untitled [1920]
Untitled [1921]
Whitsun
To You, Brother Proletarian!
For Albert Steffen's Pilgrimage to the Tree of Life
Calling Up
Untitled [for Tilla 1938]
For You
For Me
For Turner, the Great Painter
To Germany
Untitled [ca. 1940]
For the Camphill Community
Prater
Pound and Dollar
Verse for the Human Being
Easter Morning
St John'’s Day
Whit Sunday
Eye and Ear
Calendar Verse [1961]
Calendar Verse [1962]
The Tourmaline Secret
One Last Poem? (Richard Steel)
Karl Konig's Last Poem

Short Stories
The Bohemian-Moravian Brotherhood
The Monk's Dream
The Idle Tongue
Brother and Sister
Athena Parthenos
The Three Days
Christmas Past, Present and Future
A Highland Story
One Morning 1352 bc
Also a Christmas Story