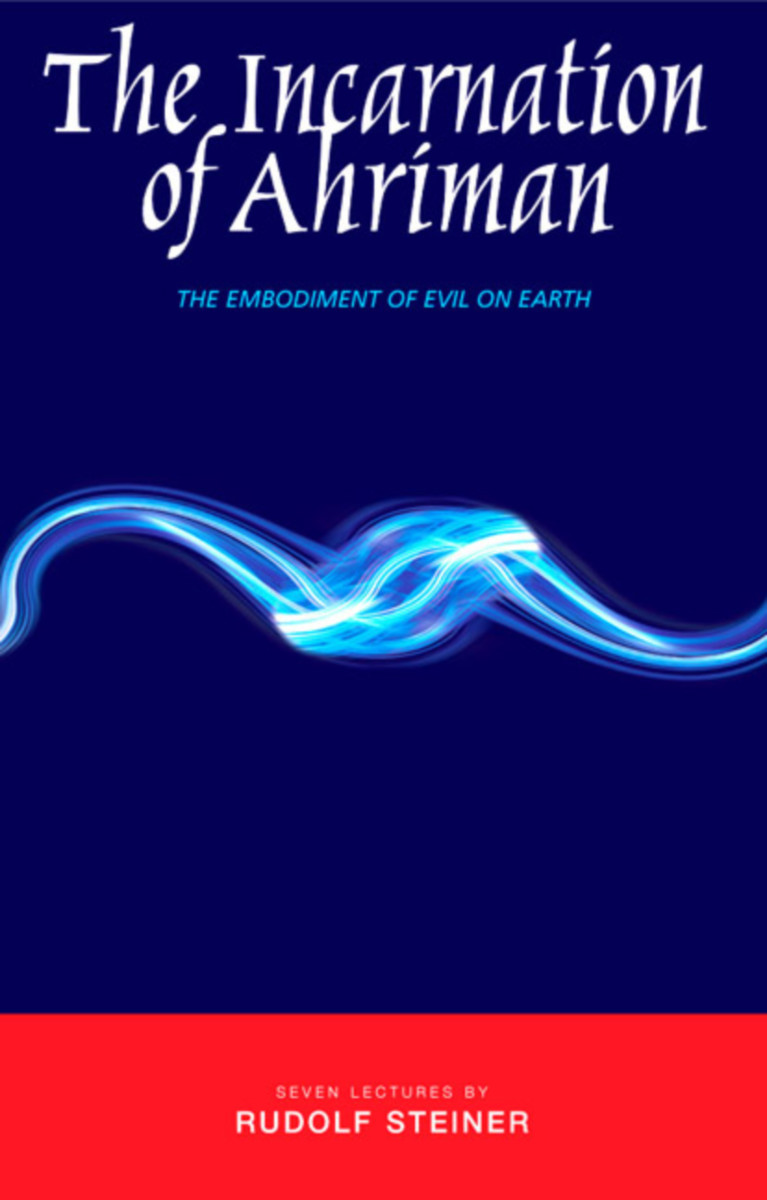 The Incarnation of Ahriman

The Embodiment of Evil on Earth

Ahriman is a significant figure of Persian mythology. Rudolf Steiner, however, spoke of Ahriman as an actual, living spiritual entity. This being, he said, works to embed human beings firmly into their physicality, thus encouraging dull, materialistic attitudes and a coarse, dry intellect. In these extraordinary lectures, Steiner assumes a rare prophetic mode. He talks about an actual incarnation of Ahriman on Earth and the potential consequences of this event. Just as Christ incarnated in a physical body, so would Ahriman incarnate in the Western world—before “a part” of the third millennium has passed.

Steiner places this incarnation in the context of a “cosmic triad” that includes Ahriman, Lucifer, and Christ. Ahriman will incarnate as a counterpoint to the physical incarnation of Lucifer, which took place in the East during the third millennium BC. The incarnation of Jesus Christ took place in Palestine as the point of balance between the two.

During the period when Steiner developed Anthroposophy—a teaching career of more than twenty years that included over than six thousand lectures—he spoke of Ahriman’s incarnation only six times. For the first time, these six lectures (plus a supporting excerpt) are reproduced in their entirety in a single volume.