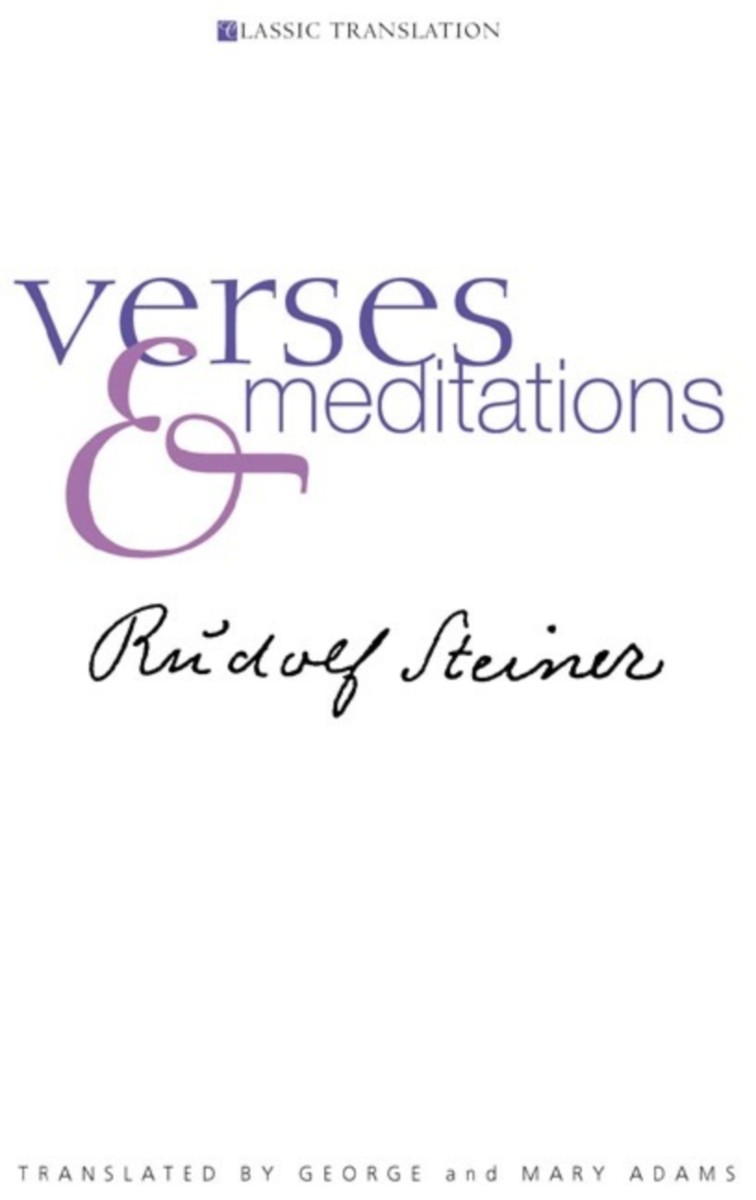 Featuring more than ninety of Rudolf Steiner’s best-loved verses and meditations, this volume collects a range of material on various themes, such as working with spiritual beings, connecting with loved ones who have passed over, developing "I"-being, and celebrating festivals and seasons. Countless people have worked with these meditations over the decades and can testify to their power, as well as to the strength and comfort they offer for meditation and contemplation.

Although there are various translations for many of these verses, George and Mary Adams’s renderings can truly be said to be “classic” and are the most widely used in the English-speaking anthroposophic movement. George Adams was Steiner’s personal interpreter whenever he lectured in Britain, and Adams thus developed an intuitive understanding of Steiner’s esoteric work.

Those who know these verses will be delighted that they are available again, while those who approach them for the first time will discover a treasure of wisdom and an abundance of tools for inner transformation.

This edition also features the original German texts where applicable.

Daily Contemplations
Wisdom and Love: An Almanac for the Soul

Meditations for Courage and Tranquillity
The Heart of Peace

Meditations for Harmony and Healing
Finding the Greater Self