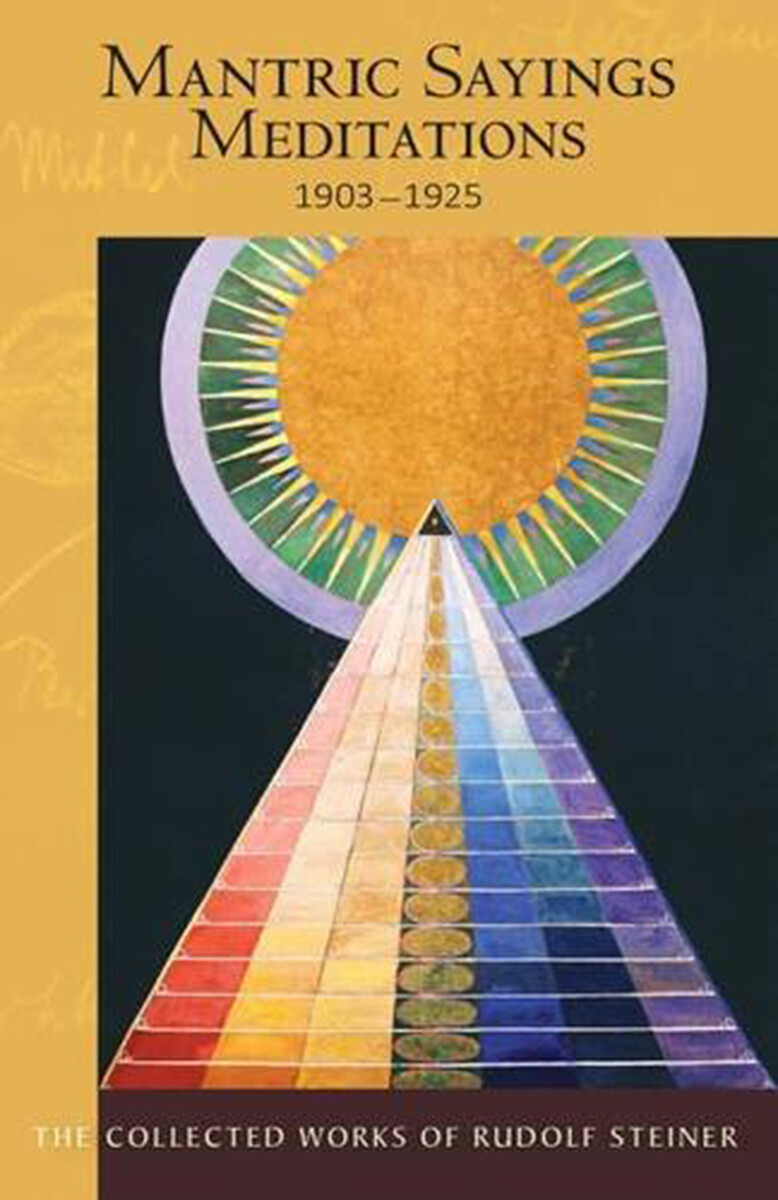 “Transform yourself for the sake of the world.
Learn to practice thinking, feeling, sensing, and willing without egoism.
Let your work be the shadow that your I casts
when it is shone upon by the flame of your higher self.”

By “mantric sayings” (mantrische Sprüche), Rudolf Steiner means content given by the spiritual world to be absorbed and experienced in meditation. Thus, the volume contains intuitive insights received “from the spiritual world” and, as such, the vehicle to return us to it. The meditations were often given personally to others for general use, as well as for specific situations or needs such as healing and strengthening, in relation to those who had died, or for anthroposophic work. In other words, these short texts are to be performed—to be experienced. In this sense, they are directive—enjoining us to “Do this!”—and affirmative—positive, filled with hope, and oriented toward the other and the future.

Mantric Sayings includes translations of scriptural passages and ancient versions of the Lord’s Prayer that were part of Steiner’s own meditative practice, as well as the 1913 lecture, “The Foundation Stone Address,” for this, too, contains gifts of the spirit. Also included is Steiner’s important “Macrocosmic (or Reverse) Lord’s Prayer.”

Because meditation lies at the very heart of anthroposophy, as Steiner wished to see it practiced, there are many other collections of Steiner’s meditation texts. What makes Mantric Sayings unique, however, is its range, extending from July 1903 to March 1925—virtually the entirety of Rudolf Steiner’s life as a spiritual teacher—and its personal quality. It is very clear that many of these meditations, whether given to others or simply written in his notebooks or on loose note sheets, were meditations that Steiner himself not only received, but also worked with himself in meditation. In this sense, these meditations present a kind of intimate soul portrait; they are what he did and subsequently gave to others with, as one might imagine, great love and deep knowledge of the recipients.

This book is a companion volume to Soul Exercises: Word and Symbol Meditations.

PART I: Mantric Sayings and Meditations

For Buildings
For Work Groups and Branches of the Society
For Teachers, Doctors, and Priests