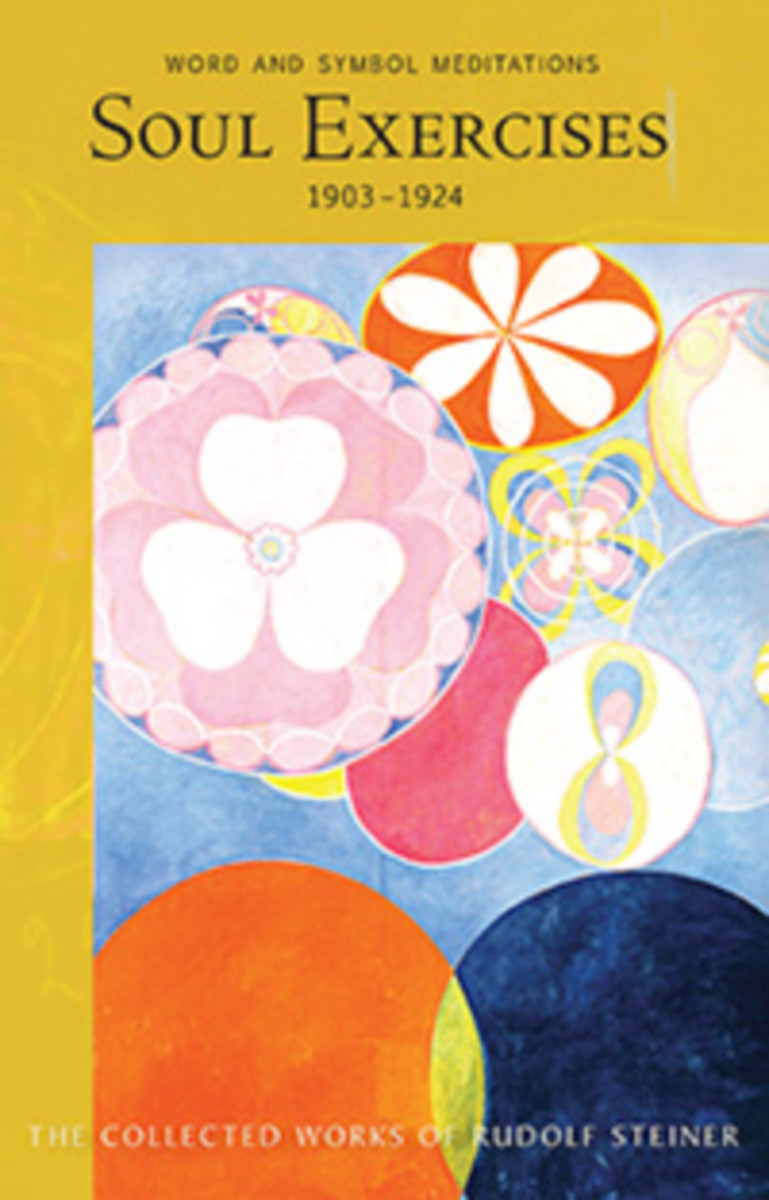 "The whole world stands facing the human soul—dark, unknown as the blue of the sky. But what is unknown comes. The human soul must feel this coming as its own extinguishing. Sensing this self-extinguishing is followed by the right to re-create oneself anew from the outer world that has been absorbed.... "I am 'I.'"

Rudolf Steiner made it his task to teach nothing that he had not experienced himself and always encouraged others to make individual spiritual-meditative research the basis of their spiritual lives. Therefore he gave many spiritual exercises to his pupils who asked for them. This was especially the case during the period of the Esoteric School (1904-1914), which closed with the outbreak of World War I, which made a certain kind of esoteric work impossible. Steiner, however, continued to give individuals exercises and meditations in private conversations until 1924, when his health no longer allowed it. Usually he would write all instructions out by hand. A few were communicated verbally. Although every exercise originated in a particular context, he believed that because the same conditions apply to all who take up this path of training, in principle the exercises should be available in “the widest possible context.”

Beginning with general rules and conditions (the so-called supplementary exercises), meditations for the days of the week, and morning and evening exercises, Soul Exercises collects all of the word and symbol meditation exercises Steiner gave. This includes nine groups of exercises based on Mabel Collins’ “Light on the Path” and a multitude of exercises with individually composed meditative verses.

The book concludes with explanations and contextual commentary relating to the exercises, including notes on the value of symbolic ideas on the path of spiritual schooling; the Rose Cross meditation; the verse “More radiant than the Sun”; the backward review (Rückshau); contemplation of one’s own divine ideal; and alcohol and diet.

Soul Exercises will be a help to all who take up the anthroposophic path of inner work.

Introduction by Hella Wiesberger: “Accounts of the Anthroposophic Path of Schooling in Rudolf Steiner’s Works”

The Essential Nature of Meditative Practice

A. The Breath Exericises
B. References to “Lotus Flowers and Chakras” and “Kundalini

An Exercise for Karmic Insight
(CW 236)

Finding Inner Balance
Meditative Exercises for Mindfulness, Empathy and Strengthening the Will