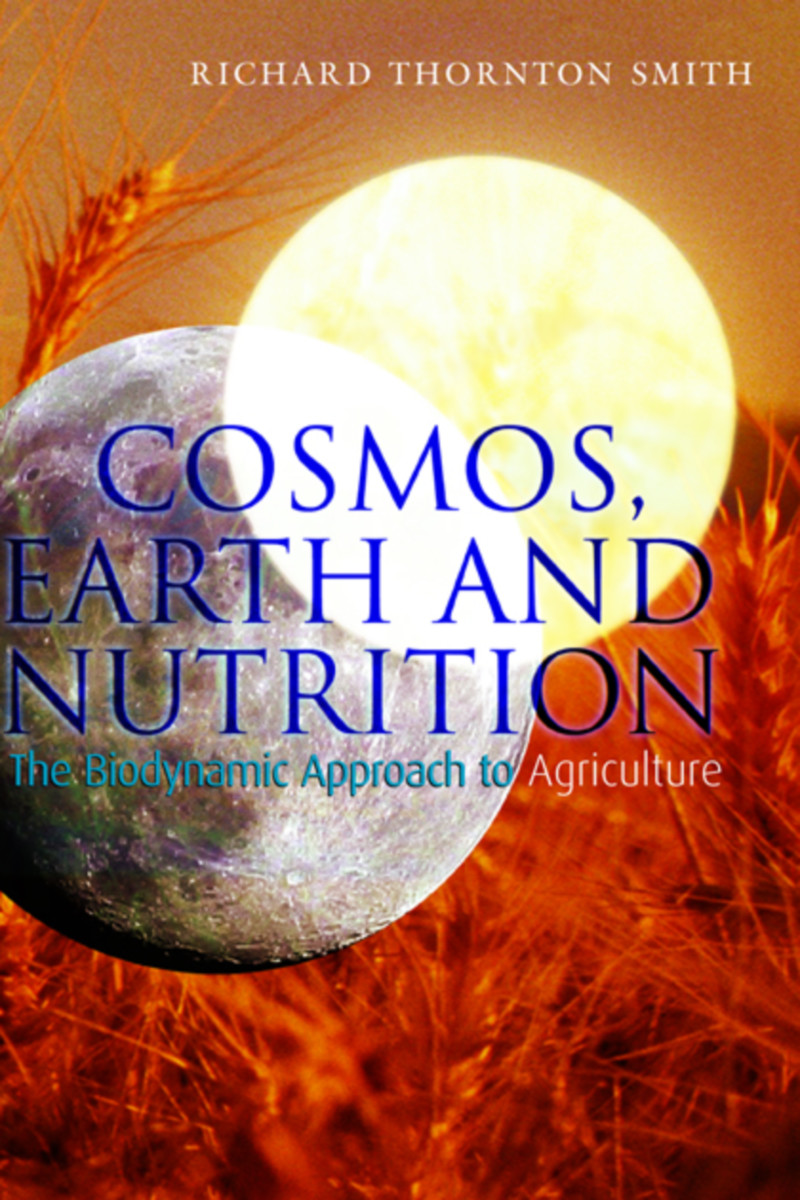 The Biodynamic Approach to Agriculture

Biodynamic agriculture is a unique development of the organic approach that does not focus only on agricultural techniques. It was conceived as a whole new approach and way of thinking about farming, nutrition, and the world of nature, allowing revitalized relationships with the living soil, the elemental world, and the cosmos. Originating from a series of eight lectures by Rudolf Steiner in 1924, biodynamic methods broaden the outlook of agriculture and the science behind it, leading to a holistic perspective that incorporates astronomical rhythms and unique preparations for plants and earth.

Richard Thornton Smith describes the foundations on which biodynamics as well as the more general organic movement is based. He builds bridges between mainstream science and Steiner’s insights, making it easier for the broader organic and ecological movement to approach biodynamic concepts and practice.

Cosmos, Earth, and Nutrition has much to offer for the beginner, as well as for those already involved with biodynamics. Its broad range of topics include the ecology of the farm organism; food quality and nutrition; community supported agriculture (CSA); planetary influences; seed quality; and the vitality of water, all contributing to a deeper understanding of the subject. The author is also concerned with promoting innovation, so that biodynamics moves forwardwith the times. An appendix includes details for contacting various elements of the biodynamic world.

1. The Foundations of Holistic Agriculture
2. The Nature of Life: Looking to the Cosmos
3. The Living Earth and the Farm Organism
4. The Working of Cosmic Energies in Plant and Soil
5. Supporting and Regulating Natural Processes
6. Working Practically with Astronomical Rhythms
7. Seeds: Nurturing a Vital Resource
8. Water: The Foundation of Life
9. Healing Outer and Inner Landscapes (Margaret Colquhoun)
10. Food Quality, Nutrition, and Health
11. Community Supported Agriculture (Bernard Jarman)
12. Looking to the Future

Dr. Richard Thornton Smith is a former a geography professor at the University of Leeds, specializing in soil science, environment, and conservation. Widely traveled, he has a long-standing interest in indigenous and sustainable farming. He was introduced to the work of Rudolf Steiner at an early age, and became fully involved with biodynamics in 1990, when he began to participate in training programs and workshops at Emerson College, UK. In 1996, he began a biodynamic extension program in Sri Lanka, for which he published a book, updated in 2007. Since 2001, he has been an inspector for the Biodynamic Association’s Demeter and Organic certification program in the UK. In 2003, he produced an edited selection of Steiner’s work relating to agriculture. He is currently a council member of the Biodynamic Agricultural Association and lives in Ross-on-Wye, UK.