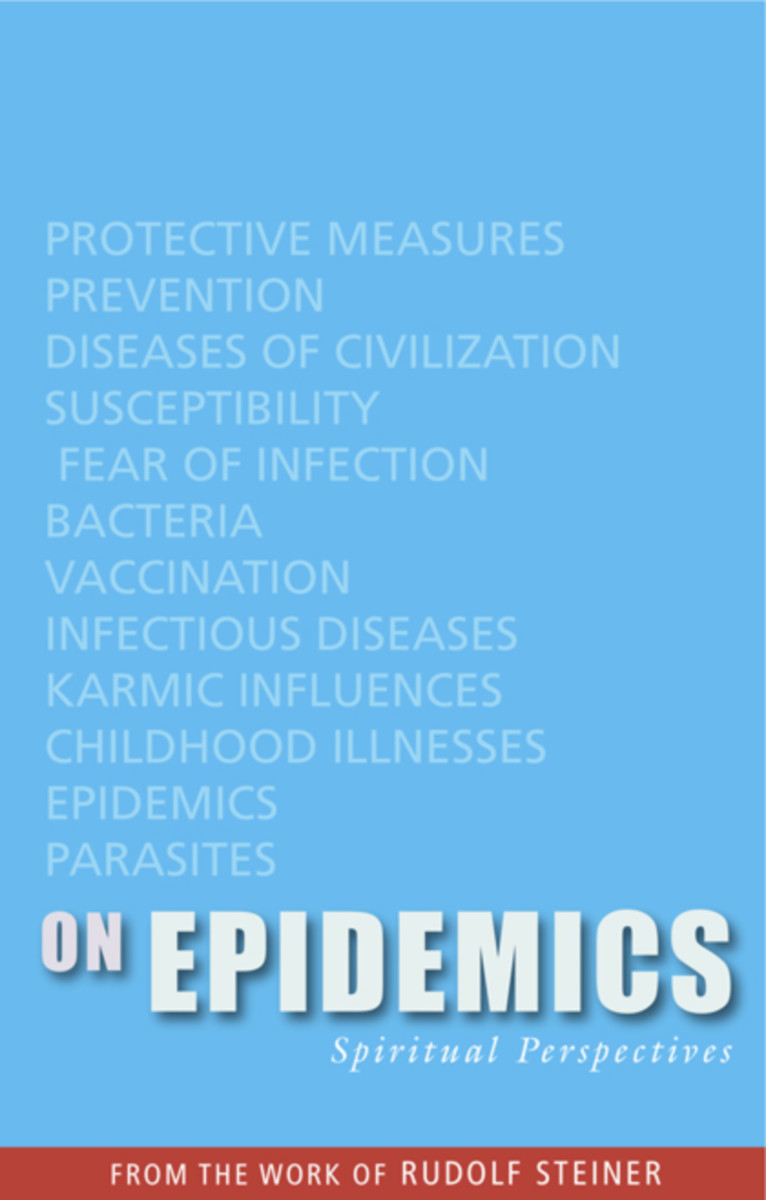 “If we can bring nothing up out of ourselves except fear of the illnesses that surround us at the seat of an epidemic, and if we go to sleep at night filled with nothing but thoughts of this fear, then we create unconscious replicas, imaginations, drenched in fear. And this is an excellent method for nurturing bacteria.” —Rudolf Steiner

Based on brief, pithy quotations from Rudolf Steiner’s collected works, the “spiritual perspectives” in this volume present core concepts on the subject of epidemics. These brief extracts do not claim to provide exhaustive treatment of the subject, but open up approaches to the complexity of Steiner’s extraordinary world of ideas. Some readers will find these fragments sufficient stimulus in themselves, while others will use the source references as signposts toward deeper study and understanding.

1. Epidemics and Infection
2. Karma and Epidemics
3. The Spiritual Background of Epidemics
4. Protection during Epidemics
5. Present Causes of Future Epidemics