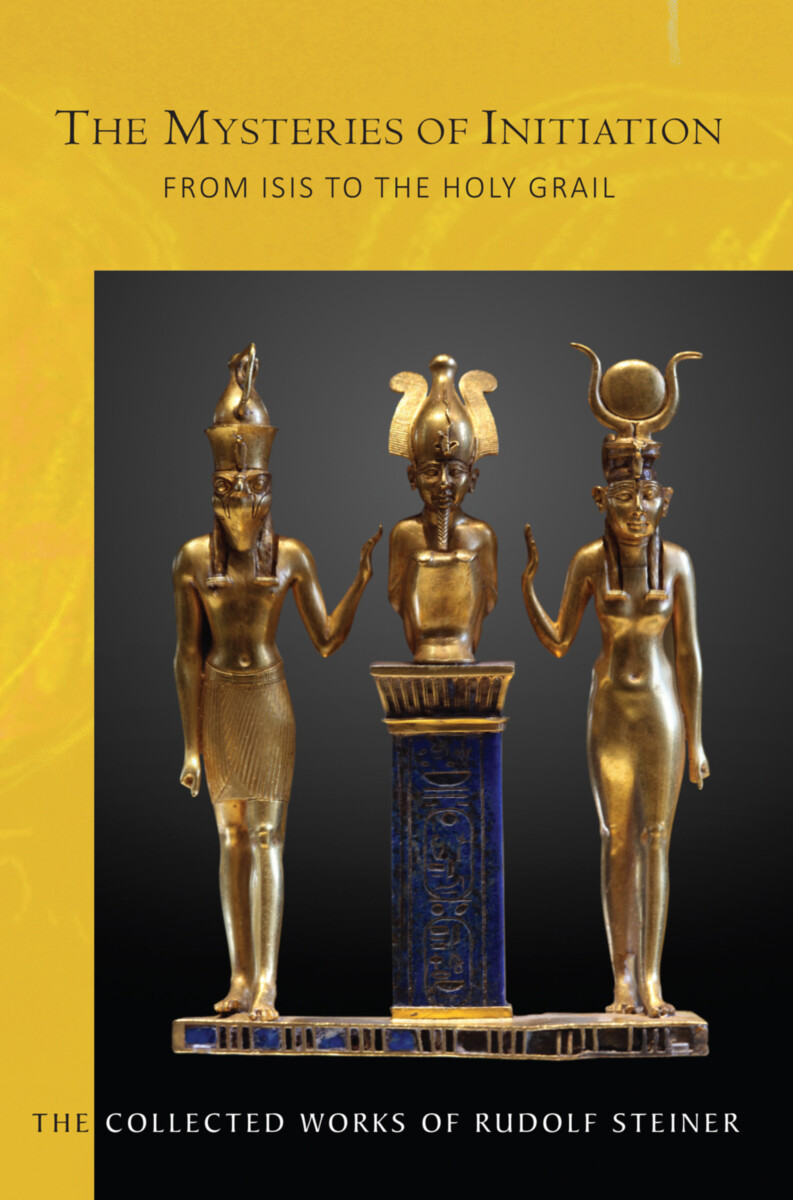 The Mysteries of Initiation

In this concise study, Rudolf Steiner sketches the evolution of the mysteries, from ancient Persia through Egypt and Greece to the present Christian era. He traces the line of initiates from the Egyptian divinities Isis and Osiris to Moses and to King Arthur’s Round Table and the Holy Grail in the twelfth century.

Steiner focuses on the process of initiation in historical terms—how initiation worked in ancient Egypt and during the late Middle Ages. However, his inspirational presentation leads to this question: How can we advance to initiation today? He underscores the potential for achieving enlightenment today without an incarnated teacher and explains the four stages of the process toward initiation. He also highlights the need for strenuous efforts to overcome the subtle powers of evil (Lucifer and Ahriman) through selfless effort.

These four lectures form an important landmark in Rudolf Steiner’s biography—the first delivered on February 3, 1913, the very day that the Anthroposophical Society was founded.

First published in English as The Mysteries of the East and of Christianity and unavailable for many years, this revised edition features appendices, an index, and an introduction by Robert McDermott.

Cover image: Osiris on a lapis lazuli pillar in the middle, flanked by Horus on the left and Isis on the right (22nd dynasty, Louvre, Paris).

Introduction by Robert McDermott
Context of Lectures
Evolution of Initiation, from Isis and Osiris to the Holy Grail
Persistence of Evil

Lecture 1: Berlin, February 3, 1913
The Mystery being in its connection with the spiritual life of mankind. Initiation nowadays requires strengthening and transformation of the soul’s forces—sensor impressions, thoughts, and judgments must turn from the end to the means; viewpoints and opinions must be overcome. The Stages of initiation. First stage: the experience of death; second stage: the passage through the elementary world.

Lecture 2: Berlin, February 4, 1913
The strengthening of the soul forces as a prerequisite for the ascent into higher worlds. The intertwining of natural and moral laws in the spiritual world. Encounters with the souls of the dead. The after-death consequences of unscrupulousness and addiction to comfort in earthly life. Third stage of initiation—the sight if the midnight sun. The supernatural experience of the plant world and its connection with the sun and stars. In a sleeping person, the physical and etheric bodies are like a plant, the ego (“I”) and astral body like the sun and stars.

Lecture 3: Berlin, February 5, 1913
Further stages of ascent into the spiritual worlds. Fourth—standing before the upper and lower gods. Painful soul experiences. Initiation in the ancient Mysteries. Building up the physical and etheric sheaths through the Amshaspands and the Izeds in the Zarathustra initiations. The early and late Egyptian mysteries. The silence of the world word. Abandonment and loneliness of those to be initiated. The death of the god who passes into another world.

Lecture 4: Berlin, February 7, 1913
Mystery secrets of the Egyptian sentient-soul culture reappear in King Arthur’s Round Table. Arthur, his knights, and Guinevere as human images of the zodiac, sun, and moon. Repetition of the secrets of the mind and soul in the Holy Grail. The Grail opponents Klingsor and Iblis. The Dual nature of the modern human being—the dying Parsifal and the wounded Amfortas. Overcoming dullness and doubt through the new mysteries.

Appendices:
The Etheric and the Astral Bodies
Charles Darwin
Ahriman and Lucifer

The New Mysteries
And the Wisdom of Christ