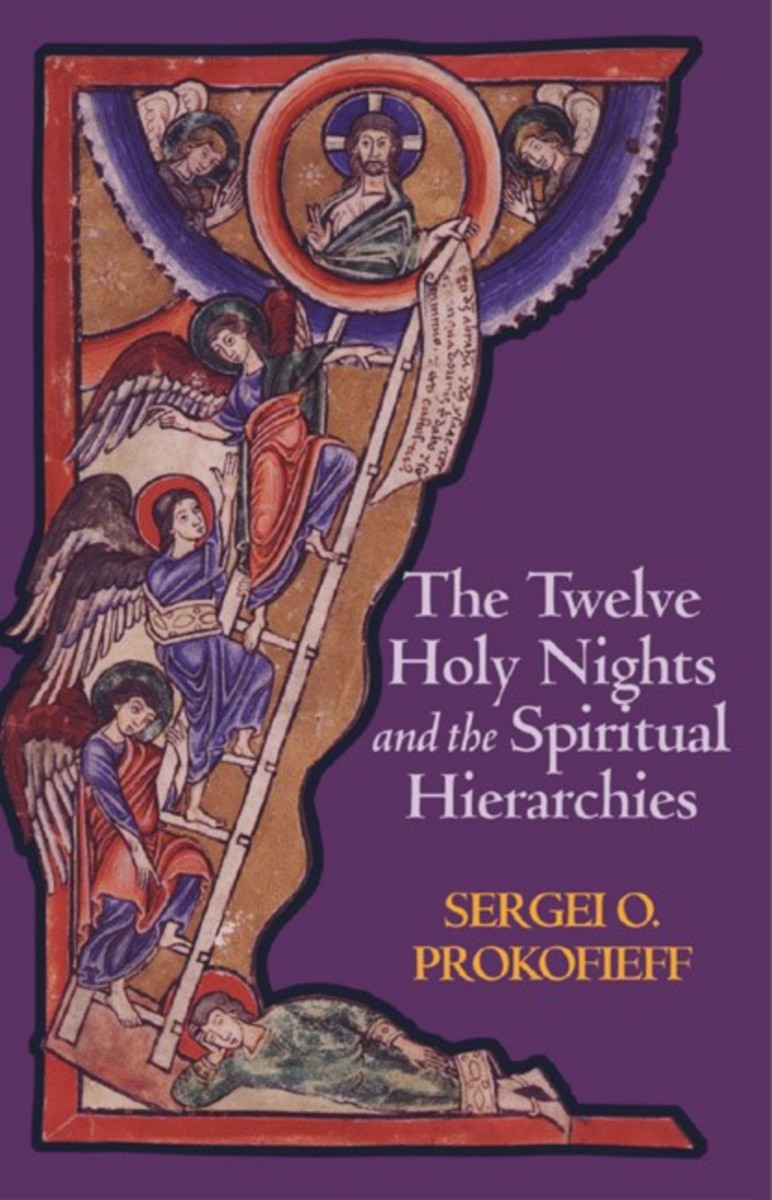 The Twelve Holy Nights and the Spiritual Hierarchies

Prokofieff draws on the whole extent of Rudolf Steiner’s work and combines it with his own original spiritual research to form an intricate picture of the cosmic forces at play between Christmas and Epiphany. We are led on a tour through the circle of the zodiac and spiritual hierarchies, and shown how they form a path from Jesus to Christ.

The author further explains that the Starry Script is a key to anthroposophical Christology, and shows how it relates to the conception of the original Goetheanum. Prokofieff guides us imaginatively through the interior of Steiner’s architectural masterpiece (which was destroyed by fire at the end of 1922). Its structure and decor are seen to constitute a coherent esoteric map. Our task now, he suggests, is to rebuild the first Goetheanum within ourselves and, through a new form of self-development, work toward a truly modern path of initiation.

Supplementary essays focus on the cosmic aspects of Sophia as well as the being of Michael. Prokofieff’s seminal study offers a rich source of inspiration for those wishing to penetrate the mysteries of the Twelve Holy Nights and their relation to spiritual beings.

PART ONE
1. The Circle of the Zodiac and the Spiritual Hierarchies
(A Path from Jesus to Christ through the Twelve Holy Nights)
2. The Starry Script as a Key to Anthroposophical Christology
3. The Starry Script and the Conception of the First Goetheanum

A Note on the Sequence of the Signs of the Zodiac

Holy Week
A Spiritual Guide, from Palm Sunday to Easter

The Holy Year
Meditative Contemplations of Seasons and Festivals