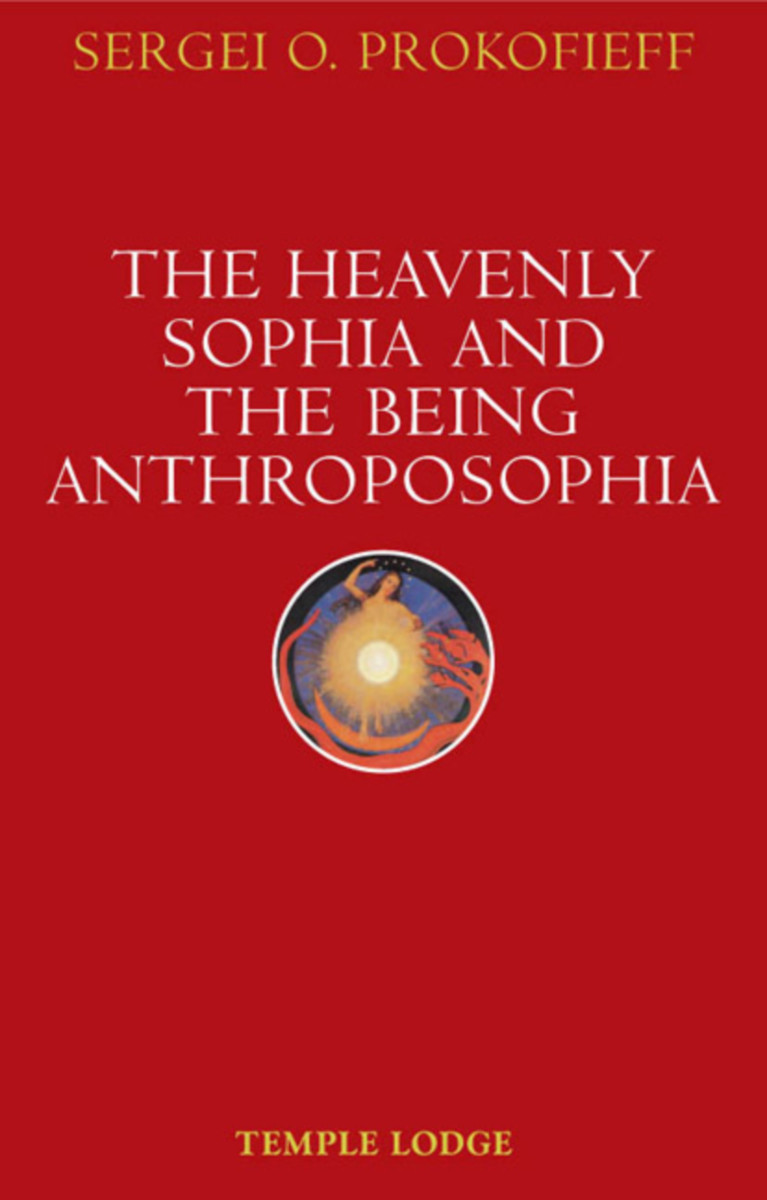 The Heavenly Sophia and the Being Anthroposophia

“If through living anthroposophical study we come ever more to experience the content of Anthroposophy with our hearts and minds, it will seem to us not only as though the meaning of ideas were filling our souls...but as though living cosmic beings were entering into them. Then Anthroposophy itself increasingly appears to us as a living being. And then we become aware that something is knocking at the portal of our hearts and saying, ‘Let me in, for I am you yourself; I am your true human nature.” — Rudolf Steiner, Nov. 18,1923

Based on the author’s experience of the suprasensory being behind spiritual science (Anthroposophy), this volume is the culmination of Sergei Prokofieff’s twenty-five years of work on Rudolf Steiner’s spiritual impulse. He shows that the being Anthroposophia is not merely a poetic image or an abstract concept, but an actual spiritual entity who works in the higher worlds to benefit earthly evolution and bring to humanity “the new revelation of the heavenly Sophia, the divine wisdom.”

In the first part of the book, Prokofieff describes the path that led him to experience the being Anthroposophia—a path that is clearly outlined so that it can be followed by the reader as well. In the second part, beginning with Steiner’s relatively few statements on the subject, the author considers the position of the living Anthroposophia in the cosmic hierarchy—specifically her relationship to Christ, to the heavenly Sophia, and the to Archangel Michael.

Finally available in paperback, this work will be of special interest to all those who have a close connection to Rudolf Steiner’s Anthroposophy.

“The small number of anthroposophists will be unable to go forward as a vanguard until Anthroposophy is received as a living being who moves invisibly among us and to whom people feel themselves responsible. And it is important that the small number of anthorposophists do indeed serve as a vanguard.... But then things must be taken with great seriousness, for in every moment of one’s life one must feel that one is united with the invisible essence of Anthroposophy.” — Rudolf Steiner, June 17, 1923

Part I: The Study of Spiritual Science as a Meeting with the Living Being Anthroposophia

Part III: Two Sophia Streams at the Turning Point of Time and their Continuation in Anthroposophy
1. Magi and Shepherds
2. The Inspirations of Michael in the Magi and the Shepherds
3. The Inspiration of Sophia in the Magi and the Shepherds
4. Concerning the Spiritual Rulership of the Ancient Jewish People
5. The Activity of the Sun Elohim and Yahveh in Human History
6. The Mission of the Magi and the Shepherds at the Turning Point in Time
7. The Death and Resurrection of the Sophia
8. The Resurrected Sophia and the Appearance of the Etheric Christ
9. The Mysteries of the Sophia, Michael, and Christian Rosenkreutz in the Light of the Fourth Part of the Foundation Stone Meditation
10. Concerning the Supersensible Participation of the Sophia in the Christmas Conference of 1923/24
11. The Christmas Conference as the Lifting of the Veil from Isis–Sophia
12. The Foundation Stone as a Revelation of Christ, Sophia, and Michael

Sophia
The Wisdom of God: An Outline of Sophiology