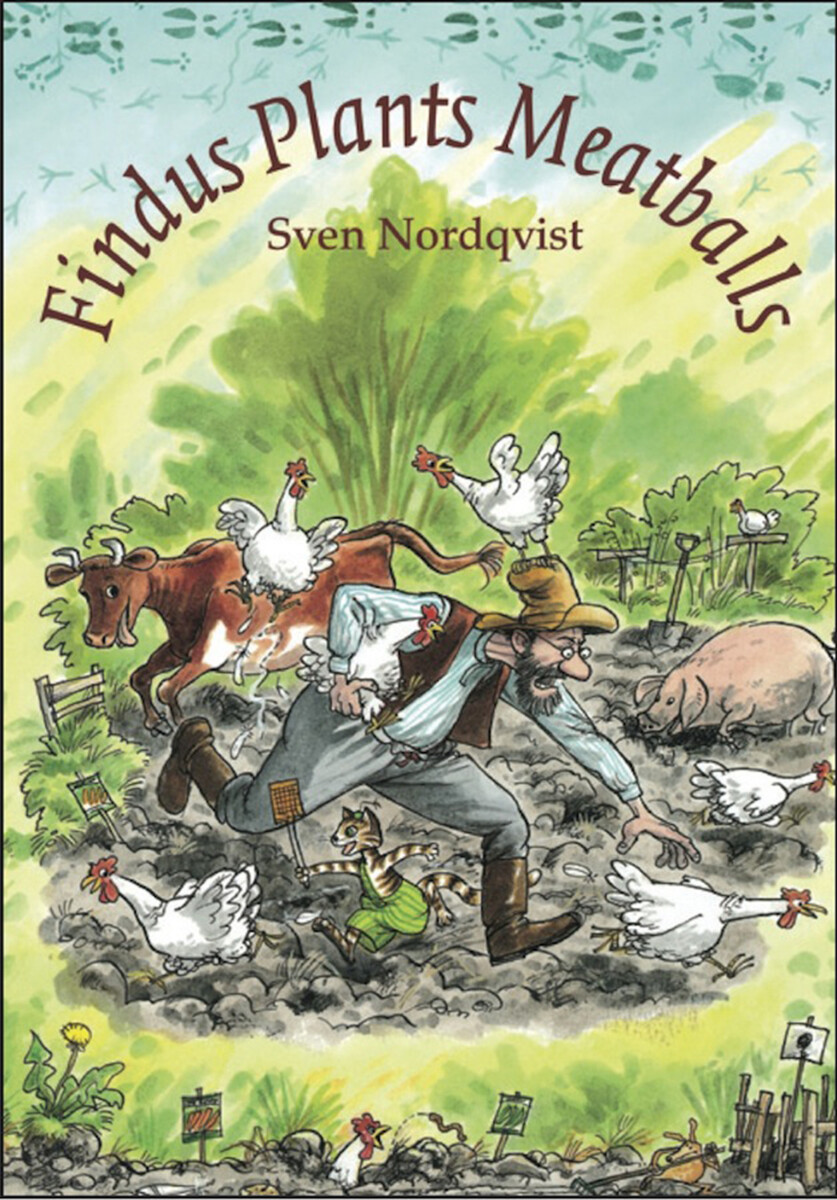 It was a beautiful spring morning. The birds were singing, the grass was growing and small creatures were busy everywhere, filling the air with the gentle buzzing, rustling song of life returning after winter...

Farmer Pettson begins to sow his vegetables and because Findus does't like vegetables he decides to plant one of his meatballs instead. However, keeping the vegetable garden safe from the farm animals proves a hard task for Findus and Pettson.

Findus and the Fox

Keeping up with Findus

When Findus Was Little and Disappeared
OR