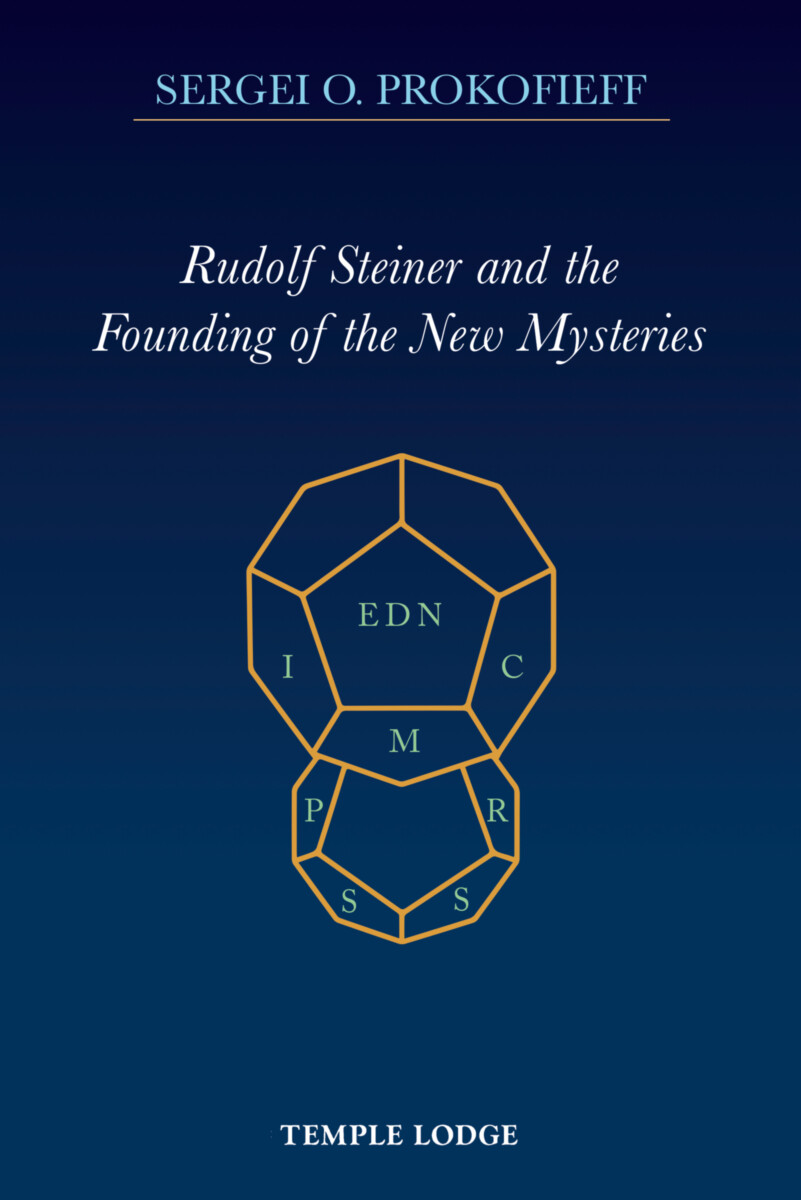 Rudolf Steiner and the Founding of the New Mysteries Edition 2

In this revised and expanded edition of his classic debut, Sergei O. Prokofieff investigates the deepest mysteries of Rudolf Steiner’s life and individuality, from “the years of apprenticeship” and “the great Sun period” to “the path of the Teacher of Humanity” and “the birth of the New Mysteries.” He discusses the earthly and suprasensory aspects of the first Goetheanum, the implications of the Christmas Conference of 1923–1924, and the Foundation Stone meditation that Steiner left as a legacy to members of the Anthroposophical Society.

In his very personal Introduction, in moving detail Prokofieff describes events in his life that led to his discovery of Anthroposophy while living in Communist Russia, and how he eventually came to write this extraordinary study of Rudolf Steiner. The resulting volume (secondary anthroposophic literature of unprecedented depth and significance) was first published in Germany in 1982, meeting with equal amounts of acclaim, astonishment, and controversy. It is published in this paperback edition to mark the thirty-fifth anniversary of the original publication.

THE MASTERY OF THE PATH OF RUDOLF STEINER’S LIFE

1. The Years of Apprenticeship
2. The Great Sun Period
3. The Path of the Teacher of Humanity

THE BIRTH OF THE NEW MYSTERIES

4. The Earthly and the Supersensible Goetheanum
5. The Christmas Conference of 1923–24
6. The Foundation Stone Meditation

ANTHROPOSOPHY: THE PROCLAMATION OF WORLD PENTECOST

7. The Michael Age and the New Grail Event