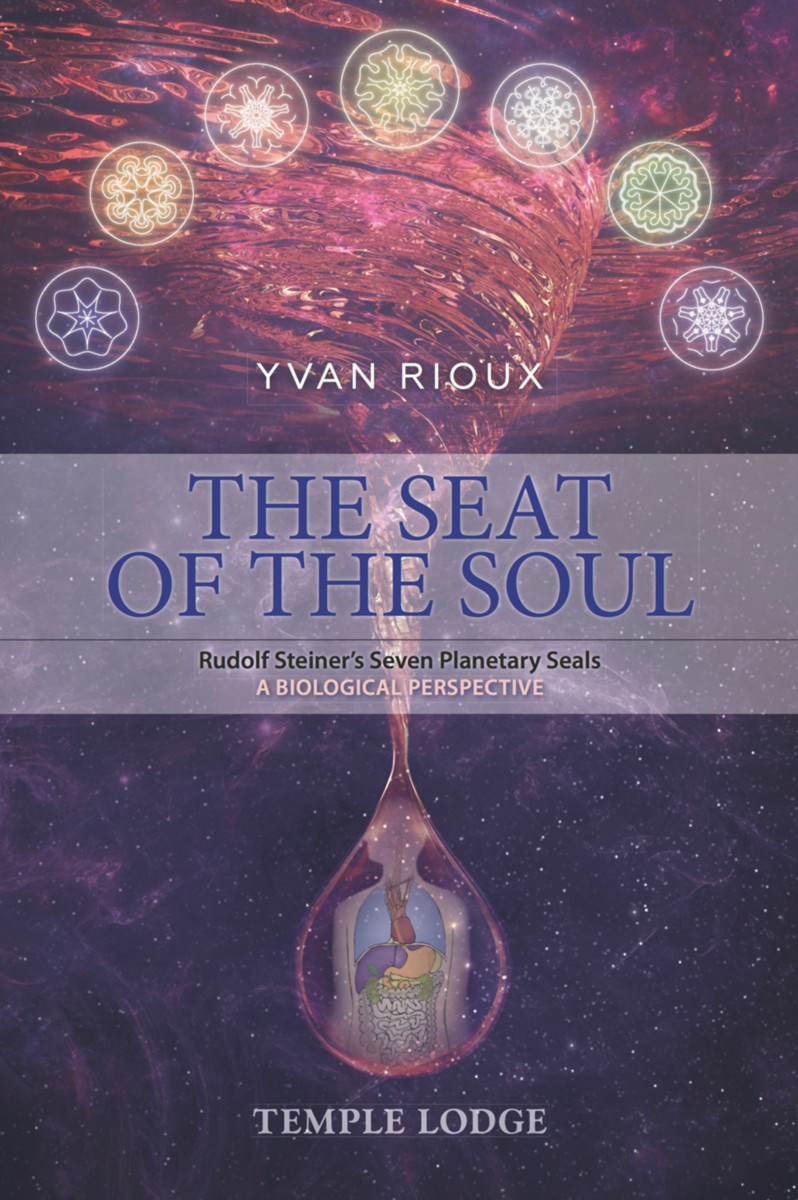 The Seat of the Soul

“There is one temple in the Universe and it is the body of Man.”...

“The seat of the soul is where the inner world and the outer world meet. Where they overlap, it is in every point of the overlap.” — Novalis

How are the internal and external forms of the human organism shaped? How does human consciousness emerge? These are questions to which conventional science has no answers. In The Seat of the Soul, Yvan Rioux invites us to consider new concepts that can explain these phenomena. His exposition is based on the existence of external “formative forces”—or morphic fields—which, he argues, create the human body or organism in conjunction with forces that resonate within us from the living solar system. The psyche—or soul—emerges progressively as an inner world of faculties that in time learns to apprehend and understand the outer world.

In his previous book The Mystery of Emerging Form, Rioux explored the formative forces of the twelve zodiacal constellations. In this absorbing sequel, he investigates how such activity from the planetary spheres works within us, as “life stages” or metabolic processes. Through seven chapters, he explores the impact of each of these planetary spheres on our complex organic makeup and psychic activity. The link between organs and tissues, he says, produces five specific “inner landscapes” in relation to the external rhythmic environment. Rioux also gives a description of Rudolf Steiner’s seven “planetary seals” from a biological perspective. According to Steiner, these seals are “occult scripts,” or hidden signatures that show their ongoing etheric impacts on the seven stages of our metabolism.”

There is a convergence of ideas—synthesized here—between Rudolf Steiner’s indications concerning human physiology and the ancient Chinese view on the subject that breaks through the boundaries of modern reductionist science, offering exciting perspectives for understanding the human being.

Conclusion: A Planetary Alignment Giving Birth to Our Physical and Psychic World

Yvan RIOUX was taught by Christian Brothers and Franciscans and a keen naturalist as a boy. He studied biology at Montreal University, but it left him cold, as it didn’t deal with anything living. Working for ten years as a biodynamic farmer in Québec, however, he encountered living ecosystems. Later, in Montreal, he taught on the relationship between human physiology and nature. In 1992 he moved to England with his two boys and joined a family of two girls and their mother, Gabriel Millar, who became his muse. Retiring ten years ago, he decided to write about his knowledge gained from twenty-five years of teaching experience, culminating in his previous publication, The Mystery of Emerging Form.

The Mystery of Emerging Form
Imma von Eckardstein’s Drawings of the Constellations: A Biological Perspective

The Spiritual Hierarchies and the Physical World
Zodiac, Planets & Cosmos (CW 110)
OR