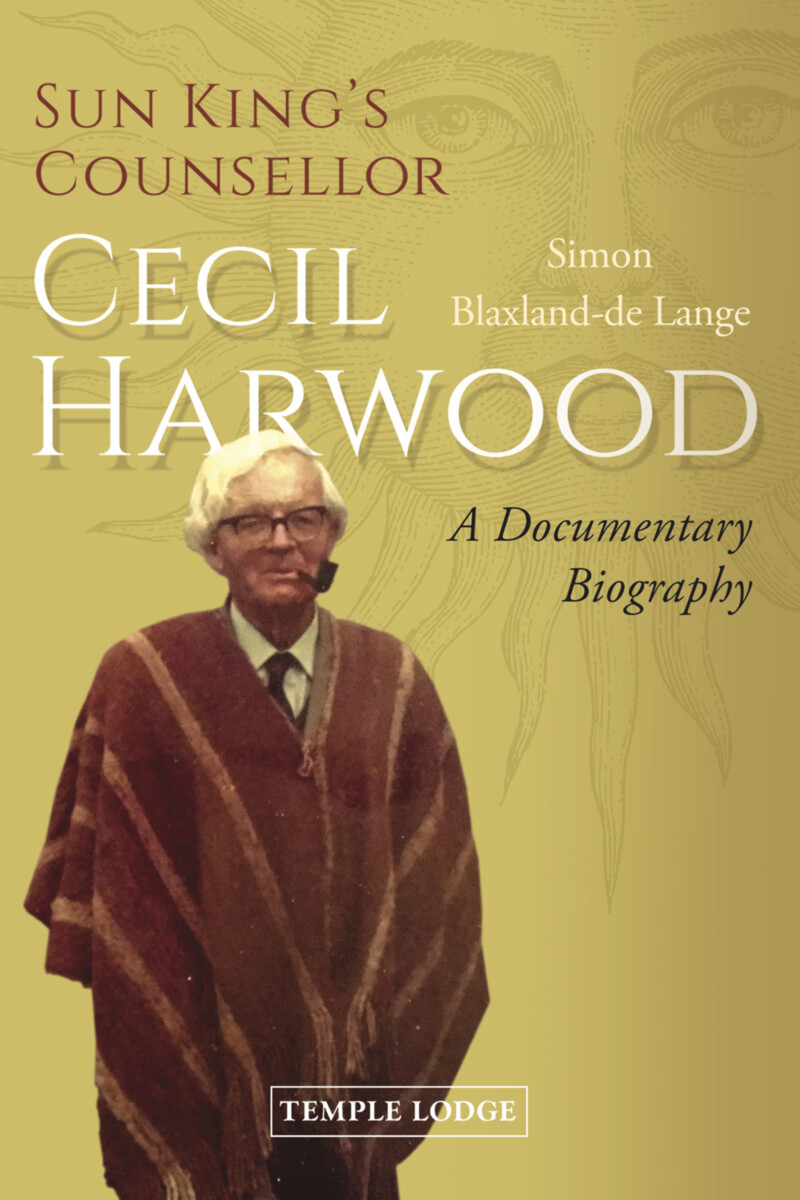 “[Cecil Harwood] is the sole Horatio known to me in this age of Hamlets.” —C.S. Lewis (from Surprised by Joy)

Cecil Harwood (1898–1975) was a lecturer, Waldorf teacher, writer, editor, and anthroposophist who pioneered and developed the first Rudolf Steiner (Waldorf) school in the United Kingdom: The New School in London, now Michael Hall School in Sussex. He was also a leader of the Anthroposophical Society in Great Britain for thirty-seven years.

In 1922, at the age of twenty-four, Alfred Cecil Harwood, with his lifelong friend Owen Barfield, attended an English folksong and dance festival in Cornwall. It was there (not in the academic citadel of Oxford University) that both men became part of the literary circle known as the Inklings, whereby Harwood and Barfield would encounter the work of Rudolf Steiner by meeting Daphne Olivier.

Sun King’s Counsellor, Cecil Harwood, provides an intricate picture of the human connections, cultural movements, and spiritual background that contributed to what was formed in Cornwall in 1922, leading to Harwood’s lifework. Featuring a section of color plates and a full index, this biography documents Harwood’s early years and antecedents, marriages to Daphne Olivier and Margaret Lundgren, friendships with Barfield and C. S. Lewis, his life-changing meeting with Anthroposophy and Rudolf Steiner, teaching and educational work, and A. C. Harwood’s critical role in healing divisions within the Anthroposophical Society.

Based on extensive research of primary sources, Simon Blaxland-de Lange’s biography reveals the multi-faceted, flexible and sacrificial nature of this unique personality. Cecil Harwood (he preferred “Cecil,” meaning “wise counselor,” in lieu of “Alfred”) began his career with the hope of becoming a writer. He had neither the intention nor the ambition to become a teacher or head of a national organization, yet he became both an exemplary teacher, a well-respected leader, and a celebrated author, editor, translator, and lecturer.

Simon Blaxland de Lange has for many years worked as an educator for people with special needs. He is also a prolific writer and translator and an amateur musician and gardener. Blaxland de Lange helped establish Pericles Translations and Research, Pericles Training and Work (for adults with special needs), and the Pericles Theatre Company. Together with Dr Vivian Law, he cofounded the Humanities Research Group in 1997 and the British group of the Humanities Section of the School of Spiritual Science in 1998. He met Owen Barfield in 1979, and has been a student of his work for the past thirty years.