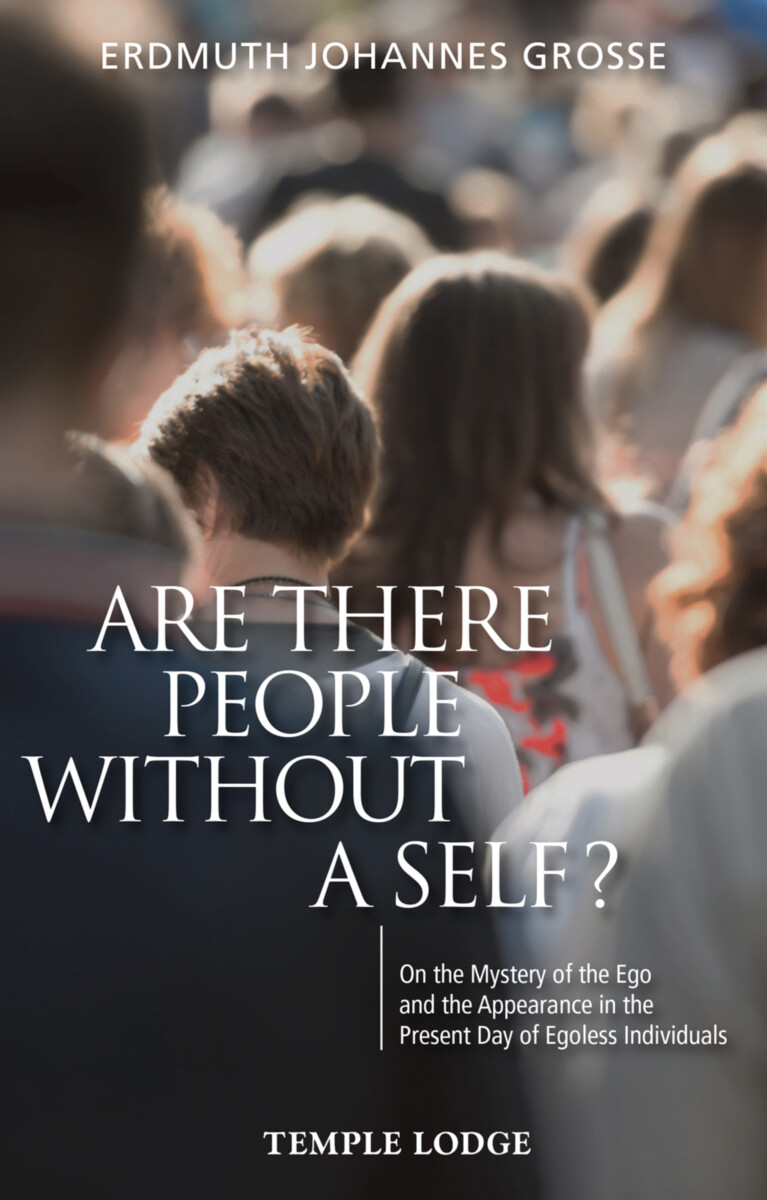 Are There People Without a Self?

“...in our times a kind of supernumerary person is appearing who is egoless, who in reality is not a human being. This is a terrible truth.” —Rudolf Steiner

Are there people on earth today who do not have a self—a human ego or “I”? The phenomenon of “egolessness”—absence of a human core—was discussed by the spiritual teacher Rudolf Steiner in lectures and personal conversations. An egoless individual, he intimated, is an empty sheath through which other spiritual entities could operate. Erdmuth J. Grosse gathers numerous little-known quotations from Rudolf Steiner’s spiritual research and supports them with a wealth of disquieting reports, testimonies, and examples from literature and politics. He places these insights in the broader context of the mystery of the human “I,” illumining the spiritual development of the individual and humanity as a whole.

In this thought-provoking study, Grosse also discusses the role of comets, the effects of cyanide on the human constitution—especially in the light of the Holocaust—and the hidden effects of ceremonial magic, occult lodges, cults, and sects. He concludes with positive solutions to our present human predicament by describing the healing impulses of social threefolding, invisible spiritual beings seeking to help humanity, the role of the gods, the Christ impulse, and the true goals of human evolution.

Translator’s Note
Foreword
Introduction: The Ego and Its Sheaths

Erdmuth Johannes Grosse (1928–2012), son of Rudolf and Lucia Grosse, was born in Basel. He studied eurythmy and education at the Goetheanum in Dornach, Switzerland. After working as a eurythmist for a number of years on the Goetheanum stage, he taught eurythmy in Waldorf schools in Germany and Denmark, and later worked as a class teacher and an upper school history, art history, and eurythmy teacher in the Rudolf Steiner School in Basel. He then studied industrial psychology at the Institute for Applied Psychology in Zurich, where he was later employed. He was involved in various training programs for leaders in industry and commerce, as well as in state institutions. Grosse later worked as a freelance management consultant and lecturer in anthroposophy in Switzerland, Germany, and Denmark.

In Place of the Self
How Drugs Work

Self-consciousness
The Spiritual Human Being (CW 79)