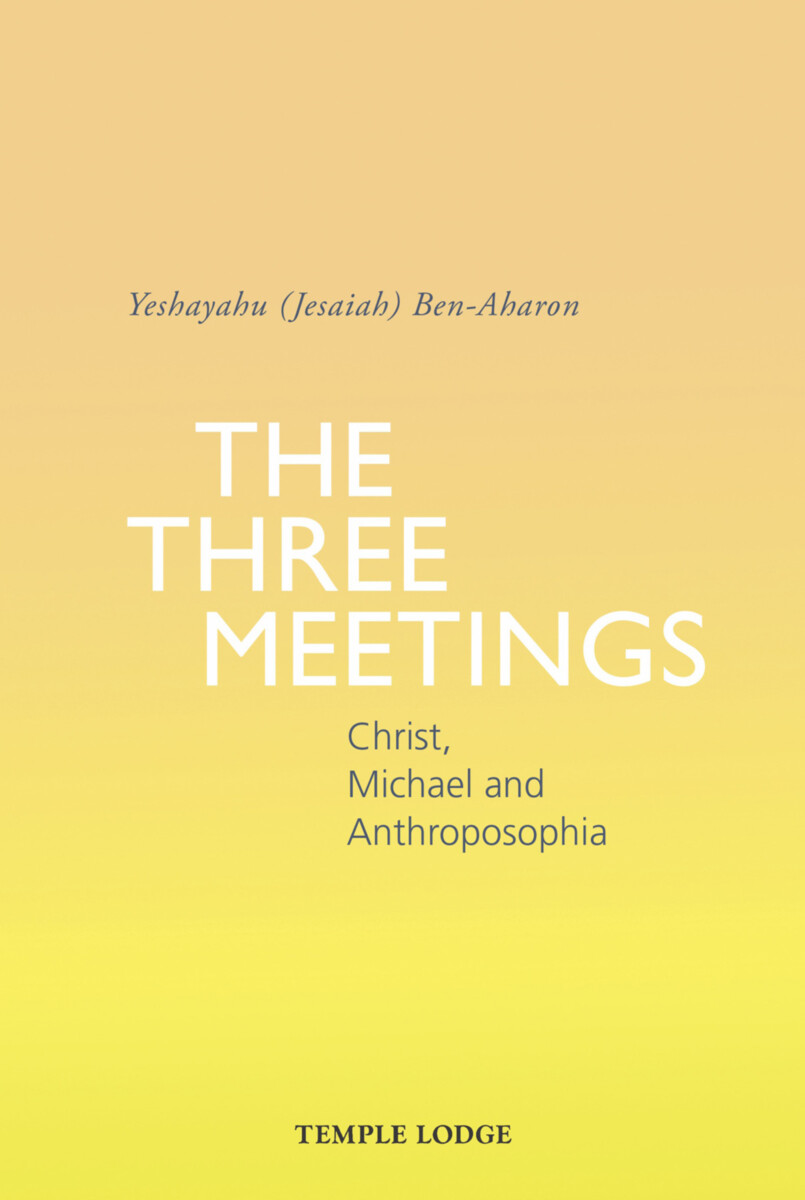 “How can our souls unite with the etheric Christ, experienced in the etheric world since the end of the last century? What steps should we take, in the second century of the age of Michael, to unite with Him?”

At the center of human evolution stands the Mystery of Golgotha, through which the Christ impulse entered the earth. Anthroposophy, said Rudolf Steiner, was given at the beginning of the last century to prepare for the second major Christ event—the etheric Second Coming—beginning in 1933. This event is the portal that leads to the mighty and transformative current events in the etheric world, enabling us to meet the etheric Christ, Michael, and Anthroposophia.

At the heart of this book is an existential question. Early in his anthroposophic work, Ben-Aharon realized that meeting the etheric Christ without the light of spiritual science remains only a personal experience. Likewise, Anthroposophy is merely a body of erudition frozen in time if no new life forces flow from the etheric Christ. But they are interdependent. How can such a mutually enlivening bridge to be built?

Speaking candidly of his personal spiritual path and inner struggles of consciousness, Ben-Aharon tackles this fundamental dilemma as a prelude to the forthcoming, second edition of his book The New Experience of the Supersensible.

Dr. Yeshayahu (Jesaiah) Ben-Aharon, spiritual scientist, philosopher and social activist, is founder of the anthroposophic community in Harduf, Israel, cofounder of the Global Network for Social Threefolding, director of Global Event College, and contributor to the School of Spiritual Science. He is the author of Cognitive Yoga, Spiritual Science in the 21st Century, The Spiritual Event of the Twentieth Century, The New Experience of the Supersensible, America’s Global Responsibility, and The Event in Science, History, Philosophy, and Art

The Christ Mystery
Reflections on the Second Coming

How Can Mankind Find the Christ Again?
The Threefold Shadow-Existence of Our Time and the New Light of Christ (CW 187)