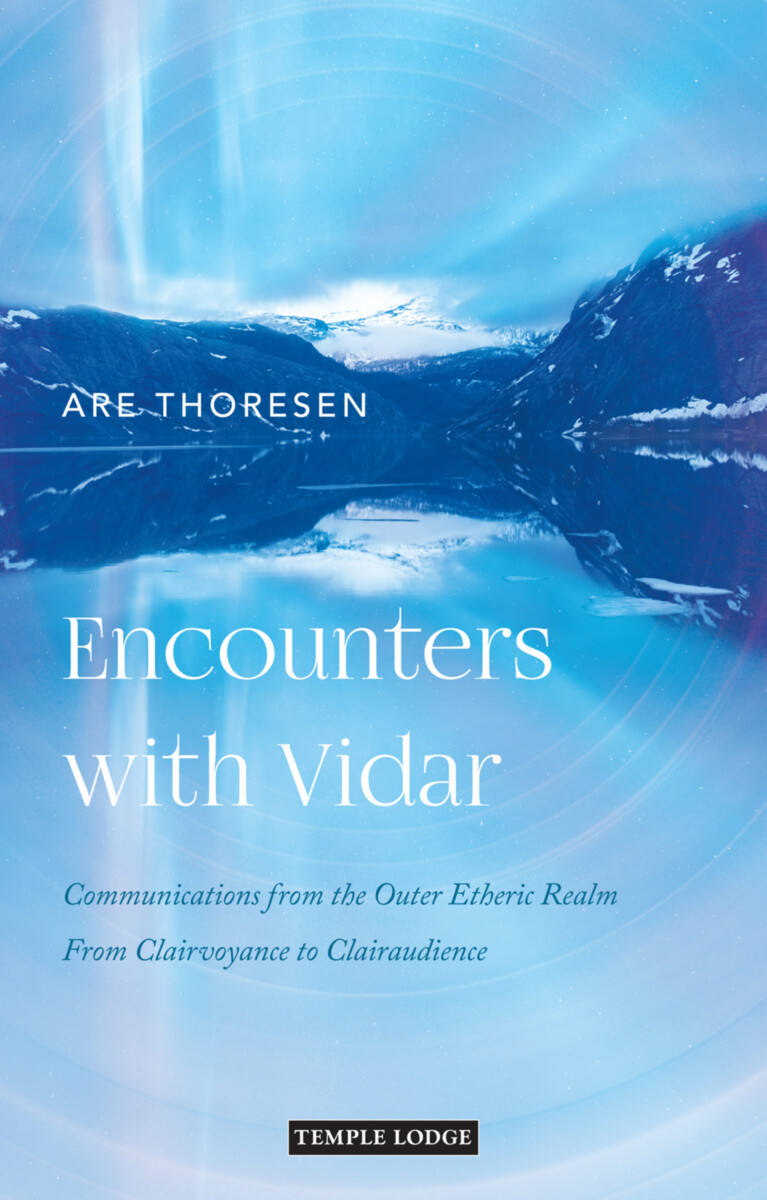 Communications from the Outer Etheric Realm: From Clairvoyance to Clairaudience

At the threshold that divides the elemental and etheric worlds, Are Thoresen encounters two spiritual entities—Vidar (Víðarr) and Baldur (Baldr), “guardians of the threshold”—whose task is to protect the spiritual border from uninitiated intruders.

Building on previous reports, Encounters with Vidar oﬀers startling new esoteric teachings, gleaned through processes of spiritual knowledge from these two enigmatic gods. Vidar and Baldur emphasize the importance of clairaudience in contrast to clairvoyance, the latter being especially open to attack from adversary beings. By working with this process of communications, the author begins to experience a transformation of his head chakras, leading to an awakening of “spiritual ears.” He learns that, whereas clairvoyance is like reading the holy script, clairaudience is akin to hearing the holy script.

Among the wealth of fresh insights revealed here are the “fourth aspect of the soul” (or “time-karma-Christ”); the task of eurythmy today; the whereabouts of the content of the School of Spiritual Science; and the work of “Vulcan beings” and other planetary entities. Thoresen oﬀers reﬂections on his travels to western England (with its connections to Troy) and southern Spain (with its legacy of Moorish occupation). His intention is not to create new dogmas or beliefs, but to testify to the living reality of metaphysical dimensions of reality—and humanity’s latent ability to access them.

Demons and Healing
The Reality of the Demonic Threat and the Doppelgänger in the Light of Anthroposophy: Demonology, Christology and Medicine

More Messages from the Angels
Preparing to Receive, Verifying and Confirming the Truth

Travels on the Northern Path of Initiation
Vidar and Baldur, the Three Elemental Realms and the Inner and Outer Etheric Worlds
OR