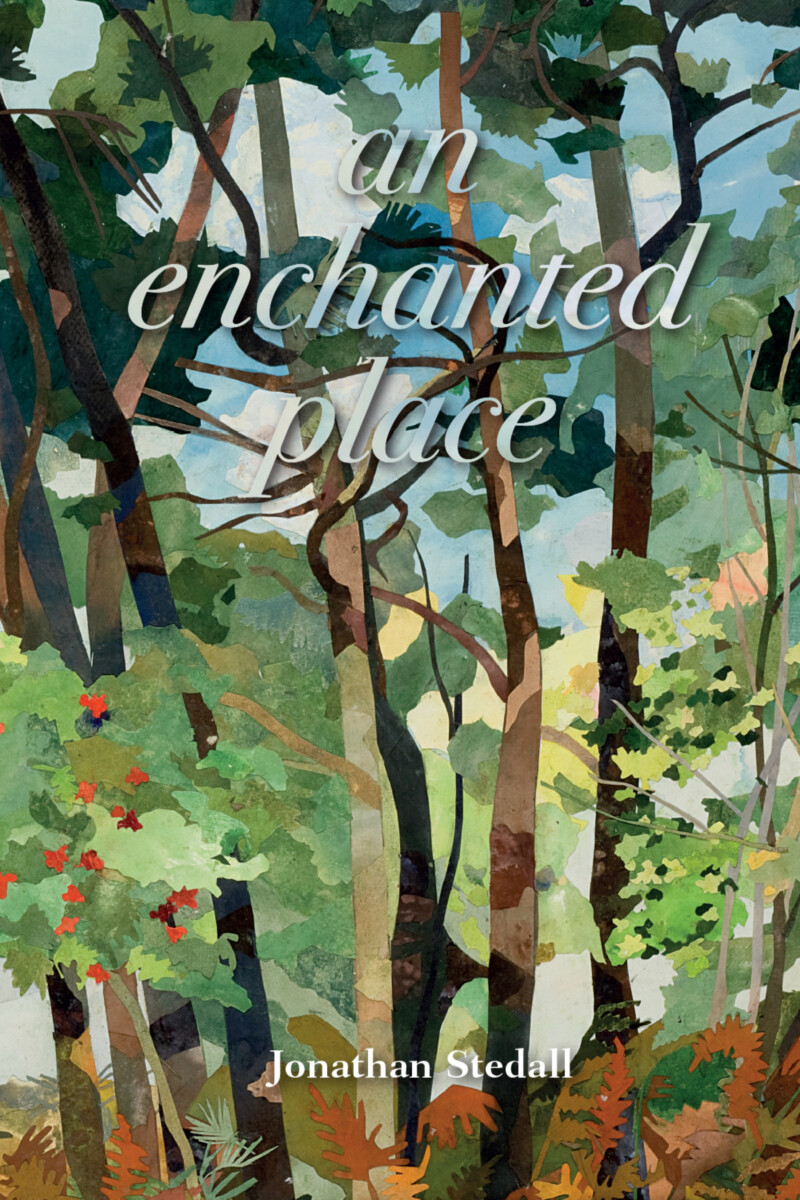 Winnie the Pooh as you’ve never imagined him—reincarnated as a human being, Bertie; still writing poetry, still fond of honey.

Piglet has become Peggy, Bertie’s timid neighbor, who sees danger around every corner. Initially intimidated by a newcomer to the village—a flamboyant actor known as Bouncer—might she eventually find him to be someone in whom she can confide?

Bouncer lodges with Sheila, a single mom from Australia with an obsessive devotion to her small son Joey, and with a tendency to call a wallaby a “bloody wallaby.”

None of them, however, are remotely aware of their “past lives,” not even the learned professor who lives alone at The Cedars and chairs the local History Society.

All of them live in the village of Hartfield (A.A. Milne’s former hometown) on the edge of the Ashdown Forest. Bunny lives there, too—no longer a rabbit, but the formidable and optimistic organizer of an action group to fight a proposed bypass across their beloved forest. Only the retired Major, a gloomy recluse who lives alone in a rundown cottage on the edge of the village, believes their protests are doomed to failure.

As the saga unfolds, these members of Bunny’s action group begin to learn a lot more, not only about conservation, politics, and ecology, but also about one another. Each of them also begins, in their own way, to make a connection to Bertie’s interest in what he calls “a bigger picture.”

Meanwhile could a very small inhabitant of the forest itself become a surprising ally?

Underpinning this “not in our backyard” story is the question of “progress” versus the need for a human scale and a gentler pace to life while protecting a unique, beloved, and ancient woodland. The book touches lightly on themes of life, death, nature, the human spirit, and meaning.

As a BAFTA-winning filmmaker, Jonathan Stedall writes from deep awareness of our interconnectedness with nature and the world.

“Enchanting is the word. I love your characters and the delicate and comic way you’ve played into the Milne stories, and the beautiful ponderings on life. It’s a triumph and I’m sure it will fly.” —ISABELLA TREE, author of Wilding: The Return of Nature to a British Farm

“Jonathan Stedall has directed some of our most enjoyable documentaries, and now has turned his hand to something as lively, original and thoughtful.” —CRAIG BROWN, critic and satirist

“Jonathan’s gentle and subtle voice weaves a fable through the vehicle of A.A. Milne’s characters, transposed into the prosaic quandaries of contemporary life. With a simplicity and clarity of style, it can be read as an allegory on the bonds of friendship, morality and decency, and the vicissitudes of standing up to forces that ignore justice and humanity.” —SAIED DAI, artist

“Jonathan Stedall’s homage to his childhood hero Winnie the Pooh is a honeypot of wisdom and gentle humor.” —JEREMY NAYDLER, philosopher, cultural historian and gardener

“This lively short story, based on A.A. Milne’s ‘Winnie the Pooh’ characters, stayed with me long after reading it. The book is easily accessible and amusing. It also contains deeper philosophical considerations. These relate to community life, ecological issues and gentle reflections about the meaning of life and death. The story also shows how very different people can unite together in a common cause, and the unexpected beneficial changes that can help reshape their lives. I would value seeing this wise little book in print, and can imagine sharing it with friends and family, and encouraging some thought-provoking discussions!” — DIANA RUSSELL-CAREY, psychotherapist

“Jonathan Stedall revisits A.A. Milne’s Ashdown Forest, now under threat, as seen through the eyes of a familiar cast of characters, with all their strengths and foibles. Their attempts to save the forest, and in doing so reinforce their own bonds, results in a nostalgic and tender tale.” —CHARLOTTE SORAPURE, artist

“Jonathan’s book opens as a gentle eulogy to A.A. Milne. But as we are drawn into his village and its inhabitants, we find ourselves in a place of enchantment, yet also in a contemporary world. The modern threat of a bypass is the backdrop for finely observed actions, with players full of doubt, foibles, assertiveness and diffidence. As we come to know this place and its people, we realize that at issue here is far more than a plan for a road. These are characters tussling with the ultimate questions of life: Why are we here? “What is our role as human beings? Jonathan weaves a subtle, consistent and often humorous dialogue between the here and now and somewhere deeply beyond.” —PIP HEYWOOD, filmmaker

“An enchanting fable which led me to ask myself what is actually real.” —SIR MARK TULLY, broadcaster and author

1. In which Bunny organizes a meeting,
and Bertie starts work on a poem

2. In which Sheila gets in a flap,
and the Professor’s umbrella goes missing

3. In which Sheila takes in a lodger,
and the Major makes a joke

4. In which Bunny takes against Bouncer,
and a hunt for whorls is prepared

5. In which the Professor upsets Bertie,
and Peggy comes up with some facts and figures

6. In which Bertie and Bouncer discuss bees,
and Bunny’s cunning plan backfires

7. In which Peggy starts to feel braver,
and the Major plays soldiers with Joey

8. In which the Professor shares his bad news,
and nobody finds a whorl

9. In which Sheila and Bouncer have a good gossip,
while Bertie and Bunny discuss the meaning of life

10. In which the Professor’s routine is interrupted
and Peggy unburdens herself to Bouncer

11. In which Sheila’s advice is rejected,
and Bunny sheds a tear

12. In which Bunny and Bouncer plan an entertainment,
and Bertie reflects on autumn, sleep, and death

13. In which Peggy has a worrying dream,
and the Professor helps the Major to use the Internet

14. In which Peggy makes a discovery,
and Bunny has a problem with her doves

15. In which Bertie gets a shoe full of water,
and Bunny decides to slow down

16. In which Joey has a birthday party,
and Sheila tries to comfort the Professor

17. In which the Professor’s imagination is tested,
and Peggy has a visitor

18. In which everyone prepares for Christmas,
and Bertie goes for a walk on his own

19. In which the Major almost enjoys himself,
and Peggy triumphs at poker

20. In which good news is eclipsed by bad,
and the battle continues

Bertie’s poem to mark the relaunch of the Action Group

Jonathan Stedall has made documentary films for over fifty years, mainly at the BBC. There he worked with John Betjeman, Laurens van der Post, Cecil Collins, Malcolm Muggeridge, Alan Bennet, Ron Eyre, Bernard Lovell, Theodore Roszak, E.F. Schumacher, Mark Tully and Ben Okri. He has also directed major biographies on Tolstoy, Gandhi, C.G. Jung, and Rudolf Steiner. His film about a Camphill school in Scotland for children with special needs won a British Film Academy Award in 1968, and later work was nominated by BAFTA and the Broadcasting Press Guild.

Coming Home
The Birth & Transformation of the Planetary Era

Ethics for a Full World
Or, Can Animal-lovers Save the World?