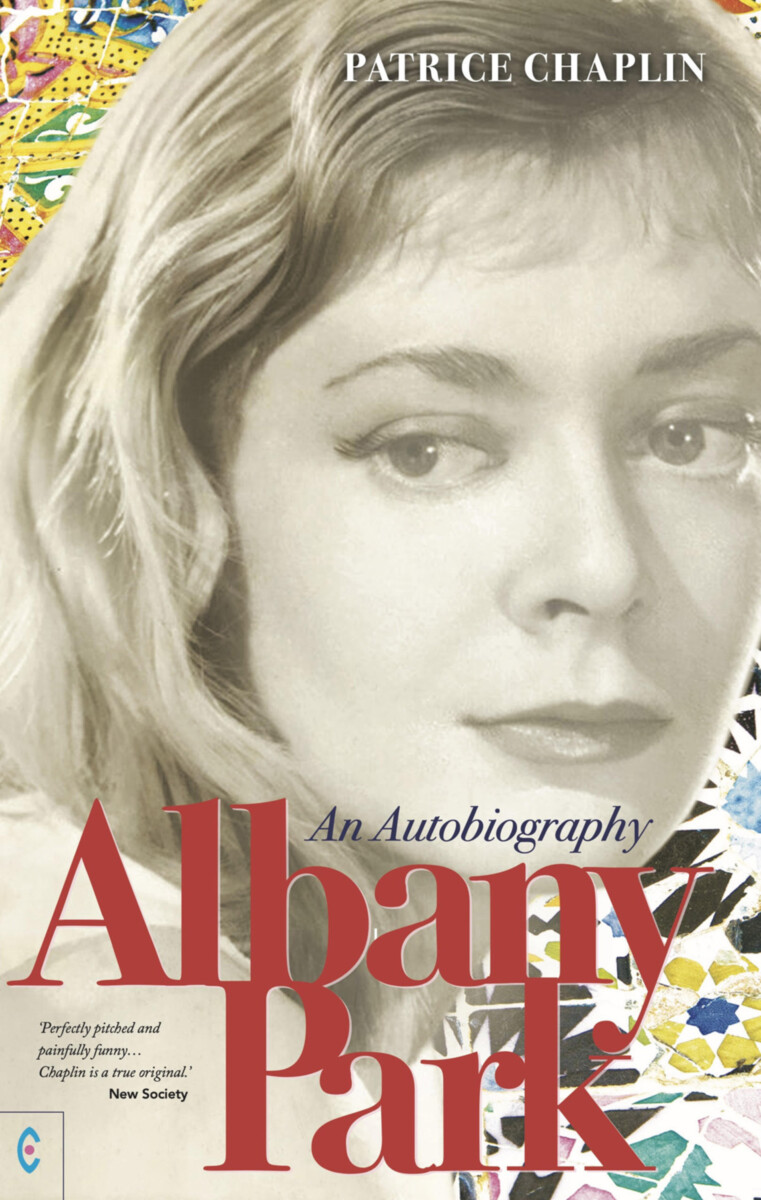 Sensual, vivid, and at times shocking, Albany Park is the story of Patrice Chaplin’s years as a youth—from a gray wartime childhood to exhilarating and dangerous adventures in Europe and a romantic infatuation in a sun-drenched city in Catalonia.

Patrice and Beryl—1950s teenagers—live in the London suburb Albany Park. Life is full of makeup, boys, trad jazz, and Soho nightclubs, and their dreams are of Hollywood.

Leaving dead-end jobs behind, they hitchhike across Spain, dressed in the alternative street fashions of the day—white lipstick, dangle earrings, drainpipe trousers. Their path leads to the ancient city of Girona and the charismatic poet José Tarres. For Patrice, it is a homecoming and a rebirth that will mark the end of a friendship and the beginning of a lifelong obsession.

Patrice is enchanted by José, but there are shadows on those sunlit days—a possessive mother, mysterious absences, rumors of women, and whispers of espionage. With plans to elope seemingly aborted, she finds herself alone in Paris, working as a showgirl, arrested as a vagrant, and escaping unwanted sexual advances.

It is not until years later, after returning to Girona as a writer, that she finally learns the truth about the enigmatic José, the first true passion of her life.

“The best evocation of a country since Laurie Lee’s.” —Daily Mail

Patrice Chaplin is an internationally renowned playwright and author who has published more than two dozen books. Her most notable works include Albany Park, Siesta (which was made into a film starring Jodi Foster and Isabella Rossellini), Into the Darkness Laughing, Hidden Star, Night Fishingand Death Trap. Her stage play From the Balcony was commissioned by London’s National Theatre in conjunction with Radio 3. As a bohemian in Paris during the 1950s and ’60s, Patrice spent time with Jean-Paul Sartre and Simone de Beauvoir. Married to Charlie Chaplin’s son Michael and living and working in Hollywood, she was associated with Lauren Bacall, Miles Davis, Salvador Dali, Marlon Brando and Jean Cocteau, who gave her a starring role in one of his films.

Dancing in the Fire
A Novel

Eighteen Days till Home
A Novel

Lucifer by Moonlight
A Modern Fable

When the Storm Comes
& A Moment in the Blossom Kingdom
OR