John Scotus Eriugena (ca.800–ca.877) was born and educated in Ireland. He moved to France around 845 at the invitation of Carolingian King Charles the Bald. He probably never left France, it is unclear whether he was a cleric or a lay person; the general conditions of the time make it likely that he was a cleric and perhaps a monk. Eriugena was an Irish–Catholic Neoplatonist philosopher, theologian, and poet and wrote several works. He is best known today for his works De divisione naturae (The division of nature) and Periphyseon, which has been called the "final achievement" of ancient philosophy, a work that synthesizes the philosophical accomplishments of fifteen centuries. Eriugena's work is distinguished by the freedom of his speculation and the boldness with which he worked out his logical or dialectical system of the universe. 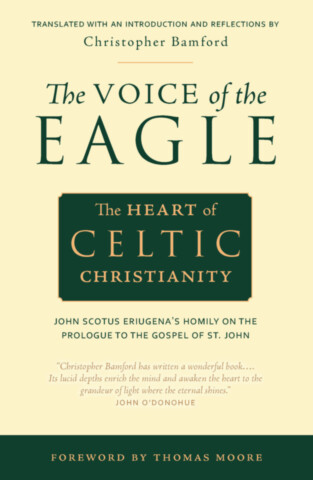 The Voice of the Eagle Edition 2

The Heart of Celtic Christianity: John Scotus Eriugena’s Homily on the Prologue to the Gospel of St. John