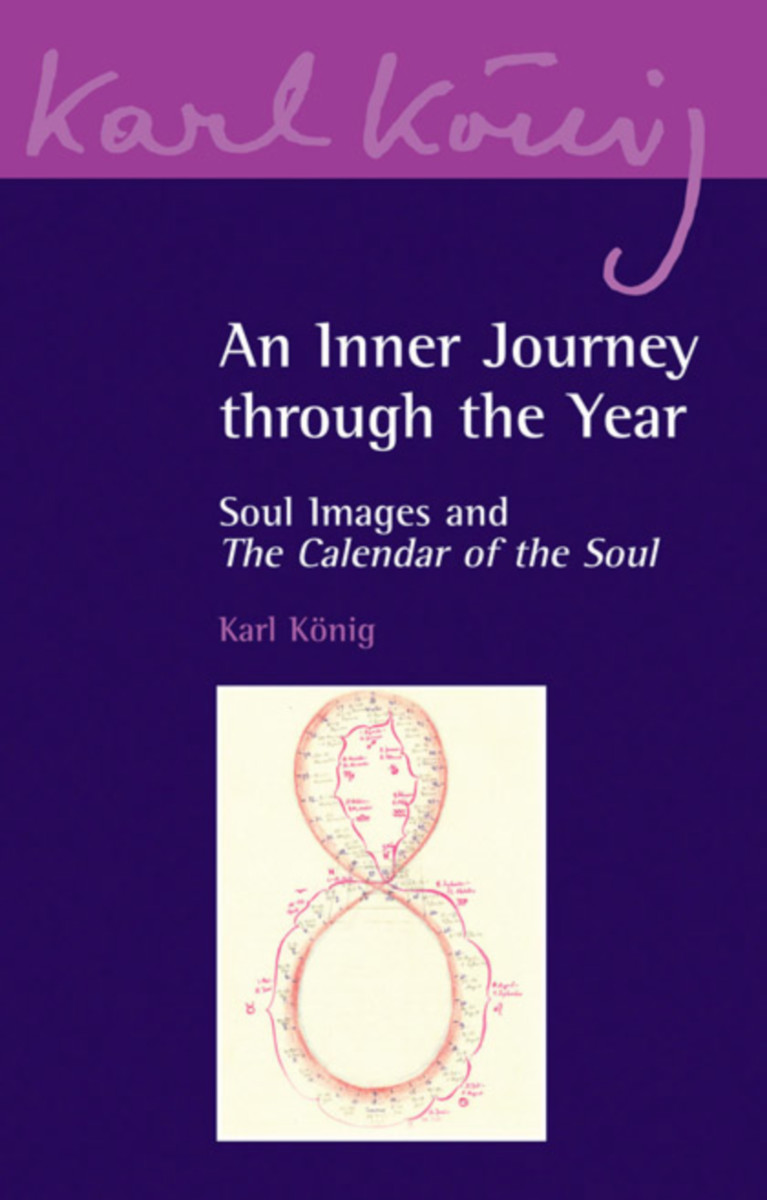 An Inner Journey through the Year

Soul Images and “The Calendar of the Soul”

Karl König meditated intensely on the 52 weekly verses of Rudolf Steiner's Calendar of the Soul. During his time of internment on the Isle of Man, he made these 52 naïve, artistic sketches to accompany each verse.

This book offers a wonderful way to experience an important spiritual tool for reflection and inner development.

Soul Images and Soul Calendar: An Introduction
by Richard Steel

Karl König’s Drawings for the 52 verses

The Calendar of the Soul
A Commentary

Calendar of the Soul
The Year Participated (CW 40)