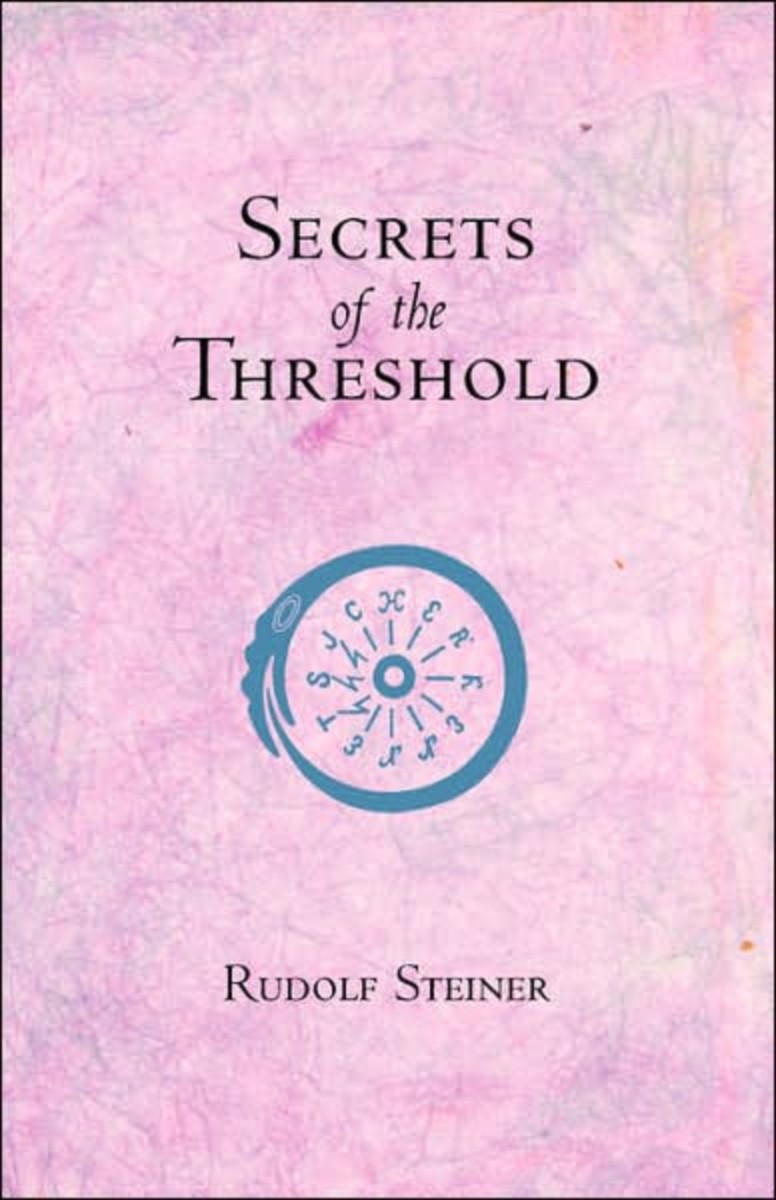 Secrets of the Threshold

Rudolf Steiner gave these lectures just after the first performance of his mystery drama The Souls' Awakening in Munich. He offers details of one's experience of spiritual development and crossing the threshold of the spiritual world. Steiner explains that humanity stands today at this threshold, and that the keys to crossing it include self-knowledge, self-control, and a clear recognition of the activities of Lucifer and Ahriman. These lectures contain some of Steiner's most profound insights into the path to higher knowledge. He gave the lectures twice each day, mornings and evenings, in the “Princes' Hall” of the Café Luitpold in Munich. Performances of The Guardian of the Threshold: Soul Events in Dramatic Scenes and The Souls' Awakening: Soul and Spirit Events in Dramatic Scenes at the Volkstheaters, also given twice. The drama receiving its first performance was named in the program announcements as “The Awakening of Maria and Thomasius (or The Other Side of the Threshold).”A fifth mystery drama had been planned for summer 1914, and a lecture course titled “Occult Hearing and Occult Reading” would have been given August 18 to 27, but the beginning of World War I prevented further festivals in Munich.Secrets of the Threshold is a translation from German of Die Geheimnisse der Schwelle (GA 147).

Rudolf Steiner's Third and Fourth Mystery Dramas
The Guardian of the Threshold, The Souls Awaken (CW 14)