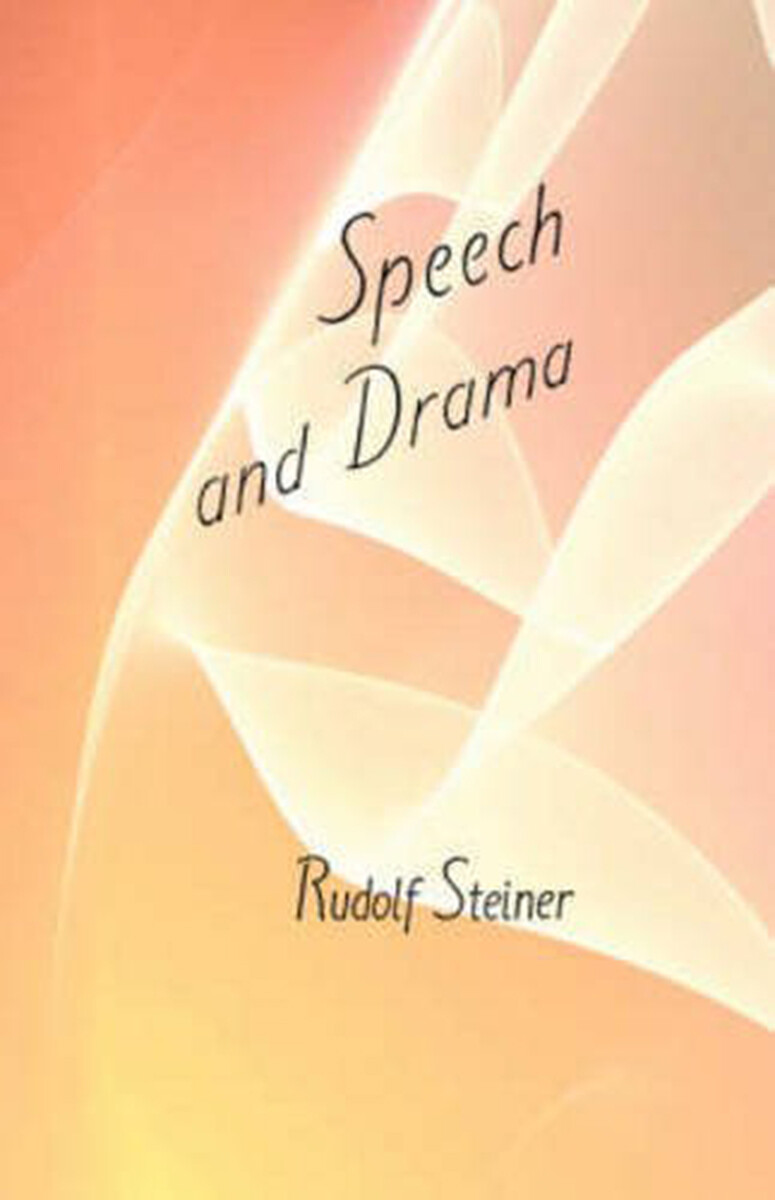 In this course, designed for students and professionals in the stage arts, Rudolf Steiner begins with a fundamental and spiritually-rooted appreciation of human speech and what actually takes place during human communication. Speech is a spiritual activity as well as an art form, lending itself to real interaction with both higher spiritual worlds and the human world of social conversation.

Steiner shows that speech is a powerful tool for any serious dramatist in conveying the reality of worlds, whether visible or invisible, to the individual souls in the audience.

This is an essential book for anyone involved in speech work, communication arts, and many kinds of therapies.

This volume is a translation from German of Sprachgestaltung und Dramatische Kunst (GA 282).

PART ONE: THE FORMING OF SPEECH
1. The Forming of Speech Is an Art
2. The Six Revelations of Speech
3. Speech as Formed Gesture
4. How to Attain Style in Speech and Drama
5. The Secret of the Art of the Master ...
6. Sensitive Perception for Sound and Word ...
7. Some Practical Illustrations of the Forming of Speech

PART TWO: THE MOLDING AND SCULPTING OF SPEECH
8. The Molding and sculpting of Speech
9. Style in gesture
10. The Mystery Character of Dramatic Art
11. The Relation of Gesture and Mime to the Forming of Speech
12. The Artistic Quality in Drama
13. Study of the Text from Two Aspects
14. Stage Décor: Its Stylization in Color and Light

PART THREE: THE STAGE AND THE REST OF MANKIND
15. The Esoteric Aspect of the Actor’s Vocation
16. The Work of the Stage from Its More Inward Aspect
17. Further Study of the Sounds of Speech
18. The Speech Sounds as a Revelation of the Form of Man
19. The Formative Activity of the World

Creative Speech
The Formative Process of the Spoken Word (CW 280)