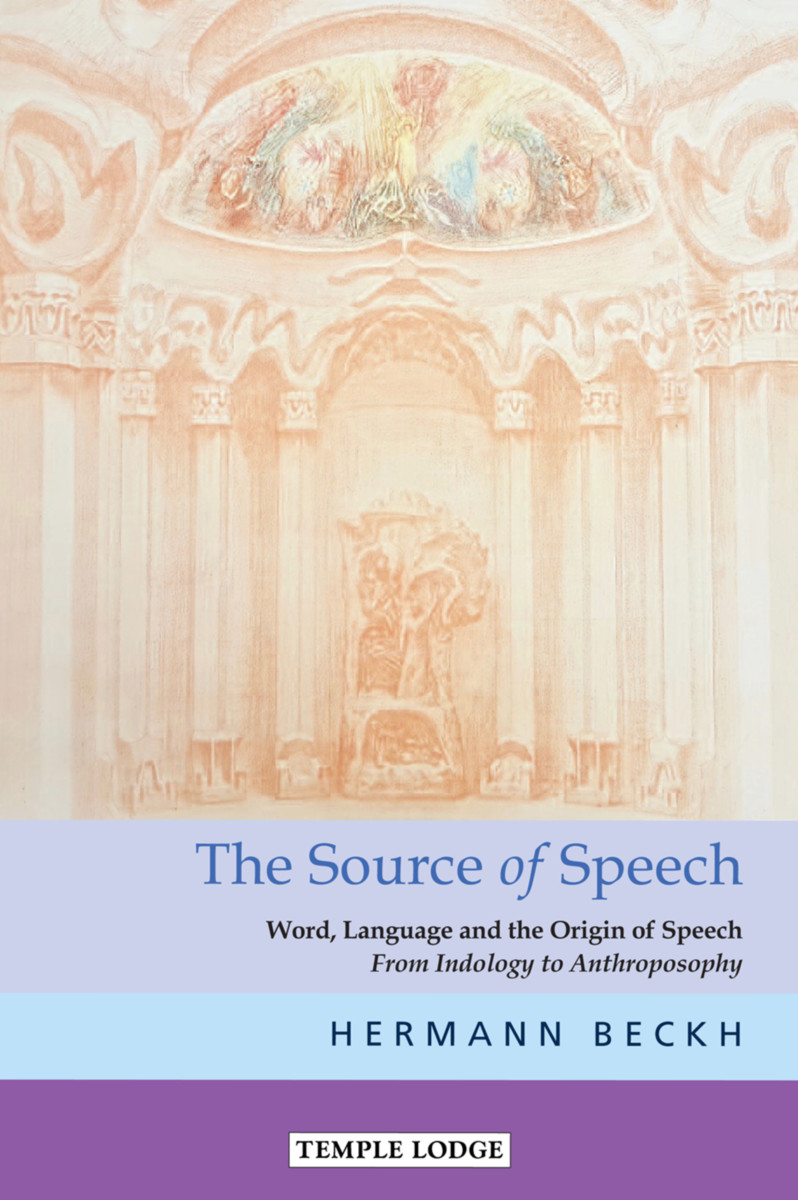 The Source of Speech

Word, Language, and the Origin of Speech: From Indology to Anthroposophy

Hermann Beckh’s lectures on language—published here in English for the first time—offer a unique and penetrating discussion of the origins and evolution of speech. Based on his professional knowledge of Tibetan, Sanskrit, and Pali—as well as complete fluency in at least six other ancient languages and nine modern languages—and accompanied by a heartfelt understanding of Anthroposophy, these lectures comprise an unparalleled marriage of academic and meditative insights. Moreover, they offer a valuable introduction to the author’s later works on music, the stars, and the gospels of Mark and John.

The Source of Speech features Beckh’s complete series of articles on the subject that were developed during the early, “seeding” period of his life and work. These include “Rudolf Steiner and the East,” an unprecedented study of Steiner’s relationship to Sanskrit and Buddhist spirituality; “Let There be Light,” Beckh’s exploration of the six Hebrew words forming Genesis 1:3; articles devoted to the origins of language, Indian philosophies, and the names of the Divine in sacred texts; and essays published in Das Goetheanum that examine speech sounds, especially those of Sanskrit and classical Hebrew.

Also included are contemporaneous reviews of Beckh’s articles by Albert Steffen and Eugen Kolisko and a lecture at the University of Berlin on academia, materialism, and undisciplined enthusiasm for Indian spirituality.

After nearly a hundred years, Beckh’s perspectives and themes remain as exciting, relevant, and fresh as ever.

“An abundance of books [by Beckh] came into existence whose significance perhaps will only be properly appreciated in the future.”

Series 3:
The Names of the Divine in the Primal Word of Sacred Languages
(Six numbered parts published in seven sections)

New Ways to the Origin of Speech

Three Lectures (1921):
1. Etymology and the Meaning of Speech-sounds in the Light of Spiritual Science
2. The Physical and the Spiritual Origin of Speech
3. “Let there be Light”: The Biblical Primal Words of Creation

Hermann Beckh (1875–1937) studied Law and later Sanskrit, becoming Professor of Oriental Studies at the University of Berlin. A master of ancient and modern languages, he wrote extensively on religious and philosophical subjects, including Buddhism, Indology, Christianity, alchemy, and music. In 1911, he heard a lecture by Rudolf Steiner and was inspired to join the Anthroposophical Society, where he became a valued coworker. In 1922, he helped found The Christian Community, a movement for religious renewal. His many books are gradually being translated from the original German and published in English.