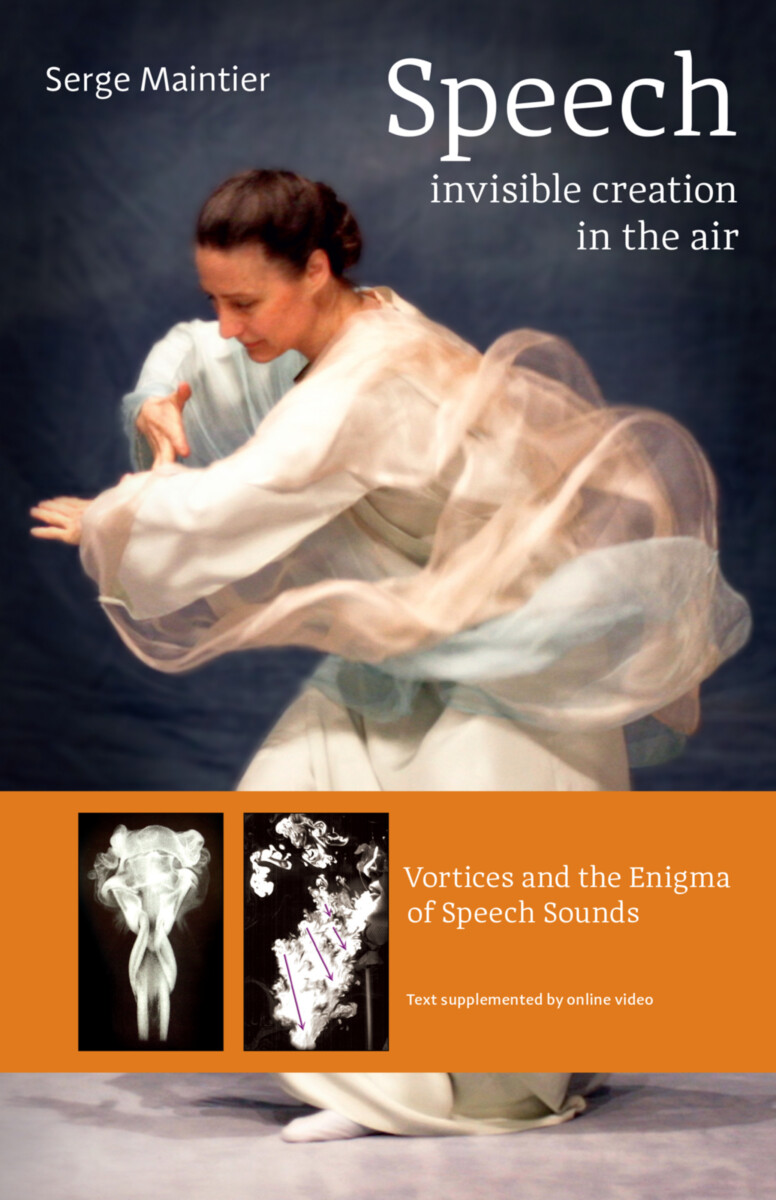 Speech - Invisible Creation in the Air

Vortices and the Enigma of Speech Sounds

How the sounds of spoken language arise is ultimately still a mystery to researchers. Acoustic phonetics has analyzed sound phenomena, whereas articulatory phonetics determines the physiological formation of spoken language. Little is known about the air, however, the central element of speech both within and immediately outside the body as it relates to audible sounds.

In 1924, Rudolf Steiner expressed the wish that an experimental method would be found by which sounds from the speaker’s mouth could be rendered visible and thereby confirm the primal phenomenon embodied in the art of eurythmy as “visible speech.”

Following Steiner’s suggestions, Johanna Zinke first succeeded in capturing these air sound forms on photographic plates in 1962. She showed that each spoken sound generates a reproducible figure for a split second in midair.

Maintier expanded on this work with the help of acoustic and laser-video phonetic analysis, showing that the segmentation of speech signals correlates with the speech air-flow figures. His results further reveal a surprising connection with modern flow and chaos research. Maintier therefore concludes that speaking goes far beyond production of acoustic waves; it arises through precise modulations of breath. It is an “art of movement.”

Part II: Original Research: The Experiments
1. Expanding the Research Paradigm
2. Elements in the Development of the Aerodynamic Form of a Syllable
3. Explanations of the Video and Audio Recordings on the Video

Part III: The Vortex Enigma: Speech Science in Transition, from Phonetics to Fluid Dynamics
1. The Vocal Folds and Their Vibrations
2. Vortex Generation and Sound: A Field for Future Research
3. Macro-chaos and Micro-chaos
4. The Vortex Enigma

Serge Maintier, born in France in 1955, trained in speech formation and stage arts under actress Dora Gutbrod and worked as a Waldorf teacher and teacher trainer in Germany for several years. He recently completed a doctoral dissertation on aerodynamics and morphodynamics of speech sounds in the breathing process. He lectures on speech formation and offers workshops on artistic and therapeutic aspects of speech at the Kolisko Academy for Anthroposophical Medicine in Stuttgart and across Europe. Since 1985 he has participated at numerous poetry recitations and is a regular speaker at eurythmy performances.

The Background to Anthroposophical Therapeutic Speech