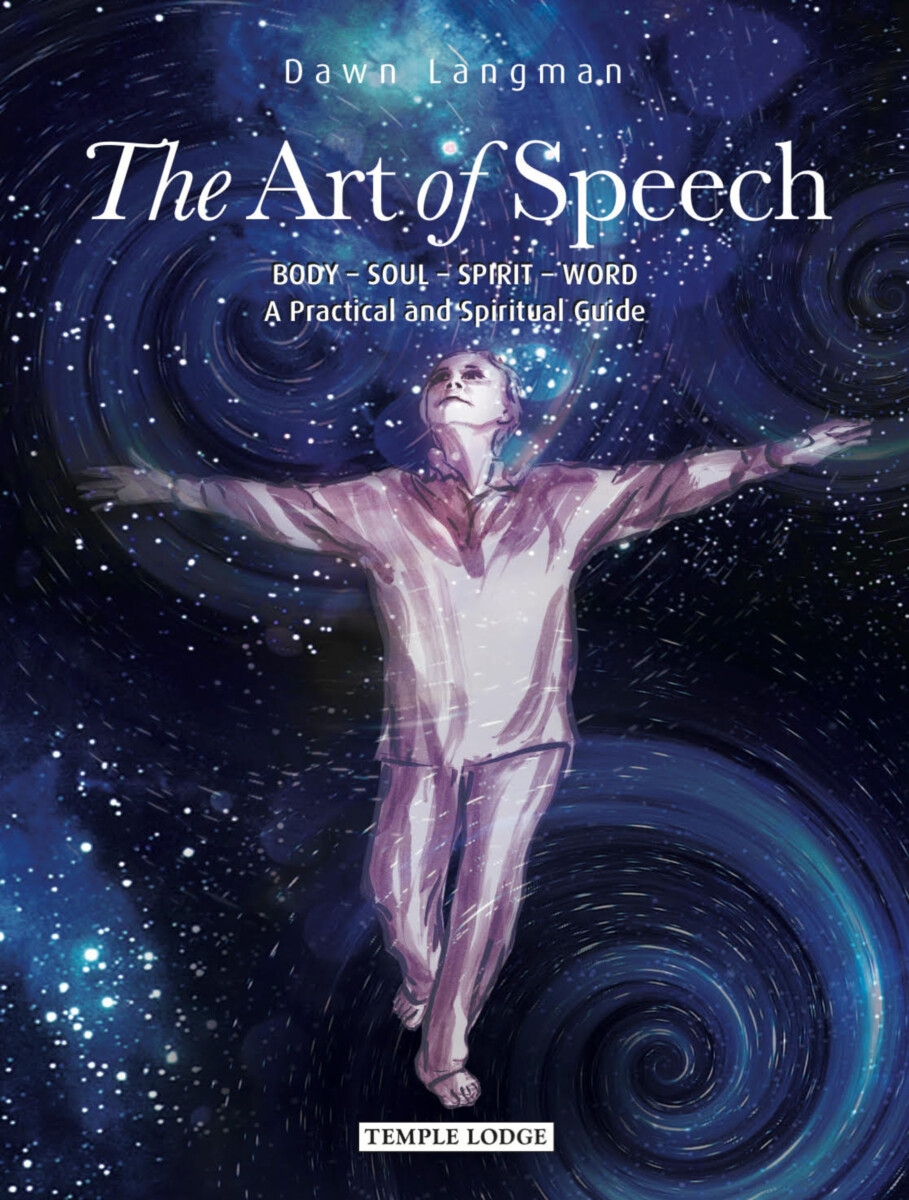 The Actor of the Future Series 2

The Art of Speech

The Art of Speech presents a dynamic path of practice leading to an experience of the Word as a living, healing and creative power. Helping to deliver Western intellectual speech from what Artaud described as "shrivelled throats" and "monstrous talking abstractions", Langman brings to life the spiritual realities out of which a true Art of Speech arises. Inspired by Rudolf Steiner and pioneered initially in the German language by Marie Steiner, this artform is illuminated here through the genius of the English language.

Langman builds a bridge between mainstream research into the intrinsic nature of Speech, and the levels of spiritual cognition that led to Rudolf Steiner's insights. Speech and language can no longer be reduced to an arbitrary collection of abstract symbols, she asserts. This book will inspire those working with these disciplines as practitioners (both artistic and therapeutic) as well as those who wish to understand their significance in human evolution, both past and future.

Following her first book The Art of Acting, this volume completes a foundation of understanding for an exploration - in the conclusion of Langman's trilogy - of an integrated art of speech and acting. Grounded in the spiritual reality of the human being, Langman presents a systematic methodology with which to explore Rudolf Steiner's Speech and Drama course.

“The Art of Speech offers to the English language a systematic, in-depth, and thoroughly readable exploration of Rudolf Steiner's original exercises. Langman's contribution, developed over decades of research, performance and teaching, is filled with relevance for today's speech artists. The powerful spiritual inspirations that stand behind the spoken word are infused throughout, giving this book its wings." —Dr. Diane Caracciolo, Associate Professor of Educational Theatre, Adelphi University

“Langman's seminal work leads the artist through a portal to an experience of the heart and the genius of speech as ‘the activity of divine creative beings.’” —Dr. Jane Gilmer, Assistant Professor of Drama, VPA, National Institute of Education, Singapore

“A prodigious work, intriguing, enlightening and passionate—and the coordination with Chekhov invaluable! Those fortunate enough to see Dawn's solo performances of King Lear and Kaspar Hauser know that this book is the fruit of living and loving experience.” —Sophia Walsh, pioneer teacher and artist of Speech Formation in the English language, Dornach, Switzerland

Table of Illustrations
Introduction
The Context
The Practice

1. Our Divine Teachers
2. The Breath of Life
3. Where Does Speech Come From?
4. I Am the Lord of the Dance
5. Speech and Etheric
6. Epic, Lyric, and Dramatic Styles
7. Goddess Most Rare: Approaching Grammar
8. On the English Language

A Bridge to “The Integrated Actor

Dawn Langman undertook a mainstream speech and acting training in Australia, followed by seven years of performing and teaching at secondary and tertiary levels. Her quest for an integrated approach that includes the spiritual dimension led her to train with Maisie Jones at the London School of Speech Formation in the method developed by Rudolf and Marie Steiner. She then taught for ten years at Emerson College in Sussex. Following this, Dawn trained in Michael Chekhov’s acting technique with Ted Pugh and Fern Sloan of the Actors Ensemble in New York. Returning to Australia, she founded the School of the Living Word, where for eight years she continued to research the integration of Speech Formation with Chekhov’s technique. She currently teaches this methodology at the Drama Centre, Flinders University, South Australia. Dawn is the author of The Art of Acting, The Art of Speech (both 2014) and Tongues of Flame, The Actor of the Future, Vol. 1 (2019).

The Background to Anthroposophical Therapeutic Speech

Creative Speech
The Formative Process of the Spoken Word (CW 280)