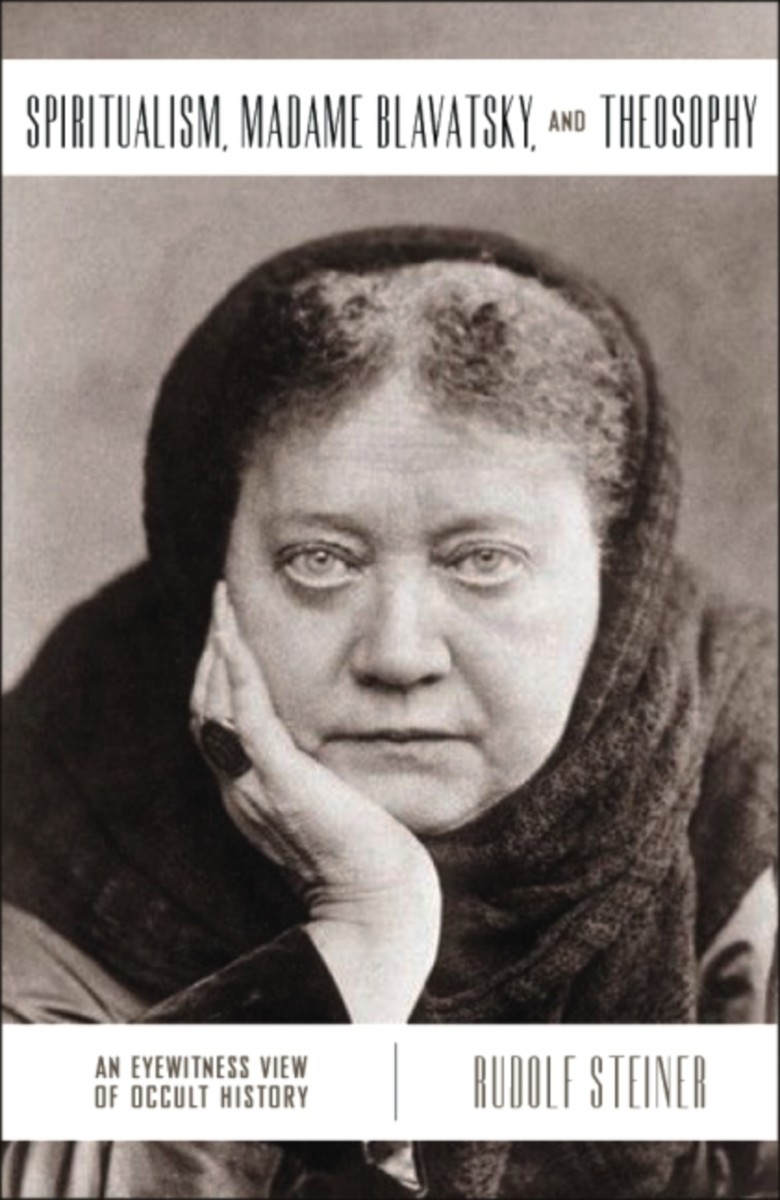 An Eyewitness View of Occult History

Selections from the Works of Rudolf Steiner

Without the spiritualist movement and the amazing personality of Helena Petrovna Blavatsky, the creator of the Theosophical Society, the spiritual revolution of the twentieth century—the so-called New Age, with all its movers and shakers—would be unimaginable. And the work of Rudolf Steiner, G.I. Gurdjieff, René Guénon, Hazrat Inayat Khan, Sri Aurobindo, R.A. Schwaller de Lubicz, and C.G. Jung could not have become what it was.

In this fascinating volume on the Theosophical movement, Rudolf Steiner, one of its primary participants, tells his story in his own words. We are told of the origins of the theosophical movement in spiritualism and somnambulism. We are given Steiner's own version of the relationship between Anthroposophy and Theosophy through his White Lotus Day Lectures, given over several years on the anniversary of Madame Blavatsky's death.

Steiner then moves into the realm of occult history, where he relates Theosophy to its historical ground in Western esotericism, especially Rosicrucianism. He reveals events from the seventeenth century that led to the emergence of Freemasonry and other secret societies, as well as the hidden history of the creation of Theosophy in the nineteenth century and the conflicts that still reverberate today between the Anglo-Saxon and Germanic occult streams.

Introduction by Christopher Bamford
Prologue: A Personal Statement (from “The Barr Document”)

PART ONE: Spiritualism, Somnambulism, and Theosophy

PART TWO: White Lotus Day Lectures
in Honor of the Anniversary of the Death of Madame Blavatsky

5. The Return of the Mysteries
6. Remembering Madame Blavatsky
7. Christ and the Further Development of Consciousness
8. Ancient Wisdom and the Heralding of the Christ Impulse

9. Materialism and Occultism
10. The Founding of the Theosophical Society
11. The Significance of the Eighth Sphere
12. More on the Eight Sphere
13. Some Background to the Role of Madame Blavatsky
14. Occult Brotherhoods
15. Madame Blavatsky’s Occult Imprisonment

PART FOUR: From Theosophy to Anthroposophy

16. Homeless Souls
17. The Unveiling of Spiritual Truths
18. The Opposition to Spiritual Revelations
19. Spiritual Truths and the Physical World
20. The Decline of the Theosophical Society
21. The Emergence of the Anthroposophical Movement

From the History and Contents of the First Section of the Esoteric School
Letters, Documents, and Lectures: 1904–1914 (CW 264)